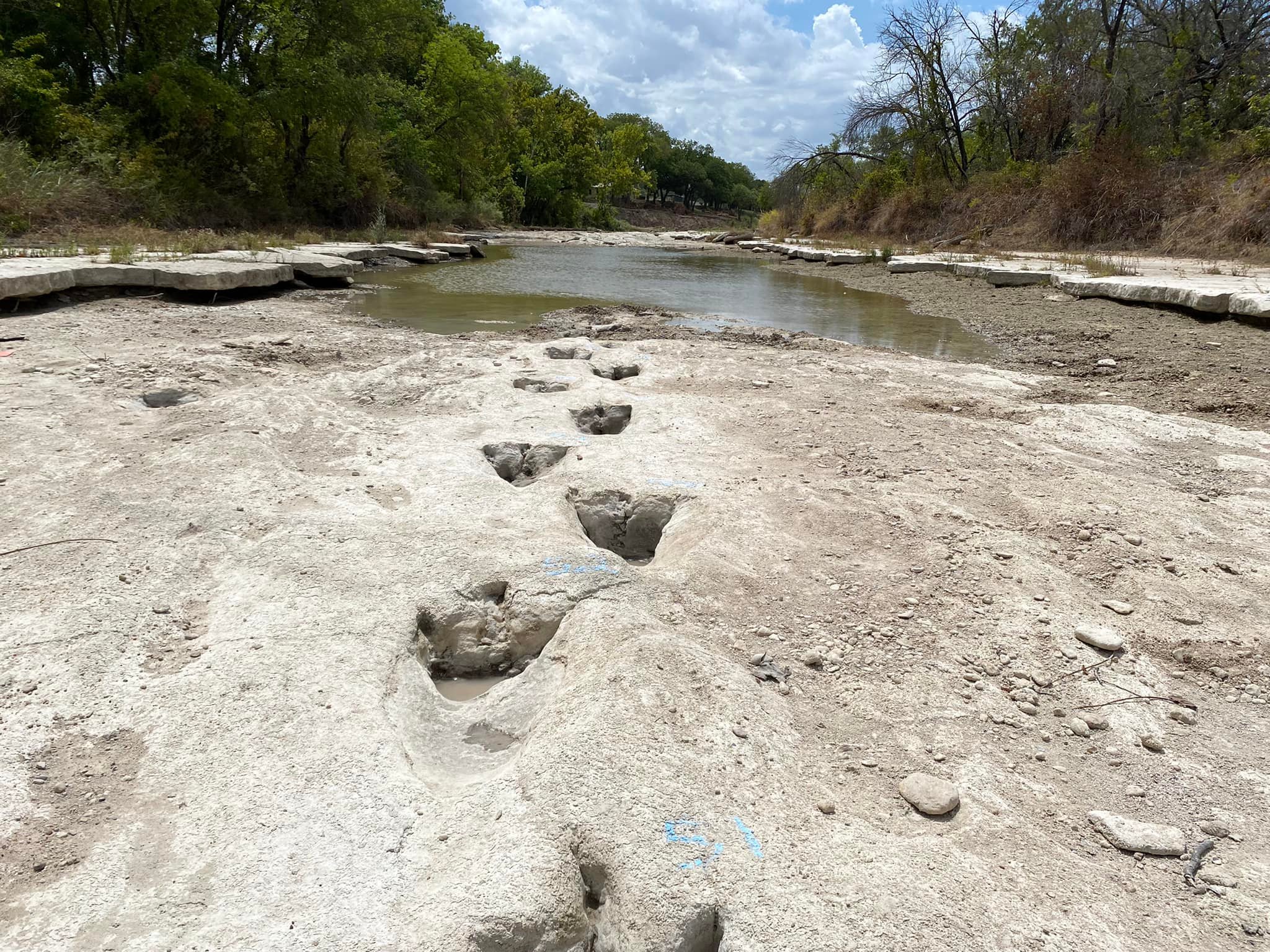 Wrecked ships, lost cities and human remains from decades ago surfaced during droughts in the American Southwest and Europe. However, the most recent discovery of land dates back to 113 million years ago.

Extreme drought in Texas has revealed dinosaur tracks in a dry riverbed at Dinosaur Valley State Park. The park is known for its multiple sets of trails that people can visit and explore on their own. However, these newly discovered tracks have not been seen since 2000.

The tracks probably belonged to Acrocanthosaurus — a bipedal carnivorous dinosaur very similar to T-Rex. This particular dinosaur was about 15 feet tall and could weigh several tons.

As the Paluxy River dries up, the tracks — which are usually covered in water and sediment — reappear. However, after heavy rain, tidal waters are likely to cover the dinosaur tracks in the sediment again. Park officials say if rain buries the dinosaur tracks again, it will help preserve them and protect them from weathering.

The park is home to tracks from ACrocantosaurus and a Sauropedon — a dinosaur with a long neck. Researchers maps these footprints in the past to try to understand how these two species interacted with each other. Check out the video below.