The provenance of the 30,000-year-old Venus of Willendorf 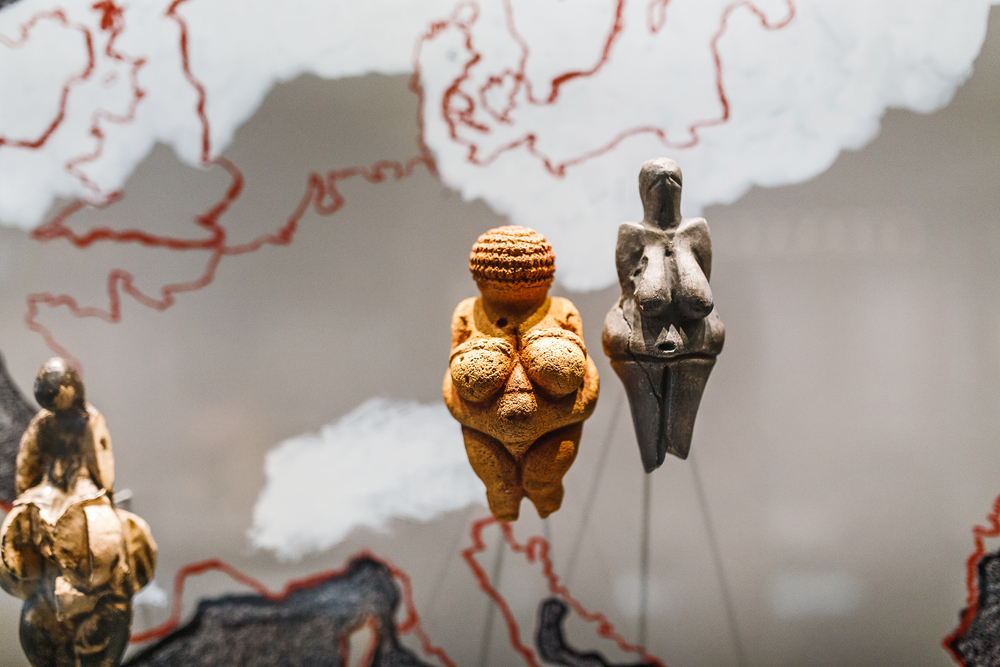 In 1908, during an archaeological dig near Vienna, excavators discovered a small stone statue depicting a woman. The statue was about four inches tall and was painted a reddish color. The excavation team cleaned it and in doing so accidentally removed the red paint.

Scientists named the statue “Venus of Willendorf”. Venus shows a faceless woman with her head bowed down. On her head, rows of jagged lines represent a hat or perhaps braids or curls. She has large breasts, a large belly with an inner navel and thick thighs, no feet.

The statue has puzzled researchers for more than a century. But now they may have answered one question: where did the statue come from?

Nor did Venus originate in Willendorf, the Austrian village where it was eventually discovered. The statue is carved from limestone, a sedimentary rock not found in the area. For more than a century since the statue was discovered, researchers have debated what the statue means and where it came from.

2022 survey in Scientific reports the study used 3-D technology to scan the statue and see inside. Researchers discovered that the statue was made of oolitic limestone. They could then analyze the statue’s internal structures and compare it to rock samples from elsewhere in Europe.

Prior to this study, researchers had long believed that the raw material used to carve the statue might have come from modern-day Ukraine or the Czech Republic. But when comparing the Venus statue with samples from these regions, the authors saw similarities with the Ukrainian material but not with the Czech material.

The most significant similarities appear in samples from northern Italy, and the authors of the study believe that the raw material used to carve the Venus came from the southern part of the Alps. This means that the statue was either carved in present-day Italy and then transported north, or the raw material was moved and later carved in Austria.

Such movement gives researchers a better insight into the lives of Gravettian people who lived in Europe during the Ice Age.

The Venus of Willendorf is one of many statues made during the Ice Age that depict a naked, fat woman. The people of Gravetianwho lived in Europe during this time were hunters and gatherers and eventually spread throughout the European continent.

Historians have long considered the Gravetian people to be homogeneous, although they ranged from southern to central Europe.

2020 survey Scientific reports supported the idea that the Gravetians had shared culture. The team used 3-D technology to scan and analyze skulls. They found little variation, which was consistent with other studies that found Gravettians to have a similar biological makeup.

Some scientists believe that the Gravetians originated in Central Europe and then descended to the Iberian and Italian peninsulas. They did not move quickly and probably advanced only about a kilometer a year on average. They also may not have encountered others during the slow migration, and scientists believe Europe had a small hominin population at the time.

Archaeologists continue to learn about the people who lived at that time and have found evidence that the Gravetians shared a symbolic culture. It is believed that the burial practices, cave art and objects found throughout Europe from this period share symbolic qualities, although modern researchers have not understood the meaning. However, these recurring symbols suggest that the Gravettians maintained a network that allowed the sharing of ideas and technology.

And for the Venus of Willendorf, more than 200 similar statues have been found. The material varies, and although most are made of limestone, some are carved in ivory. Venus of Willendorf was unique because it is made of oolitic limestone, which researchers have not seen in other female statues from this period.

It is difficult to know the values ​​of people who lived 30,000 years ago and what their symbols meant. Given the amount of Venus artefacts found across the European continent, it is clear that the statue had a shared meaning among the Gravetians.

In a 2011 article in Journal of Archaeology, the authors proposed an alternative reading. They viewed Venus as having a more mature body and possibly a middle-aged woman. The body was well nourished and showed the signs of past pregnancies. For the Gravetians, this may have been seen as an achievement and the statue may have been a symbol of hope, survival and longevity.

Other scholars argue that not only will we never fully understand the meaning of the statue, but our interpretations always will to be clouded by our own biases. It’s just too hard to go back in time and not accept our modern worldview.