Why was the pygmy mammoth only 5 feet tall 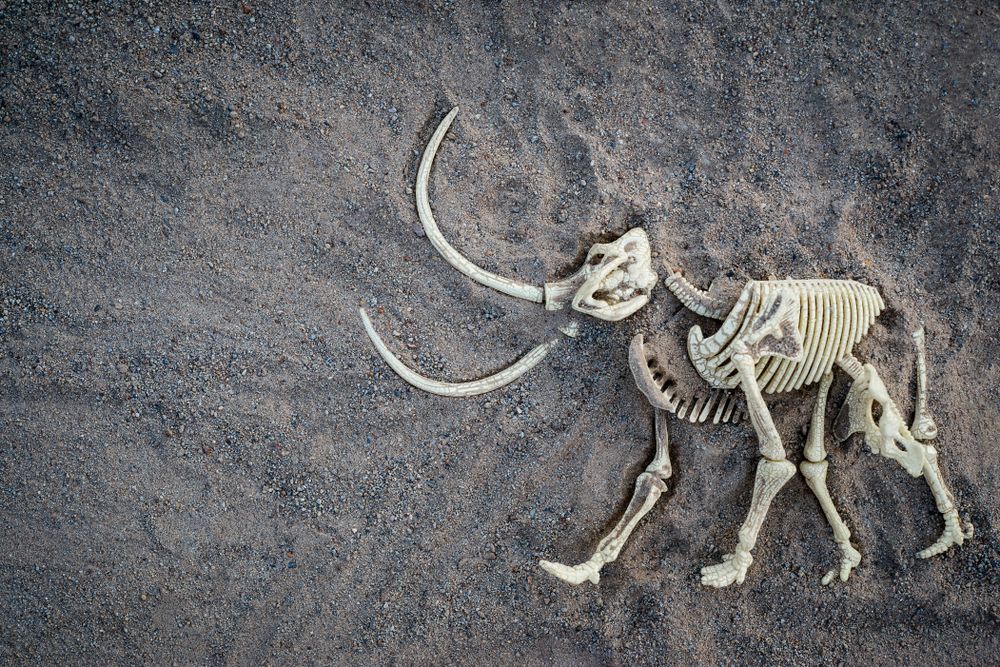 In 1873, geologist Robert Stearns discovered a single fossilized tooth in the Channel Islands off the coast of Southern California. Although considerably small, it bore the distinct edges of a mammoth tusk – not known to be among the island’s faunal repertoire.

By 1928, enough fossils had been found around the Channel Islands to make Stearns’ discovery the first of an entirely new species: Mammuthus exilis, or the small mammoth. It’s an apt name for an animal that was unusually tiny (for a mammoth), averaging 5 feet 6 inches at the shoulder, and about 10 times lighter than the larger Columbian mammoths that roamed the continent.

These miniature mammoths were not known anywhere else in the world, although they bear a striking resemblance to the larger mammoths living in California. This begs the question: If the Channel Islands were never connected to the mainland, how did these shrunken copies of North America’s largest land mammal end up so far away? Also, why were they so small?

Their history begins in the late Pleistocene, tens of thousands of years ago. At the time, lower sea levels meant that the four northernmost Channel Islands joined together to form one mega-island called Santa Rosa. This island was sometimes about 4 miles from the mainland. Today, that distance has doubled; but even the once shorter distance does not explain how the mammoths crossed the water.

The most likely explanation is that they were swimming. This would also explain why giant sloths and saber-toothed cats, abundant on the mainland but poor swimmers, never made it to the islands. Although at first glance elephants seem to be the epitome of the opposite of seafaring, they are surprisingly good swimmers. Their large body mass allows them to carry themselves easily, and their proboscis make effective snorkelers.

Scientists have even recorded African elephants swimming distances of up to 30 miles at a time. That being said, it seems much more feasible that the bulkier Columbian mammoths could have crossed the narrow strait between the mainland and the islands, driven by the appeal of the fresh vegetation that arrived on the island about 80,000 years ago.

When the newcomers arrived, they would stumble upon their own piece of the island paradise. Santarosae was both diverse in plant life and free of the dire wolves, American lions, and saber-toothed cats that roamed the continent. Gradually, mammoths began to decline – a classic example of island dwarfism.

This idea states that large organisms living in isolated environments, usually islands, tend to get smaller over time. In the absence of predators, their large size is no longer needed as a deterrent. In fact, bulkiness has probably become the shortcoming for mammoths, as the islands did not have nearly enough food to support large populations of the 10-ton herbivores.

At just over 5 feet tall, the smaller mammoths needed less food, a huge survival advantage, and were evolutionarily favored over their larger brethren. A 2015 study of mammoth teeth from Santa Rosa Island found that baby mammoths ate significantly more twigs and leaves than Colombian mammoths. One possible explanation is that, due to their smaller size, they were able to climb the steep slopes where these plants grow – a hypothesis supported by the proportions of their limbs.

Islands can offer refuge from predators and harbor unique and biologically rich ecosystems. But when the climate changes or new predators appear, the metaphorical Eden becomes a trap; after all, there’s nowhere to run. Even adaptation to the environment cannot always save an animal from extinction.

Read more: Are woolly mammoths the solution to the hairy climate change problem?

The small mammoth disappeared from the fossil record shortly after an episode of global warming and sea-level rise that began about 12,000 years ago. Coastal scrub and grasslands better suited to warmer, drier climates replaced the vegetation with which the baby mammoths were familiar. In addition, the islands gained a new inhabitant: humans. Although there is no direct evidence of humans hunting small mammoths, there are sites from the continent that show humans hunting and eating other mammoths. Small mammoths would probably be even easier to destroy than their larger cousins.

A 1966 study of pygmy mammoth bones found at ancient campfire sites on Santa Rosa Island revealed patterns of damage that matched observations at other mammoth slaughter sites around the world. Part of one skeleton was missing, despite the lack of erosion at that site, and its front leg showed signs of repeated blows. The tusks and part of the skull were also missing, probably removed by the people on the island who sought to extract his brain.

Of course, no one is sure what killed the baby mammoths. Their extinction is likely due to multiple factors as they have been caught in the crosshairs of rapid environmental change. For now, we can only imagine the herds rustling across the lush mountain slopes of the Channel Islands as they once were.