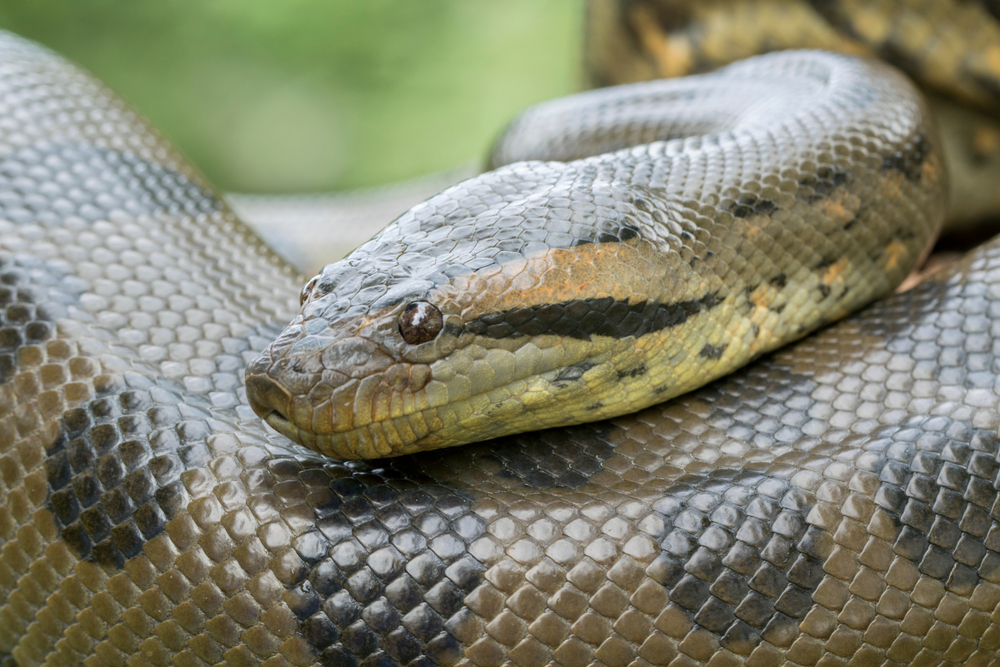 The Amazon rainforest covers a vast area spanning eight South American countries. Considered one of the most biodiverse ecosystems in the world, it is home to over 3 million animal and plant species. These include dangerous animals that you might want to avoid. Here’s a look at five dangerous rainforest animals.

There are over 800 species in the order Anguilliformes, otherwise known as “true eels”. However, the electric eel is not one of them. Real eels live mostly in salt water while electric eels live in fresh water. Actually, it’s a species knife fish. They can release an electrical charge from up to 860 voltsmaking them nature’s best natural generator of electricity.

The unique way they create electricity is with cells called electrocytes capable of producing both low and high voltage charges. Although the shock from an electric eel may not be enough to kill a person, the shock can incapacitate a person long enough, they can drown. Deaths from electric eels have been reported, so it’s best to stay away from their habitat.

More about Electric Eels: This new species of electric eel delivers the strongest shock yet

Reaching a length of 30 feet, green anaconda is the largest snake—and one of the heaviest—in the world. Although not venomous, their size and shrinking power make them an apex predator. They prey on everything from birds and small mammals to large animals such as deer, caimans, capybaras and even jaguars. Using their powerful muscles, green anacondas squeeze and suffocate their prey.

Females, usually larger than males, have been known to cannibalize smaller males. These giant snakes mate every other year – and unlike many snakes that lay eggs, anacondas give birth to live young. Females usually have 20-40 cubs.

Here a video of a green anaconda eating a capybara.

The name jaguar comes from the local word “yaguar” meaning “one who kills with one leap”. Although they are only about two pounds when they are born, they grow to an average of 120 pounds. Although it is the largest ever recorded at more than 300 pounds. Often confused with leopards, the main difference is their spots – called rosettes. The jaguar’s rosettes have smaller dots in the middle, while the leopard’s do not.

Jaguars are vigorous climbers and swimmers. They can run 50 miles per hour on land and jump 10 feet high. Unlike other big cats, which kill their prey by biting the neck to cause suffocation, the jaguar bites the skull, shattering fragments into the brain. Using their camouflage fur and hunting techniques, jaguars are keen predators. Their diet consists of birds, fish, small mammals, rodents and even caiman.

More on Jaguars: A beautiful view of a hostile planet

Currently more than 20 Piranha species can be found in the Amazon River, with up to 60 species in the lakes and rivers of South America. Modern piranhas date back to about 1.8 million years ago, while there is fossil evidence of their ancestors from 25 million years ago. Despite their Hollywood stereotype, they generally pose no significant risk to humans. If food is scarce and water levels are low, they may attack swimmers – but this usually does not result in fatalities.

A variety of vibrant, bright poison dart frogs are found at the bottom of tropical forests. The indigenous people used the poison of the frogs on the tip of their hunting arrows, giving them their name. Only a few inches long, these animals are powerful in their defense.

They naturally secrete venom through glands that cover their skin. And although the amount of venom varies by species, the golden poison toad has enough toxic venom to kill ten people. These amphibians are impressive parents, carrying their tadpoles on their backs to transport them to a water source.