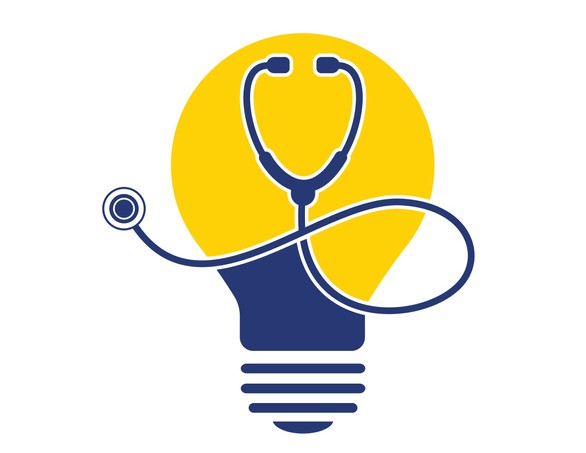 We are all recovering from the now back in person JP Morgan Healthcare conference in San Francisco that ended last week. As a journalist covering the conference itself at the Westin St. Francis and other satellite events from 2012, here are my takeaways:

The slow pace of rapid change
New advances in technology are coming at us fast and furious, but that doesn’t necessarily mean the regulatory decisions guiding their use are keeping pace. The changes are largely related to the blurring of categories.

While all this is exciting, the regulatory framework remains ill-equipped to manage this change.

“I think innovation is moving so fast, whether it’s biologics, artificial intelligence or devices, I don’t think regulatory agencies can keep up with the transformation… I don’t know the answer, but it looks like we’re about to we have a major car crash in the regulatory world,” Kasdin said.

It’s all about primary care
Specialty care is the area that accounts for the lion’s share of healthcare spending, but primary care is where companies are laser-focused. Whether it’s providers, payers, or even retailers, having a strong primary care strategy is what people have rallied around and will continue to focus their efforts on value-based care.

Last week, CVS Health — which has openly said it would want to buy a primary care company, reportedly Oak Street Health, though others disagree — announced a $100 million investment in Carbon Healthwhich is a primary and emergency healthcare company.

Lyle Berkowitz, a former medical practitioner and now CEO of telemedicine startup KeyCare, believes everyone is focused on owning primary care because it’s the biggest funnel for engaging with a large potential customer base that, after other care and services may be delivered.

More chances for rapid acquisitions as opposed to biotech megamergers

Dealmaking in the biopharma world will continue on its path of more stealthy acquisitions instead of big companies making big deals in search of synergies. This is different from the hospital world, which has seen its fair share of large cross-market mergers that continued even into 2022.

“We’re not necessarily seeing a lot of large-scale M&A, we’re seeing single-digit billion-dollar deals,” said Matthew Leskowitz, mmanaging director of healthcare investment banking at Goldman Sachs. “Many of the deals in this environment are in commercial or near-commercial assets.”

Not all providers have to provide care at the top of their license
As the pandemic emergency wanes, what type of care should large health systems provide? It should be complex care and urgent care, some say.

But the reality, as mentioned above, is that it’s all about primary care. Health systems, payers, providers, retailers are all looking to strengthen their positions in this area. This means that primary care – assuming it is routine care – can and should be virtualized. That’s the philosophy of companies like KeyCare, mentioned above, which uses an Epic-based telehealth platform to target virtual care providers to health systems that want to provide this convenience to their patients.

“Part of our focus is to help offload from health systems much of what I call the triple R effect — the routine, repetitive, rules-based care — the easier, commercialized type of work,” said its CEO, Berkowitz. “It opens up the health system to be able to take care of the more complex problems.”

And that’s exactly the vision of CommonHeath Spirit CEO Wright Lassiter III when asked what the doctor’s role is in the future, given that so many different companies are trying to provide primary care. He believes in it some suppliers will be goodsalthough it is not what he envisions for his own organization.

“I don’t like just being a commodity. So I think for some of us, that’s what you’re going to be, and it’s not a negative role. It’s just more limited. I think our job is to be more than a commodity to all these people. Our role is in some cases to be counselors, in some cases to be connectors, not just someone at the bottom of the totem pole who somehow feeds off the scraps.

Shouldn’t innovation replace other things that came before?

Controlling costs and achieving better results is what was discussed endlessly on numerous panel discussions, no matter where you were in San Francisco last week. You would think that all the innovators in the room would be discussing the delivery of new therapies that make what was before less useful.

But it appeared in several interviews that while truly innovative therapies are being developed, it just adds choice and cost to the system. For example AstraZeneca buys CinCor which aims to develop a drug to treat resistant hypertension. The company is still a few years away from a US regulatory nod, but it’s not intended as a pill that eliminates the need to take other hypertension drugs. You’d take it as an “add-on” to whatever else you’re taking, said Maina Bhaman, VC at Sofinnova Partners, who sits on the company’s board. Although she describes CinCor’s product as a “strongly differentiated drug,” the idea is still for patients to take it in addition to beta blockers or calcium channel blockers. Eliminating the use of other drugs, if CinCor is successful in its Phase 3 trials and ultimately with commercialization, is still only a “potential.”

But does it make sense from a cost perspective to add more and more pills – even very new ones – to the market without eliminating the use of other drugs that treat the same condition with better results? Is it really medically necessary to prescribe multiple medications to manage a condition? More importantly, will it make sense for FDA and CMS?

Another small public company developing an Alzheimer’s drug that I met benefited from this acceptance of taking multiple drugs. She was responding to a question about the competition, given that two, albeit flawed and controversial, Alzheimer’s drugs have been approved by the FDA.

Innovation may be about providing consumer choice, but given that life expectancy in the US only changed about 4 years between 1990 and 2021 to 79 years, while health care costs have soared through the roof—from $718.7 billion to $4.26 trillion—perhaps rethinking this approach to innovation is in order. And that doesn’t mean just targeting any industry, but taking a hard look at what we spend on as a whole.

“Why do we do this every year?”
The weather gods rarely cast a kind eye on San Francisco in January when the healthcare hordes descend on the city for this annual conference. But this year, it seemed like the gods had abandoned Golden State almost entirely. Atmospheric rivers meant near-constant rain, sometimes sideways with a wicked, cold wind, overturned umbrellas, lateness to meetings and sour moods.

A gentleman with an umbrella who was not in the best of shape gave me a sad look when we were both standing at an intersection during a heavy rain one day.

“Why do we do this every year?” he asked me.

I smiled. No answer was necessary.

We do a lot of things in healthcare that are insane.

PS – My thanks to all the people who didn’t come to the Westin St. Francis for this year’s conference – it made the elevator ride to the press room and to the meetings faster. My sincere thanks to any JP Morgan conference organizer who may be reading for making certain structural changes around the companies’ presentations that have made my life much easier. Please do this constantly.