6 types of minerals and metals found in your mobile phone 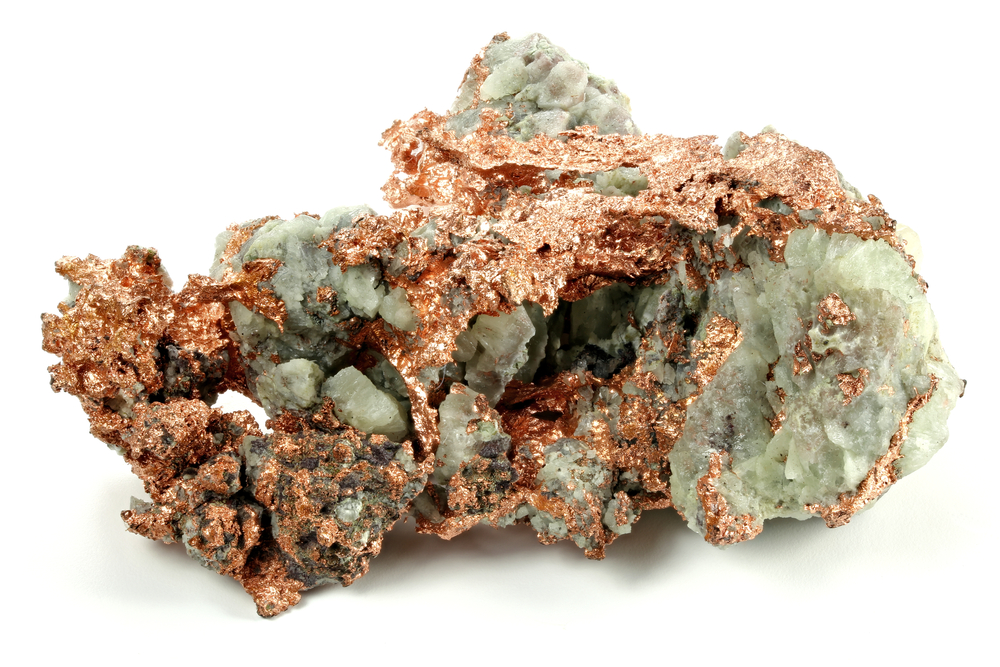 Mobile phones are ubiquitous these days. Everyone has one and everyone uses it all the time. But have you ever thought about what goes into making a mobile phone – specifically, the precious minerals and metals that go into making it? Cell phones are made with a variety of rare materials that are often mined in countries around the world. So what’s really in your cell phone? Here are the minerals and metals you carry with you every day.

Copper is one of the oldest mined metals in the world. It has been used for more than 10,000 years. A reddish-brown color that is malleable compared to other metals, copper is used in telephone circuits because it is a good conductor of electricity. It is also the most important element used in phone electronics as a whole since then makes the connectors and wires. The most copper is found in porphyry copper deposits in the large chunks of molten rock that make up the Earth’s crust. Chile is the largest producer of copper in the world, extracting 28 percent of this precious metal.

Lithium mineral, which is used in mobile phones. (Credit: RHJPhtotos/Shutterstock)

Lithium is the soft, light metal that charges cell phones. It’s used in rechargeable lithium-ion batteries, which give phone batteries their power and density, and help them charge faster and last longer. Unlike other metals, lithium does not occur in an elemental state. Instead, it is extracted from lithium rocks and from lithium chloride salts. like honey, Chile is the world’s largest lithium producer. The country derives most of its precious metal from The Atacama Salt Flat. Argentina produces the second most lithium in the world.

Silicon is an element found in quartz. It’s used to it they make chips and microprocessors in your mobile phone. Silicon is also found in the earth’s crust. The type of silicon dioxide used to make mobile phone chips is an ultra-refined and inherently delicate form of silica particles. These important deposits of silica sand are found in places such as Queensland, Australia, as well as mid-Atlantic states in the US such as North Carolina and Virginia.

Germanium is a mineral for the production of semiconductors in mobile phones. (Credit: Bjoern Wylezich/Shutterstock)

Germanium is used to make semiconductors in mobile phones. This silver-white, brittle element is commonly used in many electrical devices. The rare mineral is found in rock deposits of germanite and argyrodite, as well as in zinc ore. The US has germanite, but we still rely heavily on China, which produces more than 70 percent of the mineral in places like Yunnan province. Inner Mongolia is also known to produce the mineral.

Bauxite is the main source of the mineral gallium, which is used to make the LED backlight that makes our phones glow brightly at night. Most of the world’s bauxite is found in the tropical and subtropical regions of the world. The biggest “general deposits” are found in places like West Africa, South America, Australia and India. Australia is the largest producer of the mineral in the world. Miners extract the material from surface and underground deposits, and the mineral gallium is a byproduct of the process.

Potassium, which is used in cell phones. (Credit: Fokin Oleg/Shutterstock)

Potassium comes from an element called orthoclase and is used to create a touch screen on your mobile phone. It is derived from a potassium salt called sylvite, which is found in places like Canada, Russia and Belarus. Mobile phone screens are treated with potassium salts at the end to add durability so they can survive all the drops and destruction we subject them to on a daily basis.

These are just a small fraction of the many precious minerals and metals used to make the cell phones we depend on every day. No matter where it’s made, manufacturers rely on materials from at least a dozen countries or more to make your phone shine bright, conduct electricity, hold a charge, record a message, take a photo, and so many other functions we take for granted. a given.