A Brief History of Champagne: Were Those Bubbles Accidental? 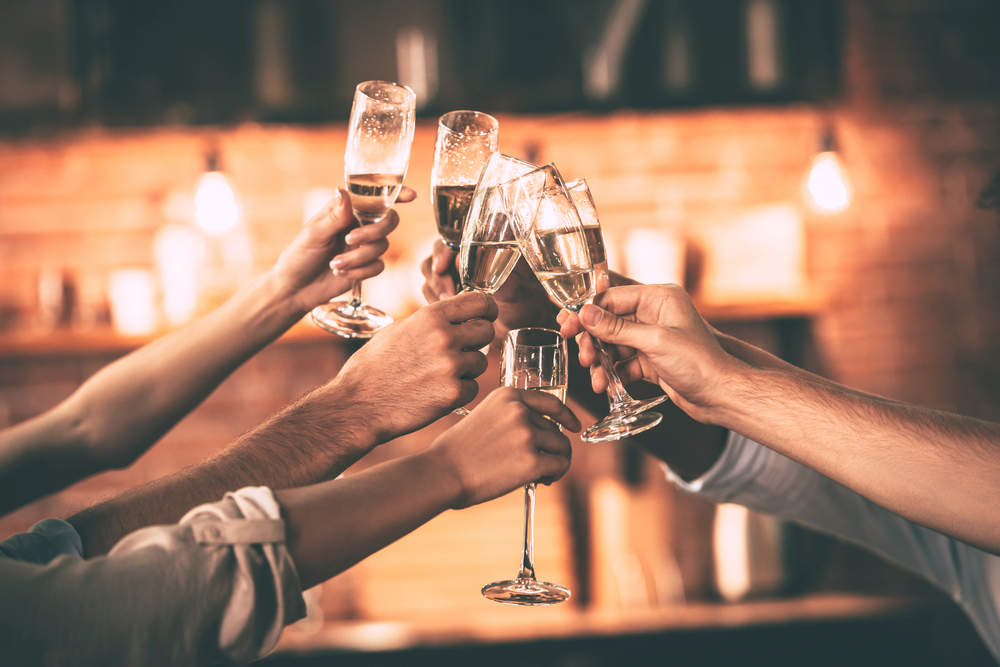 As the New Year begins, the familiar sounds of cheers and the singing of Auld Lang Syne are usually joined pop and noise from a bottle of champagne. This sparkling wine comes from only one region in the world and has a long and unique history.

Here’s a brief history of champagne so you’re ready to toast the New Year.

Champagne comes from the Champagne region of northeastern France, and while sparkling wine is made in other parts of the world, it can only be called champagne if produced in that region. The Romans introduced it to the area in the first century AD, but wines from this region gained popularity in ninth century. The Champagne region became especially popular after Reims Cathedral became the site of the coronation.

In the 13th century, the region became a trading center and hosted several festivals. Here merchants brought champagne back to countries like England, Italy and Spain and spread the word about this new French wine. At that time, however, champagne was not the golden bubbly wine we know today; it was actually pink and motionless. The the bubbles will come laterand perhaps, by accident.

The Champagne region experiences warm springs and summers and relatively cold winters. To such an extent that in winter the fermentation of the wine stops completely. When temperatures warm in the spring, the yeast that has been dormant all winter will begin to release carbon dioxide, causing the weaker French glass bottles to explode.

Bottles that didn’t explode contained bubbles, much to the winemakers’ dismay. For many winemakers, bubbly wine was considered a failure—and they often looked for ways to rid their wine of bubbles. One of the most notable people to do this was Dom Pérignon.

French Benedictine monk Dom Pérignon (1638-1715), consecrated 47 years from his life to perfecting the wine. Although he is often credited with adding bubbles to champagne, he spent much of his career trying to remove bubbles. Pérignon was a master at blending wines and is even credited with creating the first still red wine, according to his disciple – Frère Pierre. He made the champagne press, which reduced the amount of time the grape skins were in contact with the grape juice and helped the wine’s clarity.

It uses cork stoppers versus wooden stoppers. He also replaced the French glass bottles with stronger English glass bottles, which helped keep the bottles from exploding. And he played a crucial role in perfecting pure wine using black grapes. These tools helped lay the foundations for Champagne’s success.

After Dom Pérignon, champagne became increasingly popular among the French and English elite. The English were particularly fond of sparkling wine even before it became a popular method.

Champagne was a more expensive wine, mainly because of the extra care that went into making it. Winemakers added sugar in the early 19th century to create more alcohol and the perfect amount of fizz. However, too much sugar can cause the wine bottle to burst, and too little can spoil the carbonation.

In 1836, Jean-Baptiste François – a French chemist – created a scale to measure how much sugar should be added to create the perfect amount of fizz and not break the bottles. Thanks to its scale, bottle breakage dropped from 90 percent to 8 percent.

In the 20th century, champagne and its producers faced various problems, such as mana caused by phylloxera, an invasive insect. Winemakers had to add American vines to their vineyards, and the region’s wine is said to have never tasted the same. Vineyards and winemakers suffered significant losses during the First and Second World Wars. Economically, the champagne industry suffered during American Prohibition and the Great Depression. However, after the end of the Second World War, the Champagne region recovered and continues to produce the best drink for celebrations.