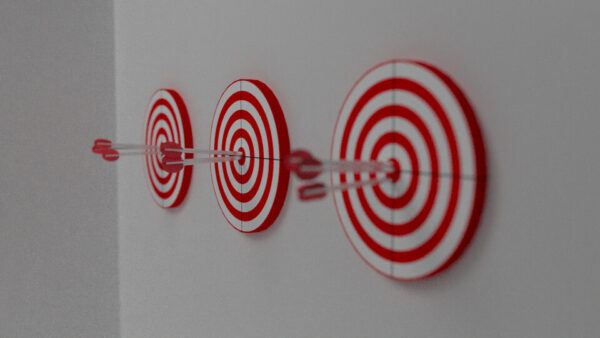 For targeted cancer therapy to work, it is not enough to identify the right targets to hit with the drug. Equally important is the selection of patients suitable for a given therapy. Scientists at Acrivon Therapeutics say their approach has advantages over genetically based patient selection. The Acrivon technology is nearing its first human trials with a drug acquired by a major pharmaceutical company. The IPO market, like the weather, turned cold, but Acrivon still found a way to raise nearly $100 million for its clinical trial plans.

Acrivon came close to the nine-figure IPO it wanted, but had to cut its stock price and sell more shares to make it happen. Last week, the biotech offered more than 7.5 million shares for $12.50 apiece, which grossed $94.4 million. When Akrivon was placed prerequisites for the IPO earlier this month it planned to offer 5.9 million shares at a price in the range of $16 to $18 each.

Matching a cancer drug to a patient is usually done according to genomics. This works when tumors have a single driver mutation that causes the cells to become cancerous. But Acrivon notes that more than 90 percent of all human cancers do not have such mutations. Instead of looking for a genetic target, Acrivon measures proteins that are critical to the mechanisms driving the tumor. The company claims that this proteomic approach could be applicable to most cancers that do not have genetic changes in the drug itself.

“Our founding vision is that proteomic biomarkers enable direct measurement of mechanisms leading to disease and enable precise matching of drug action regardless of underlying genetic changes,” Acrivon said in its updated prospectus.

The science behind Acrivon’s technology stems from the research of co-founder and CEO Peter Blume-Jensen, whose experience in the pharmaceutical industry includes senior roles at EMD Serono and Merck & Co. 2001 articles published in the journal Nature, Blume-Jensen and co-author Tony Hunter describe how cancer is driven by dysregulated protein signaling.

Acrivon, whose name is derived from the Greek word for “accurate,” was established in 2018. The company’s technology platform, called Acrivon Predictive Precision Proteomics, or AP3, develops tumor biopsy tests that can be used to match a drug with the most likely patients to answer it. These tests, called OncoSignature, measure elevated levels of tumor-dependent proteins that are specific to the biochemical pathways targeted by the drug. Acrivon uses OncoSignature to guide the development of internally discovered drug candidates that are currently in preclinical development. For OncoSignature’s first test in a clinical trial, the biotech turned to a molecule that stalled in Eli Lilly’s hands.

Lilly’s drug, prexasertib, has a long history of multiple discontinuations. Originally developed in collaboration between Array Biopharma and Icos, the drug joined Lilly through the pharmaceutical giant Acquisition of Icos for $2.1 billion in 2007. The heart of this deal was the blockbuster erectile dysfunction drug Cialis; prexasertib is still preclinical at this time.

Prexasertib is designed to treat cancer by interfering with the way tumors repair themselves. The rapid and uncontrolled cell growth characteristic of cancer wreaks havoc on cancerous DNA. Tumors rely on a DNA damage response, a repair mechanism driven by certain proteins. The Lilly drug, which Acrivon has renamed ACR-368, is designed to block CHK1 and CHK2, two proteins that temporarily stop cell replication to allow repair of DNA damage. Blocking these proteins prevents these repairs, leading to cell death instead.

No CHK1/2 inhibitors have been approved by the FDA yet. Lilly has expanded its CHK1/2-blocking drug to multiple Phase 1 and Phase 2 clinical trials, but stopped working on the small molecule in 2019. According to Acrivon’s prospectus, Lilly’s Phase 2 trials in ovarian cancer produced an overall response rate of just 12%. Acrivon believes that by identifying likely responders, its technology can lead to better response rates.

Acrivon was able to obtain pre-treatment samples from a subset of ovarian cancer patients who were participating in prexasertib trials conducted by the National Cancer Institute (NCI) and Lilly. According to the IPO filing, a third-party biostatistician reviewed the trial data and OncoSignature results and found that using the Acrivon test to identify patients suitable for the therapy increased the response rate to 47% in the NCI study and 58% in the Lilly study. Akrivon also said the analysis was able to eliminate patients who were less sensitive to the drug, which would have spared them treatment that would not have helped them.

Acrivon plans to advance ACR-368 to single-arm Phase 2 trials in ovarian, endometrial and bladder cancer. Participants in the trials, which the company said could support potential regulatory submissions, will be subgrouped according to their sensitivity to the test drug, as determined by OncoSignature.

Akrivon acquired prexasertib in 2021 cheap. According to the IPO filing, the biotech paid $5 million in cash and issued Lilly stock in the company. Acrivon could pay Lilly up to $168 million in milestone payments related to the drug’s progress, plus sales royalties if it reaches the market. The deal also gives Lilly limited first-party rights to negotiate a buyback of the cancer drug. This right expires 45 days after the completion of certain clinical milestones not specified in the IPO filing.

While ACR-368 gives Acrivon an asset ready for a new set of mid-stage tests, its preclinical programs address other pathways key to DNA damage response. One concerns a protein called WEE1; the other protein called PKMYT1. There are competitors developing drugs that address the DNA damage response. GSK acquired Sierra Oncology largely because of the promise of the myelofibrosis drug momelotinib, but this biotech pipeline also includes the CHK1 inhibitor SRA737. Phase 2 work on adavosertib, a small molecule blocking WEE1 that AstraZeneca licensed from Merck, was stopped last summer. But others that have reached the clinic with WEE1 inhibitors include Zentalis Pharmaceuticals, Debiopharm and Impact Pharmaceuticals.

Acrivon’s stock market debut comes almost a year after that raised $100 million in Series B funding. Prior to the IPO, the biotech had raised $119.8 million, according to the filing. Chione is the largest shareholder in Acrivon, owning 18.4% of the company after the IPO. RA Capital Management holds a 7.5% stake. Acrivon reported that its cash position was $83.9 million at the end of June. The majority of the IPO cash will go toward the development of ACR-368. Between $80 million and $90 million is planned to define the drug’s manufacturing processes and product specifications, as well as to develop companion diagnostics, according to the filing.

Over time, Acrivon plans to test ACR-368 in other cancers based on drug sensitivity assessed by OncoSignature. These cancers include squamous cell carcinoma of the head and neck, human papillomavirus positive, and anal and cervical cancer. The IPO filing said the company plans to use some of the new capital to start a mid-stage trial in patients with HPV-positive tumors. Another $15 million to $20 million is earmarked to complete preclinical testing leading to an exploratory new drug application for at least one of the company’s preclinical programs. The company will use the remaining cash to continue development of the AP3 technology and for other research and development. Acrivon expects the cash to support the company in the fourth quarter of 2024.