Americans are confused about their medical bills. Here’s how the healthcare industry can help – MedCity News 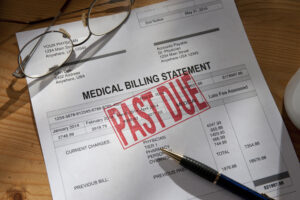 The survey was published on Friday by AKASA, a developer of AI for healthcare operations. It was conducted online in March by YouGov and included responses from 2,026 American adults.

“These results show that medical billing is still a black box for patients,” Amy Raymond, vice president of revenue cycle operations, said in the report. “The onus is on healthcare organizations – both providers and insurers – to make medical billing less painful for patients who may fear going into debt and avoid seeking medical care.”

A strategy for healthcare leaders when it comes to medical billing is to automate certain processes so revenue cycle professionals have more time to work with patients, Raymond said.

“Automation makes it possible to eliminate much of the tedious work of revenue cycle professionals, freeing them to become patient advocates,” said Raymond. “For example, automating authorization status frees them up to help initiate authorization in a more timely manner while preventing appointments from being canceled. Staff can also take on more patient-focused activities, such as financial advice, to provide a better overall experience.”