And the King of Matching Indicators flips over 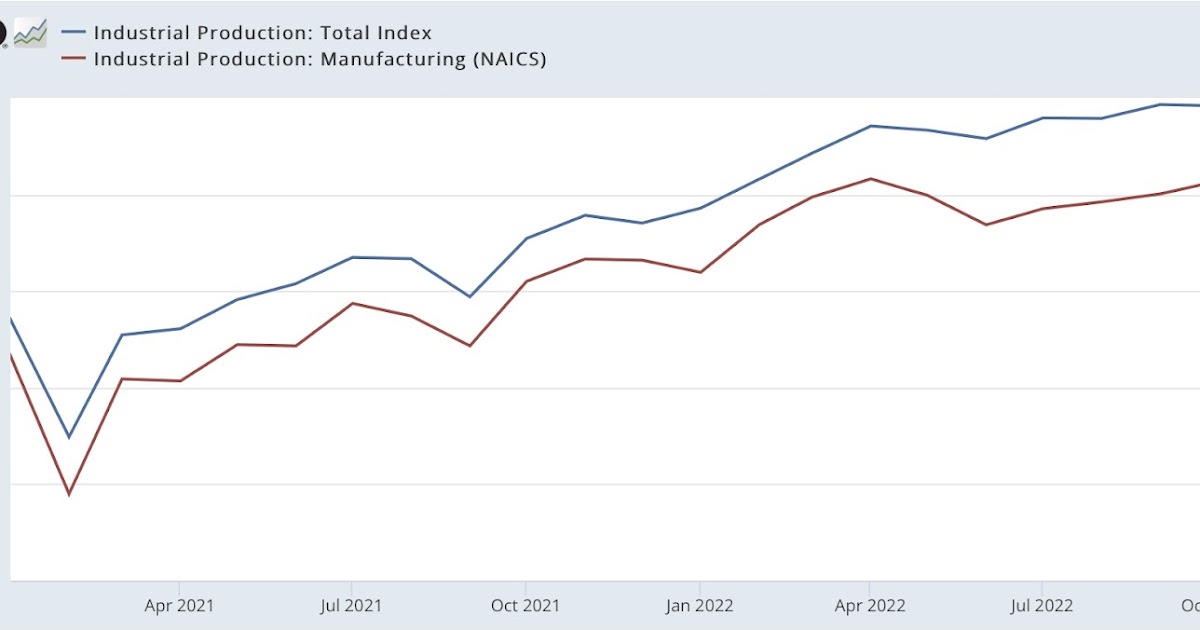 The second big – and big negative – report this morning was for industrial production, the King of Coinciding Indicators (I call it that because historically it more often marks the exact +/-1 month that a recession starts or ends).

If manufacturing did indeed peak in October, we are much closer to a recession than previously thought.

With that in mind, let’s look at the other two matching indicators of the “big four” in addition to wages used by the NBER to calibrate expansions and recessions. These are real manufacturing and commercial sales and real personal income minus transfer receipts:

Both have recovered nicely since June with the big drop in gas prices (which is likely over), but are still below their early 2022 highs. I expect them to stall or worsen over the next few months, but let’s wait for the data .

The bottom line is that job growth is really the last consistent indicator standing at this point. When jobs roll over, the recession has begun.