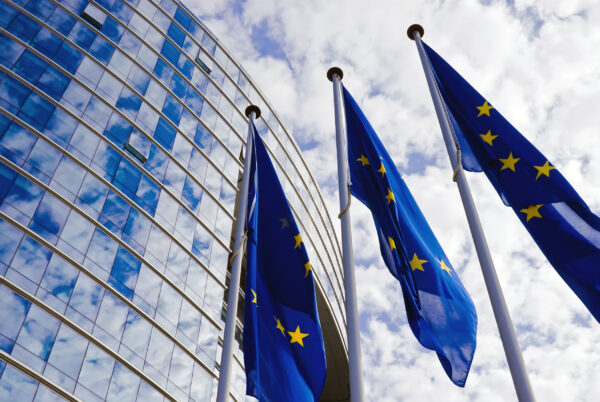 An early spike in respiratory syncytial virus this year has some health officials worried that this season could be a tough one. Babies, who are among the most vulnerable to infection from this pathogen, now have a new protective measure. The European Commission on Friday provided trade permit to a drug by AstraZeneca and Sanofi that protects newborns from RSV infection in the first months of their lives.

The drug, an antibody called nirsevimab, is designed to bind to the RSV fusion protein, preventing the virus from using that protein to enter cells. Partners AstraZeneca and Sanofi will market the new drug under the name Beyfortus.

AstraZeneca and Sanofi’s drug protects in a different way than the vaccine. The vaccine triggers the immune system to produce an antibody, which offers so-called active immunization. This type of immunity can take weeks to develop. Beyfortus is the protective antibody created in a laboratory. Administered directly to the baby, this passive immunity provides immediate protection.

AstraZeneca previously commercialized a different RSV drug, Synagis. This antibody was developed to provide premature babies with protective antibodies that they lack. But Synagis has a half-life of about 20 days. It is dosed as an intramuscular injection before the start of the RSV season, then once a month during the RSV season.

AstraZeneca describes Beyfortus as a next-generation RSV antibody. It is designed to have a long half-life – long enough to last an entire RSV season. This longer life is intended to protect the baby during the first six months of life, the time when the baby is most vulnerable to RSV infection. Beyfortus may also appeal to more babies because the product’s label broadly covers infants, not just those born prematurely.

The European Commission’s decision is based on the results of clinical trials showing that, compared to placebo, a single dose of Beyfortus achieved the primary objective of reducing the incidence of medically diagnosed lower respiratory tract infections during the RSV season. The companies reported that the safety of the drug was similar to placebo. In addition, the results of clinical trials show that the safety and tolerability of Beyfortus is comparable to Synagis.

Bayfortus vaccine alliance between AstraZeneca and Sanofi dates back to 2017, when the antibody was still in mid-stage clinical testing. Sanofi paid its new partner 120 million euros in advance; another €495 million was tied to the achievement of milestones. Under the terms of the deal, AstraZeneca assumed a lead role in development and manufacturing. Sanofi will lead the commercialization of the product. Partners share equally in development costs and sales profits.

AstraZeneca and Sanofi aren’t the only companies trying to improve how babies are protected from RSV. Earlier this week, Pfizer reported positive Phase 3 data for its infant RSV vaccine, called RSVpreF. This vaccine offers a different form of passive immunization. This maternal vaccine is given to a healthy mother whose immune system produces antibodies that cross the placenta and into the baby. Pfizer said it plans to seek FDA approval by the end of this year, followed by regulatory submissions to other global authorities in the coming months.