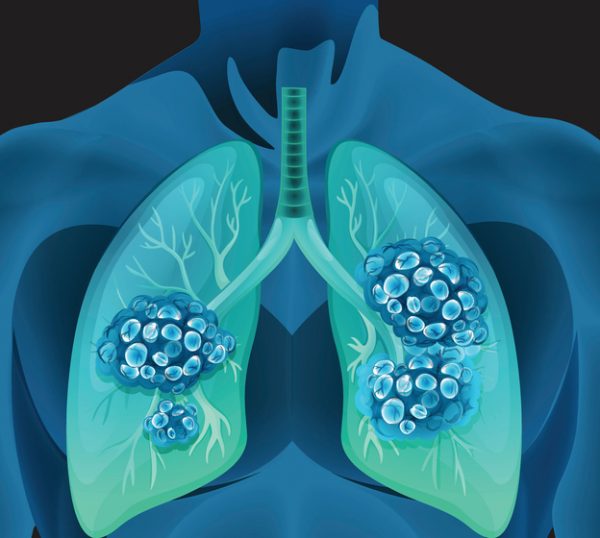 The approval, announced late last week, specifically covers the use of the drug Imjudo in combination with AstraZeneca’s other approved immunotherapy plus chemotherapy to treat adults whose NSCLC has metastasized. NSCLC is the most common type of lung cancer.

Imjudo is part of a class of drugs called checkpoint inhibitors. These antibody drugs block proteins that tumors use to avoid detection by the immune system. Imjudo targets CTLA-4, a checkpoint protein found on the surface of immune cells. The drug is dosed in combination with Imfinzi, an AstraZeneca antibody that blocks a different checkpoint protein on tumors called PD-L1.

The FDA’s decision on Imjudo was based on the results of an open-label phase 3 trial that included more than 1,000 patients with metastatic NSCLC. The drug was tested in a dosing regimen that included treatment with Imfinzi and chemotherapy. According to the trial results, five cycles of Imjudo added to Imfinzi, plus four cycles of chemotherapy, reduced the risk of death by 23% compared to different ranges of chemotherapy treatments. After two years of treatment, approximately 33% of patients who received Imjudo were alive, compared with 22% of those in the chemotherapy group. AstraZeneca said the treatment combination also reduced the risk of disease progression or death by 28% compared with chemotherapy alone.

“Metastatic non-small cell lung cancer remains a significant treatment challenge because many patients’ tumors do not respond well to standard therapies, including checkpoint inhibitors,” Johnson said in prepared statement. “The approval of this dual chemotherapy immunotherapy regimen introduces a new, generally well-tolerated treatment option for patients with this devastating disease and gives them the chance to benefit from the long-term survival advantage seen with CTLA-4 inhibition.”

The updated survey results were presented in September during the European Society of Medical Oncology conference. After about four years of follow-up, overall survival in the Imjudo group was improved by 25% compared to chemotherapy alone. About 25 percent of patients who received the drug combination were alive after three years, compared with 13.6 percent of those who received chemotherapy alone. These updated results were also published in the Journal of Clinical Oncology.

The most common side effects reported in clinical trials include nausea, fatigue, decreased appetite, muscle aches, rash, and diarrhea. AstraZeneca said the safety of Imjudo and Imfinzi was consistent with the safety profiles of each drug and no new safety signals were reported.

Applications for Imjudo in NSCLC are currently under regulatory review in Europe, Japan and several other countries. Immunotherapy won first approval in late October, a decision that cleared the drug as a treatment for hepatocellular carcinoma, the most common type of liver cancer. Like the approval for NSCLC, the decision for liver cancer covers the use of the drug in a new dosing regimen with Imfinzi. AstraZeneca is testing the Imjudo and Imfinzi combination in other cancers, including locoregional hepatocellular carcinoma, small cell lung cancer and bladder cancer.

Imjudo’s latest approval came days after another immunotherapy, blocking a checkpoint protein, won approval for lung cancer. The FDA approved Regeneron Pharmaceuticals’ Libtayo as first-line treatment for advanced NSCLC. It was the drug approved last year as monotherapy for the treatment of NSCLC in which tumors express high amounts of PD-L1. On Nov. 8, the FDA expanded NSCLC approval to include the use of Libtayo in combination with chemotherapy, expanding the range of patients who can be treated with the drug.