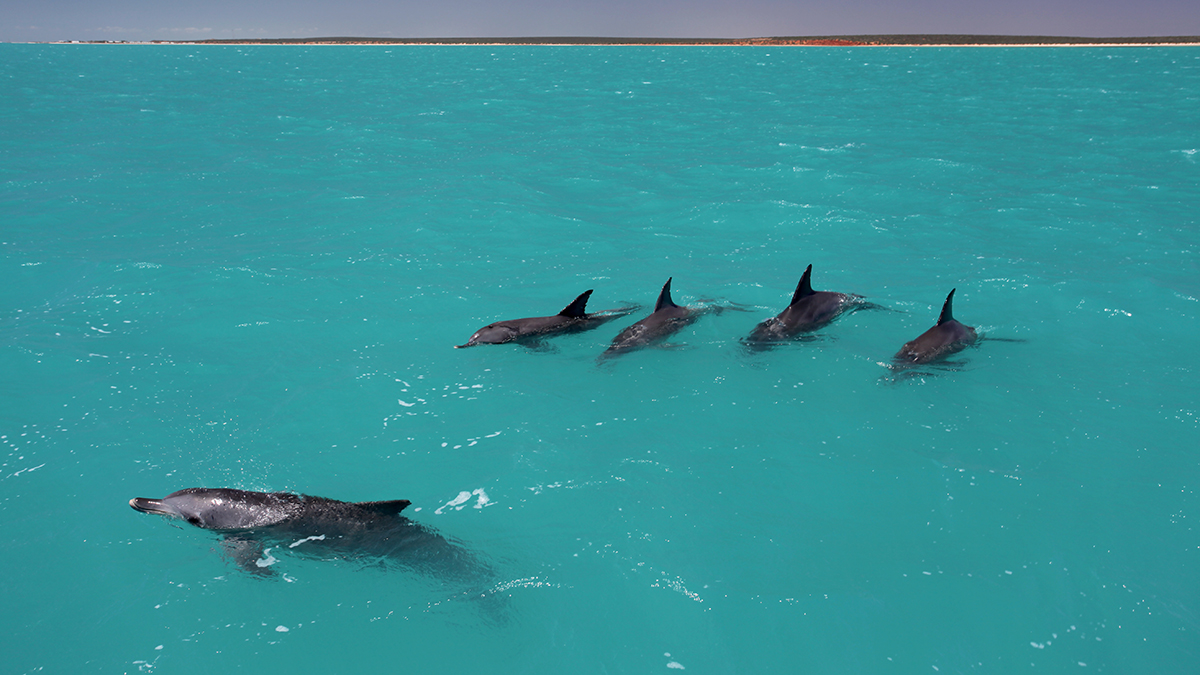 Bottlenose dolphins form multi-level alliances to find mates – the largest known network outside of humans, according to a new study. Bottlenose dolphins are social creatures, usually traveling in pod of 12 or more, although they occasionally get away on their own.

“Cooperation between allies is widespread in human societies and is one of the hallmarks of our success,” says lead author Stephanie King in press release. “Our capacity to build strategic cooperative relationships at multiple social levels, such as trade or military alliances both nationally and internationally, was once thought to be unique to our species.”

King went on to explain that “not only did we show that male puffins form the largest known network of multilevel alliances outside of humans, but that cooperative relationships between groups, not simply alliance size, allow males to spend more time with females, thereby increasing their reproductive success.’

The researchers found that the amount of time male dolphins spent with female dolphins depended on how well they bonded with third-level alliances.

Group cooperation in humans was once thought to be one of the unique characteristics that separated humans from common ancestors such as chimpanzees—along with male parenting and the evolution of pair bonding.

“However, our results show that intergroup alliances can arise without these features, from a social and mating system that is more similar to the chimpanzee,” co-author Richard Connor said in a press release.

“Our work highlights that dolphin societies, as well as those of nonhuman primates, are valuable model systems for understanding human social and cognitive evolution,” King concluded in a press release.