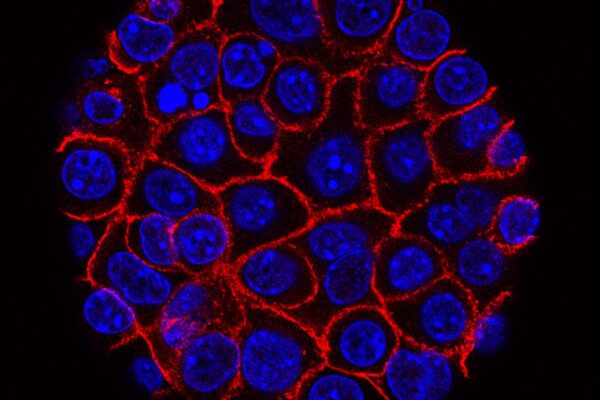 Cancer immunotherapy developer Elicio Therapeutics is finally getting a public market listing to fund its clinical research. But instead of the traditional IPO it was looking for, the biotech is going public through a reverse merger with the ill Angion Biomedica.

Under the terms of the merger deal announced Tuesday, Elicio shareholders will own about 65.5 percent of the combined company, which will operate under the Elicio name. The deal comes as Elisio continues clinical development of its lead program ELI-002, which is being developed to treat cancers characterized by a hard-to-target mutation called KRAS. A Phase 1 dose-escalation study completed enrollment at the final dose level. Boston-based Elicio expects to begin an additional phase 1/b2 trial in the second half of this year.

Elicio develops drugs using proprietary technology that delivers immunotherapies to lymph nodes that contain large numbers of immune cells. By applying this technology to therapies that are not prone to entering the lymph nodes, the company believes it can improve their uptake by these organs and their action on important immune cells. This technology platform, which comes from MIT, was used to develop ELI-002. This experimental cancer vaccine is designed to generate an immune response to KRAS peptide antigens modified by Elicio’s technology. ELI-002 also includes an adjuvant to enhance the immune response. This adjuvant was developed with the company’s patented technology.

Elicio originally filed for public disclosure in 2021 as it anticipated clinical testing of ELI-002. The clinical trial began, but the IPO never happened. The Phase 1/2 study is evaluating the cancer vaccine Elicio in patients with solid tumors, including colorectal cancer and pancreatic ductal adenocarcinoma. According to Elicio’s regulatory filings, the trial is designed to target patients with minimal residual disease, a stage where the number of tumors and the immunosuppressive effects in the tumors have been reduced. Last September, Elicio notified the Securities and Exchange Commission that it was withdrawing its IPO filings, but leaving the door open to the possibility of an IPO. Instead, the company opted for a reverse merger.

“We believe this merger reflects the strength of the ELI-002 program, our process, and the value-creation potential of our lymph node-targeting approach for the treatment of cancer and other diseases by engaging the lymph nodes, the ‘schoolhouse’ of the immune system Elicio CEO Robert Connelly said in a prepared statement.

The kidneys were in Angion focus. The lead program ANG-3777 was in development for the treatment of acute kidney injury. However, phase 3 testing produced results that the company concluded would not support approval in kidney transplant patients at risk of delayed graft function. After a separate Phase 2 trial in cardiopulmonary bypass-related acute kidney injury, the company concluded the data would not support the move to Phase 3 testing. Last January, Angion laid off nearly half its workforce. In July, the company announced it would explore strategic options that include a merger, reverse merger or sale of its assets.

Upon execution of the merger agreement, Angion committed up to $10 million in bridge loans to Elicio. The combined company will be led by Elicio’s management team and Elicio will remain headquartered in Boston. Angion President and CEO Jay Venkatesan will have a seat on the combined company’s board of directors. The boards of both companies have approved the merger, which is expected to close in the second quarter of this year. When it does, the new Elisio expects to trade on the Nasdaq under the ticker symbol “ELTX.”