Frying an Egg on the Sidewalk: Can It Really Be Done? 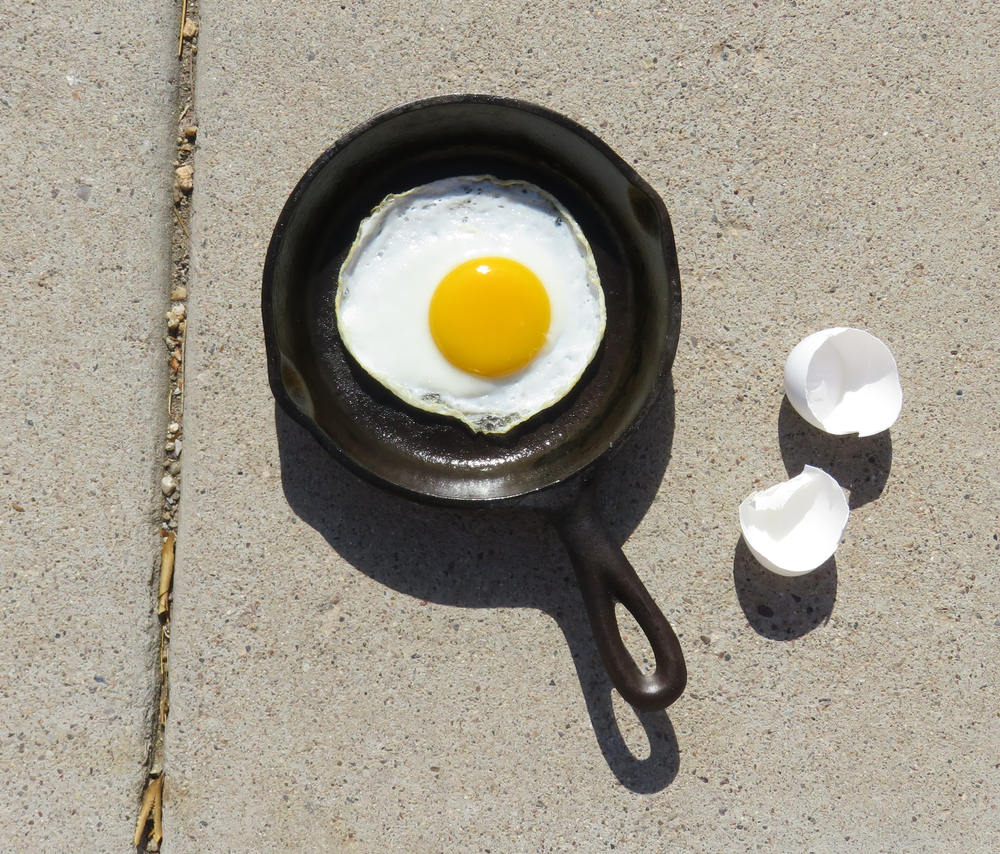 The phrase “it’s so hot you can fry an egg on the sidewalk” seems like hyperbole, but some people take it as a challenge—or maybe they’re just trying to expand their culinary skills.

The idea of ​​frying an egg on the sidewalk is so popular that there is National Fry Eggs on the Sidewalk Day on the 4th of July. It’s usually hot and people are already outside doing weird things like setting off fireworks and competing to see who can eat the most hot dogs.

The problem for would-be sidewalk chefs is not so much the temperature, but the cooking surface. Sidewalks are usually made of concrete, and concrete is a poor conductor of heat. Even if the pavement is hot enough, it’s not likely to transfer enough of that heat to the egg to be ready for your toast.

If you’re determined to try this, asphalt is the better bet. Reporters in Phoenix, Arizona. measured asphalt temperature on city streets during the 2018 heat wave and got readings of a sizzling 161 degrees Fahrenheit.

This is especially important information for dog owners trying to protect their pups’ paws, which is usually why municipalities measure their street temperatures. It’s also useful for would-be outdoor egg cooks.

According to American egg board, egg whites coagulate between 144 and 149 degrees Fahrenheit. Yolks need a little more heat, setting at temperatures between 149 and 158 degrees.

In Phoenix, the street would look very hot, but it still might not be what you need to make a decent breakfast.

Robert Wolk explains in his book, What Einstein Told His Chef: Culinary Science Explained, there is another challenge of street cooking eggs. When the egg hits the street, its surface cools slightly, making it far from 161 degrees. Since there’s no burner under the street to get the heat going quickly, the surface temperature won’t recover as quickly as it would in a pan on your stove.

Even if the surface heat on the street is intense, you’ll probably need a pan to dissipate that heat. Some have been lucky enough to fry an egg outside on a 115 degree day in Arizona using cast iron pan — preheating a pan in a car can help.

Others recommend using metal pans and cooking on the hood of the car rather than on the street. And if you decide to hatch this plan, be sure to use some sort of pan. You don’t want to deal with the results of an egg breaking on your car, regardless of whether the egg is fried.

But once we moved to the street or the hood of a car and added refinements like pans, we deviated from the original challenge: to fry an egg on the sidewalk. This is probably not possible unless the street temperature gets much higher. Of course, with the way things are going, that could happen. They may soon tighten up the rules of the competition and have a winner in Oatman again.

Meanwhile, if like most sane people you think that when the temperature outside hits 160 degrees it’s better to just stay inside, you might want to try your hand at cooking salmon in the dishwasher.