Genesis teases its EV future with the Genesis X convertible

The reveal, held at a high-profile event ahead of the 2022 Los Angeles Auto Show, follows the X Concept and X Speedium Coupe – all of which fall under the Inspired by X lineup. These are all just concepts and few, if any, details have been shared on the event. But the Genesis X convertible and its concept siblings aren’t just design exercises. The intention is for the vehicles, and in particular the front end of the Genesis X convertible, to showcase the brand’s new EV portfolio.

When asked if the X Convertible or something like it could be in customers’ garages soon, Luke Donkerwolke, chief creative officer of Hyundai Motor Group and the Genesis car brand, demurred. “Let’s put it this way. I put a huge amount of energy, of my energy, into making it possible,” he told TechCrunch. 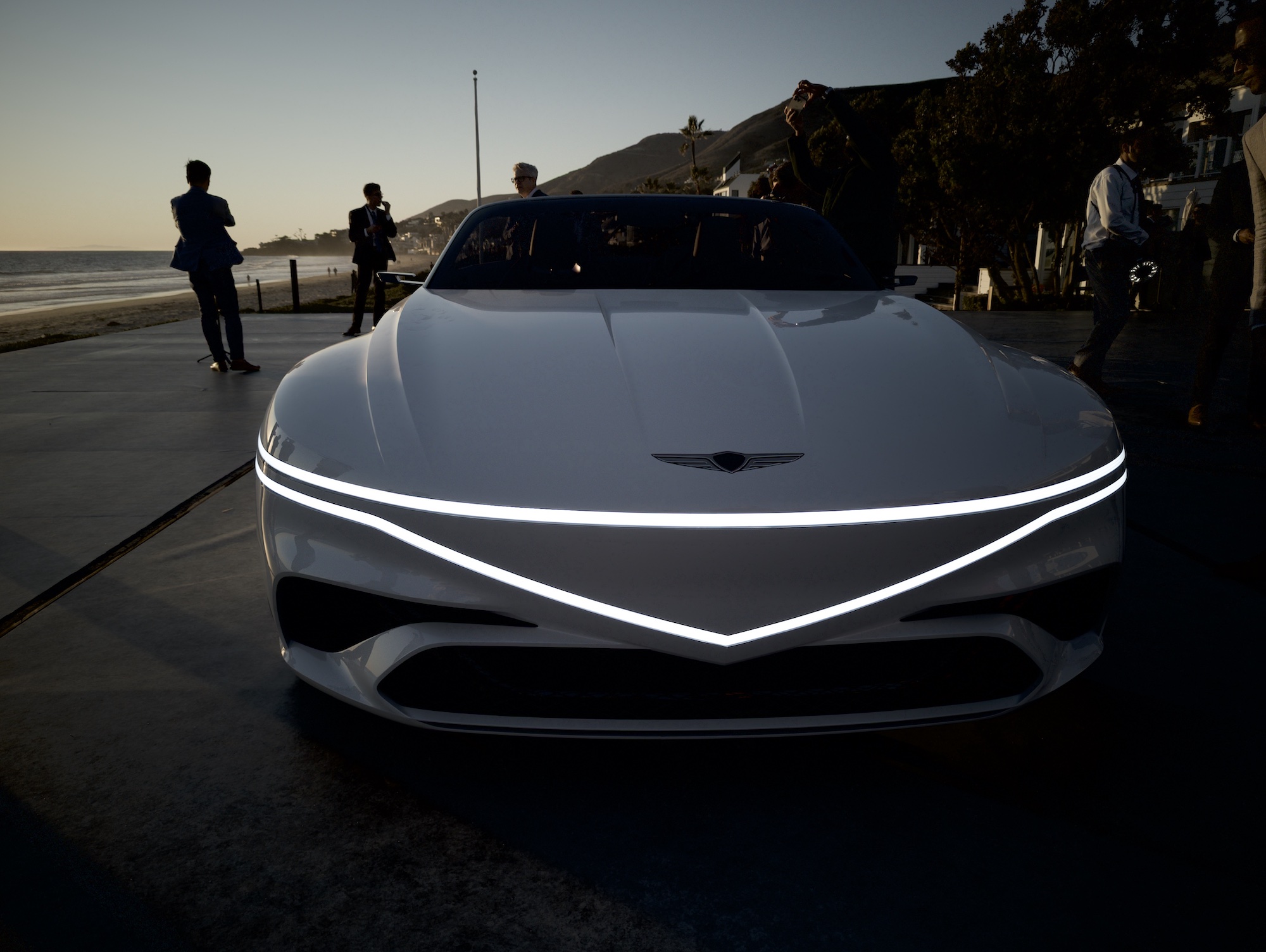 The X Convertible has a hardtop with see-through sunroofs to keep the cabin open and roomy for four passengers when the top is closed. The front of the car gets the new Genesis EV face, which is an abstract of the Genesis Crest Grille. Expect this new “face” to appear on future EVs.

The concept’s white paint is called Crane White and features pearlescent particles, according to the release. The interior is Giwa blue with Dancheong Orange stitching and a driver-oriented cockpit. 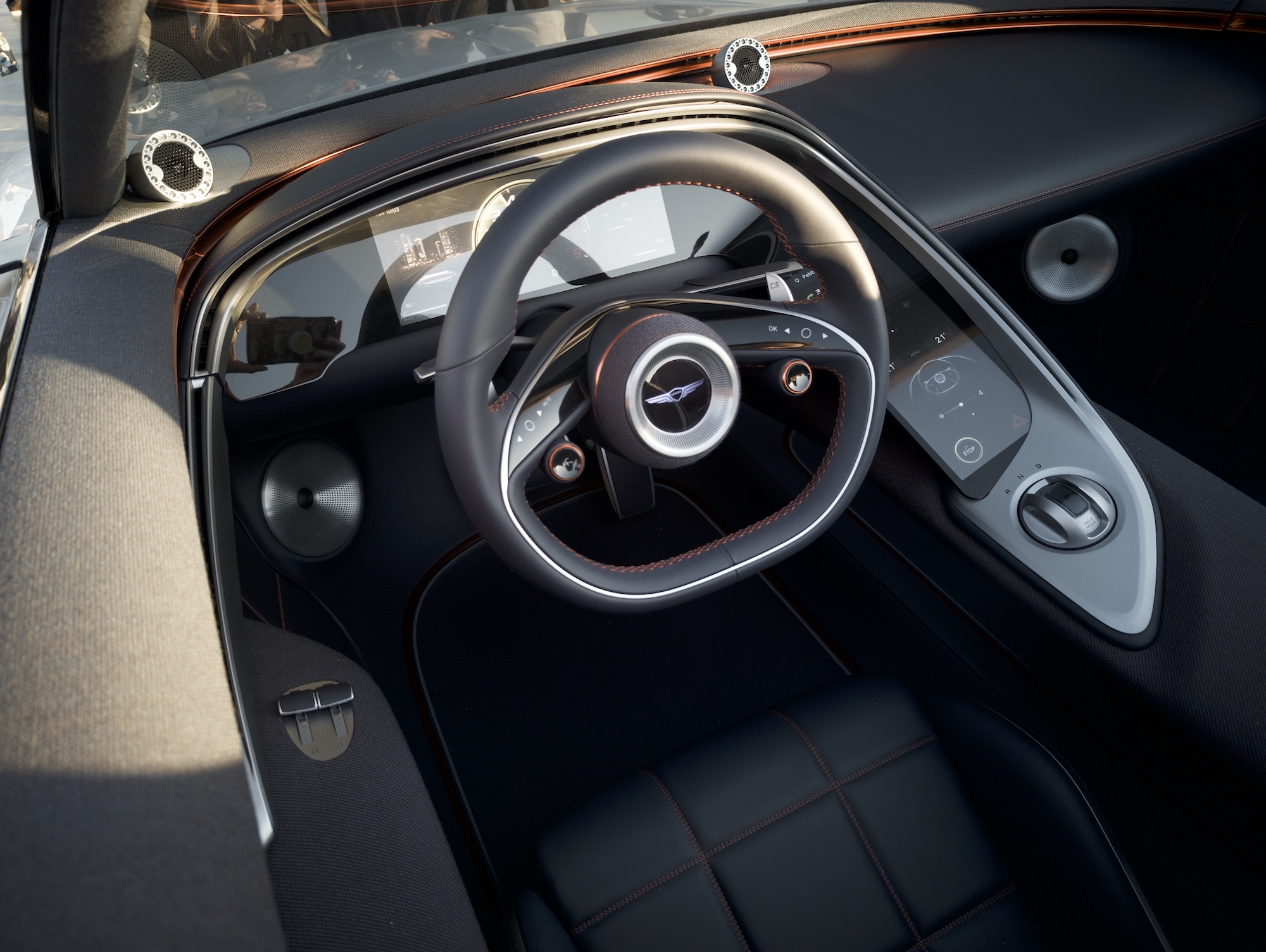 Genesis calls the X Convertible a “brand beacon.” And based on the reaction, maybe there’s that chance. When the vehicle was unveiled to select media and guests at a multi-million dollar beach house in Malibu, California, the audience gasped in a reaction that is unusual for such events.

“We need to use this opportunity to inject more adrenaline into the brand,” Donkerwolke said. “If anyone believes that electric vehicles can’t be sexy, Genesis will prove just the opposite.”

Donkerwolke would not confirm the foundations of these concepts. He told TechCrunch: “We’re working with the right partners to get the right amount of performance that I think will be adequate performance to fit this segment.”

He went on to say that the X Convertible will “open up a new, uh, let’s say platform base, a new platform and modular system.” Donkerwolke declined to elaborate.

Genesis continues to push design forward, as Donckerwolke mentioned: “Usually you go to create something and you have to limit your design to the lowest common denominator,” he said. “We don’t have that, we, we’re talking to our internal suppliers and saying we need these places. We need those lights. And that’s, that actually allows us to push the boundaries a lot. And that basically allows us to build cars like this.”

Genesis said its goal is to “deliver products that customers can enjoy,” and given the reaction of the assembled attendees, the Convertible X Concept moves the brand in that direction.