Getting off the PBM merry-go-round: How late-stage bid gimmicks are hooking employers – MedCity News 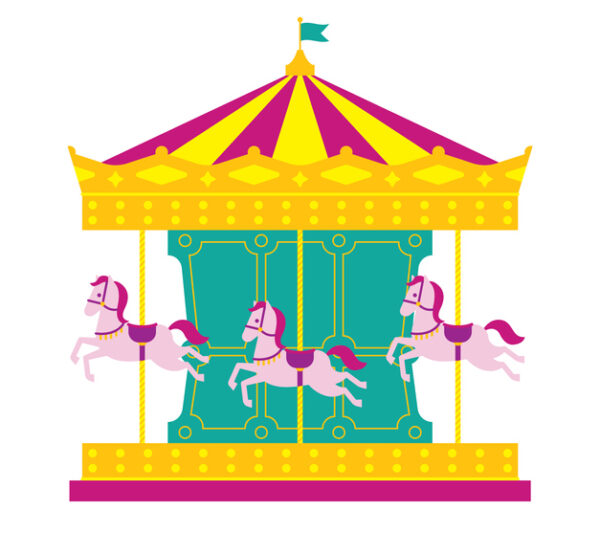 Let’s face it, as pharmacy costs continue to rise, few employers are happy with their PBM. But with approximately 30% of contracts renewing each year, why are so few customers switching to a new solution? Two reasons.

The first reason is simple: there are few alternatives. 80% of PBM the market is controlled by the “Big Three,” legacy PBMs that have wielded their clout to accelerate the spread of questionable pharmacy benefit practices, practices that have contributed to skyrocketing pharmaceutical drug prices.

The other reason is more insidious, let’s call it lured back by the devil they know. Companies conduct a lengthy RFP process, but when it comes time to make a decision, they are suddenly wary of jumping to a new PBM provider. What’s causing their heartburn at the last minute? It’s almost always a fresh bundle of money from the incumbent PBM, a late-stage tactic PBMs employ to improve on the so-called “best and final” offer they put on the table just last week. These eleventh-hour savings may seem lucrative, but the PBM is actually just using these credits to put lipstick on its expensive pharmacy pig.

While employers don’t have much of a say in which players control the PBM market, they can begin to shift their cost curve by removing their reliance on these late-stage gimmicks, opting instead for per-member-per-month (PMPM) pricing guarantees ) from their PBMs.

The money offered by PBMs comes in many forms – a general allowance credit that the client can use to pay claims and costs during open enrollment and rollout, an administrative credit that the client can use to pay back the PBM for administrative fees, clinical credit that the customer can use to pay for voluntary clinical programs administered by the PBM, or sometimes slightly enhanced rates. If it seems odd that two of those credits go toward paying PBMs for additional services, it is. Employers should think of these credits as receiving tokens at a carnival—the tokens are valuable, but only if the employer uses them at the proverbial PBM carnival (ie invests them back into the PBM). If PBMs would manage their costs appropriately to begin with, employers would not be taken on this journey.

While this money may be an economic lever for pharmacy spending for a year or two, it is not permanent. They don’t change long-term patterns of use or the cost of drugs, levers that PBMs have at their disposal but are unwilling to pull. Take the general allowance credit which functions closest to cash as it can be used to pay claims. Instead of giving the customer a hundred thousand dollars as a total co-pay credit, why don’t PBMs change the economics of medication management, which would reduce costs by much more than $100K? Because it will reduce their income. Instead, PBMs let costs inflate, then dole out credits that offer a meager discount on the profits the PBM extracted from the customer in the first place.

How do PBMs keep getting away with this? Because their pricing models hide behind complexity: fee structures, formulary rigidity, opacity of pass-through discounts introduces excessive and unnecessary uncertainty. PBMs rely on this uncertainty to make the money they hand out give some sense of savings to the offer. Any employer who receives money at the last minute should ask themselves, “Why didn’t I get your best deal when we asked for your best and last offer?” The answer is simple: these tactics allow the PBM to sweeten the offer on the table , by offering a short-term financial windfall without providing the customer with a more favorable pricing arrangement. They enhance the offering by artificially changing the pricing dynamic, allowing the PBM to mitigate some of the employer’s risk without introducing more aggressive rates to the market.

Instead of offering money, PBMs should make per member per month (PMPM) guarantees. PMPM guarantees would undo much of PBM’s opaque practices. Suddenly, the percentage of rebates PBMs go through or what rebate they guarantee per script won’t matter. Gimmicks like administrative credits will no longer matter. It would also be easy to compare one PBM’s rates to another’s, something that today’s PBM contracts make nearly impossible to quantify. Why is it so hard? This is by design. By making it difficult to compare bids, PBMs take the pressure off a performance guarantee, giving them an advantage when it comes to contract negotiations.

Today’s employers rely on pharmaceutical consultants to create sophisticated models that calculate their total cost and allow them to compare different PBM offers. These calculations are a pointless exercise; consulting models rarely match the actual costs that employers incur. Requiring PBMs to bid on the PMPM guarantee would reduce employer uncertainty by providing the actual cost per member per month to the employer. Not only will they make total costs easy to calculate, but employers will be able to effectively compare one PBM offer to another.

The PMPM guarantee would also shift uncertainty away from the employer, forcing PBMs to control their risk by passing through more rebates, managing their drug mix and overall utilization, practices that would lower drug costs. This would incentivize PBMs to steer members toward fewer drugs and more cost-effective options. Employer drug spending will shrink, as will PBM profit margins, bad business for a publicly traded company tasked with delivering quarter-on-quarter growth. Therefore, PMPM guarantees will only become the norm once employers start pushing for them.

What can employers do to promote PMPM warranty practices? Instead of treating last-minute money as a windfall, employers and their brokers should be fighting for guaranteed PMPM rates that represent the actual drivers of their rising pharmacy costs. By forcing PBMs to honor their guarantees, employers will not only have more control during negotiations, but will also be able to influence the trend of their costs for years to come. Everything else is just a drop in the bottom of legacy PBM profits.