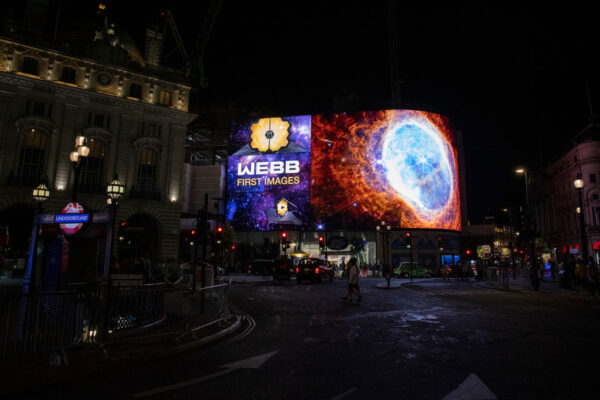 Mike Montello remembers being fascinated by space exploration as a child. But instead of continuing to work with NASA, his career took him into drug research and he is now GSK’s Senior Vice President, R&D Digital and Technology. Still, he sees connections between his work and efforts leading to new celestial discoveries.

New images from the James Webb Space Telescope are like windows that let us see what the universe looked like in the past, Montello said. In drug discovery, scientists use computational techniques to anticipate diseases in the future.

“We can use advanced technology to understand inside our bodies, our inner space,” Montello said, speaking Monday during a talk at the HLTH conference in Las Vegas.

Just as NASA scientists study images from the Webb Telescope to better understand the evolution of the universe, drug researchers take images and correlate them with other data to better understand cells, Montello said. Such analysis can determine what includes or excludes certain features. It can also be used to predict disease and risk of disease.

Montello said a significant amount of data comes from GSK’s own laboratories. Additional data comes from clinical trials as well as real-world evidence. Even more data comes from partnerships with academic institutions. Almost a year ago, GSK and the University of Oxford revealed a five-year partnership focuses on researching potential new drugs for neurodegenerative diseases such as Alzheimer’s and Parkinson’s. GSK has put £30 million into the effort, creating the Oxford-GSK Institute for Molecular and Computational Medicine, which is based at the university.

GSK has also forged alliances with the technology sector. Montello said his team has partnerships with Microsoft, Google and Nvidia. Montello said these alliances “recharge the AI ​​super team” by generating data in new formats.