High School Football Photos: Playoff Action from Across the USA Trophies have been won, some teams have moved on, while others’ seasons have come to an end — November football is playoff time, one of the best times in the high school sports calendar

From hard-won victories to the realization that the end of a high school football career had just arrived as the football playoffs kicked off across the country on Friday night, these were some of the best images… 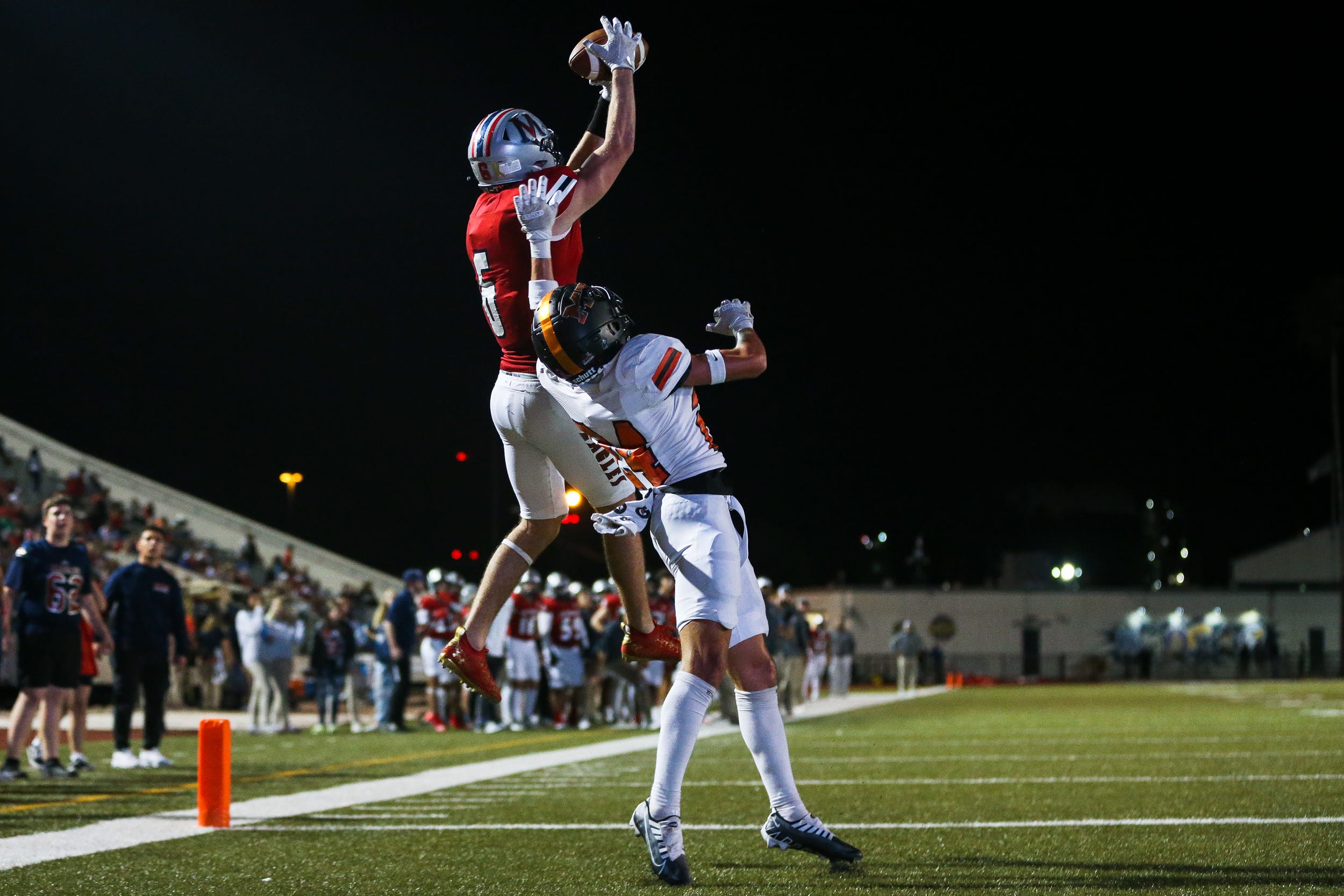 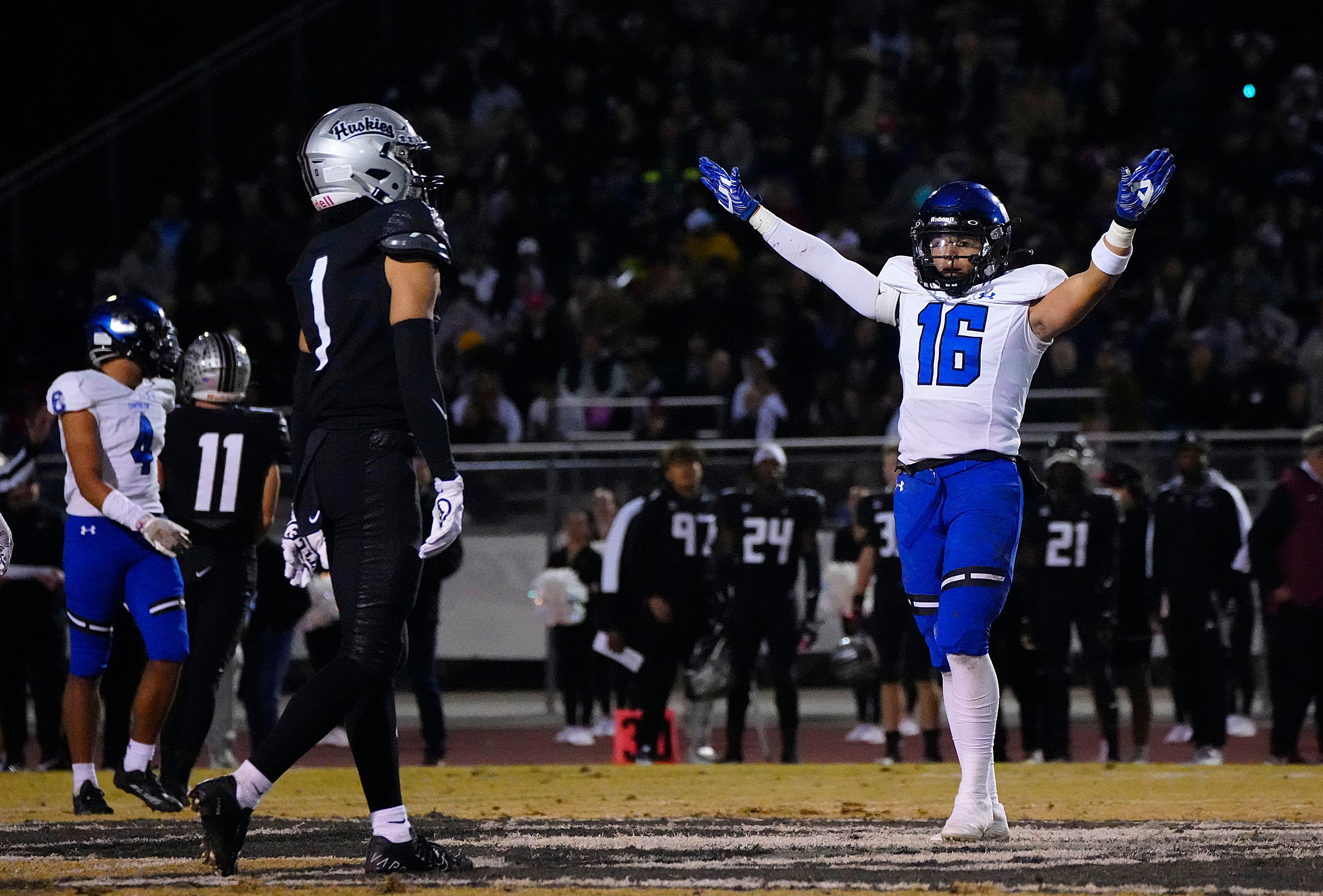 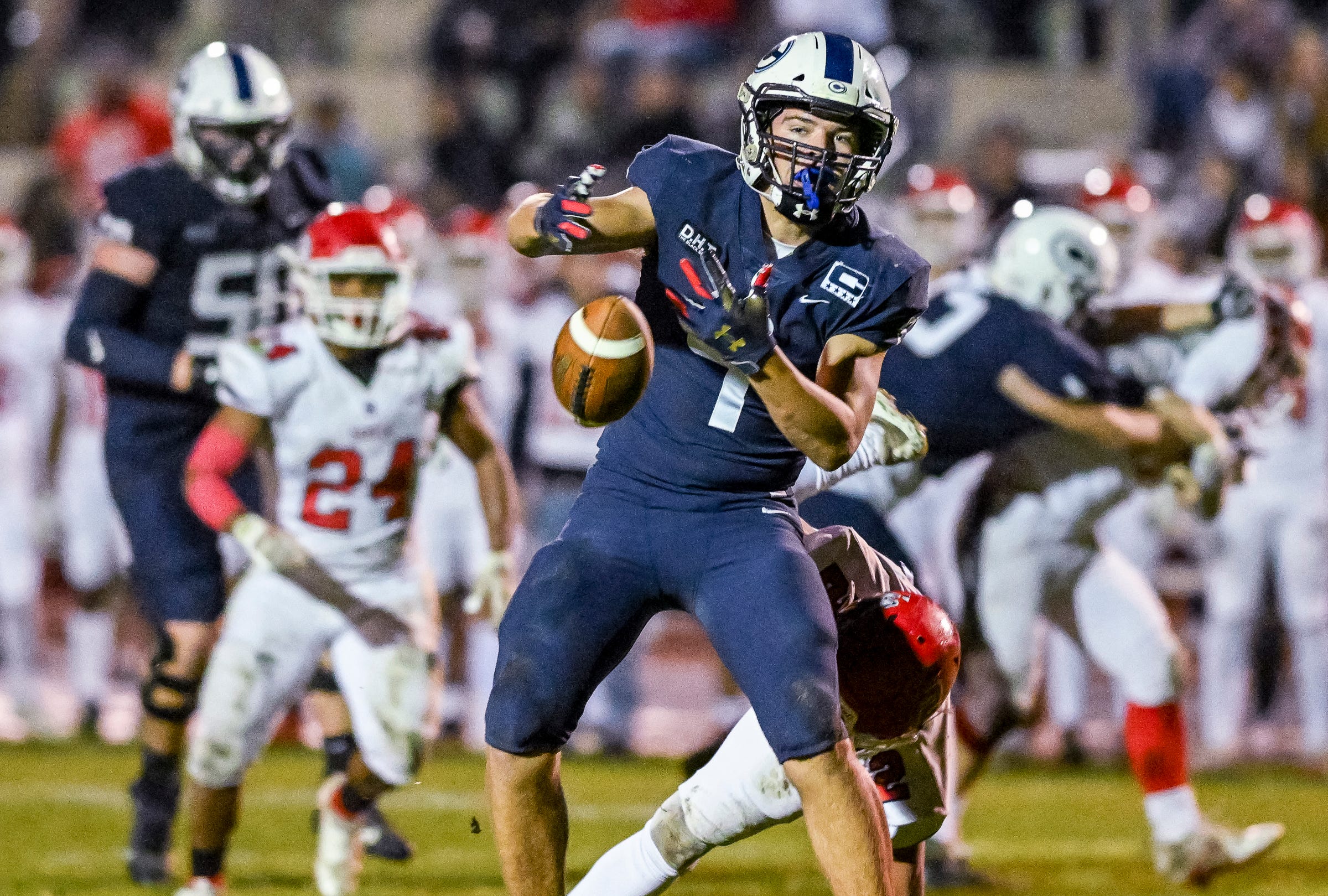 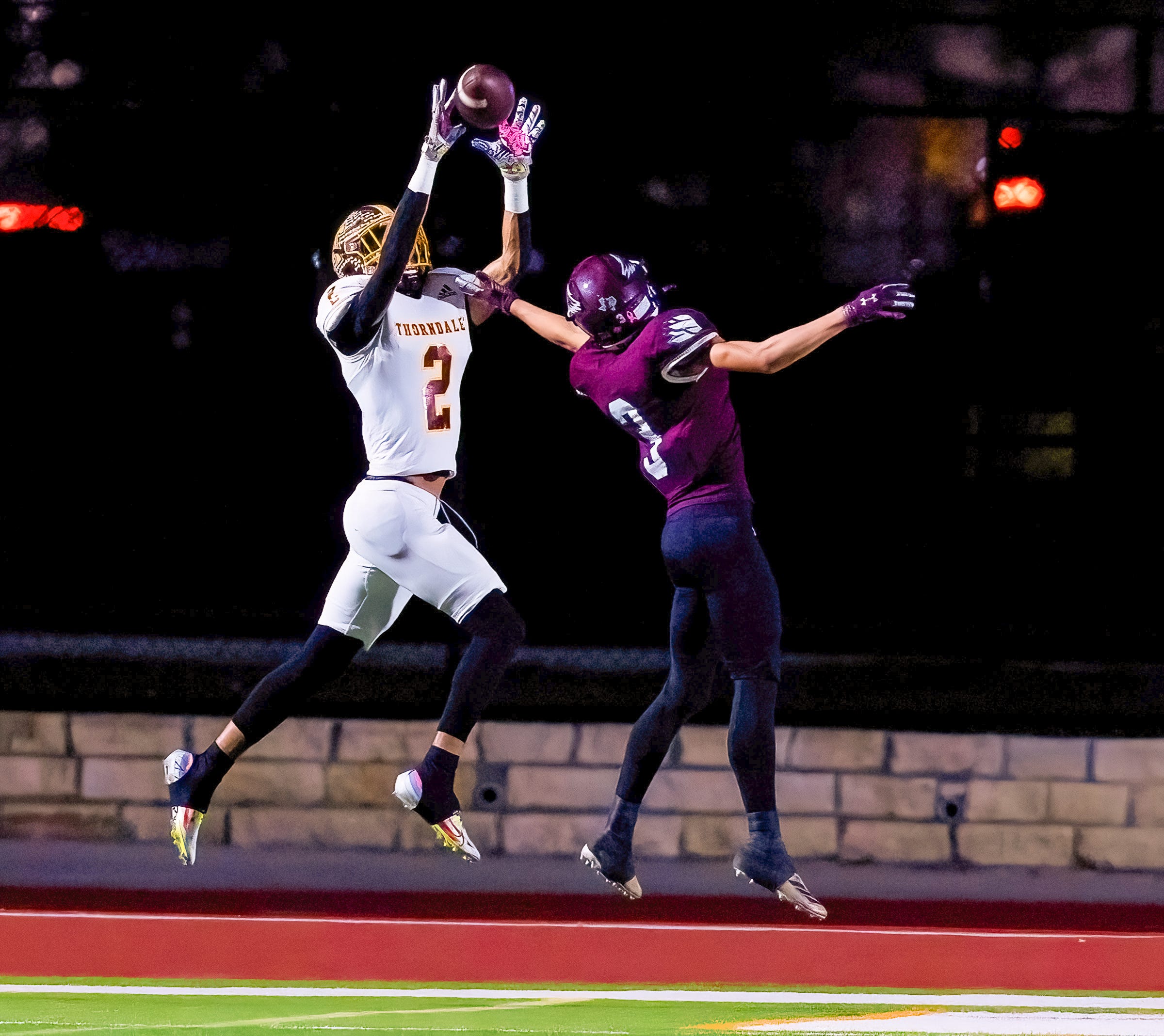 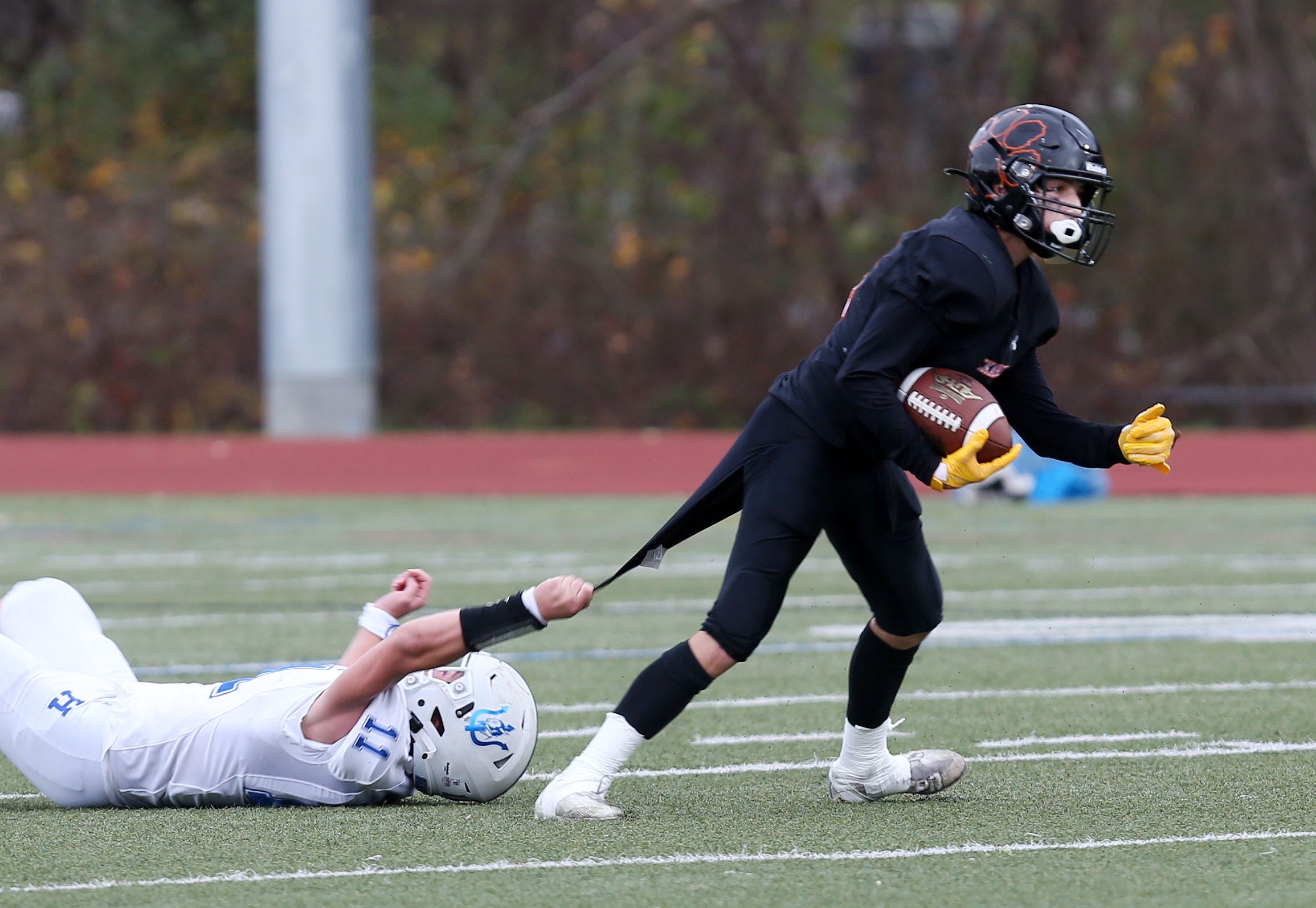 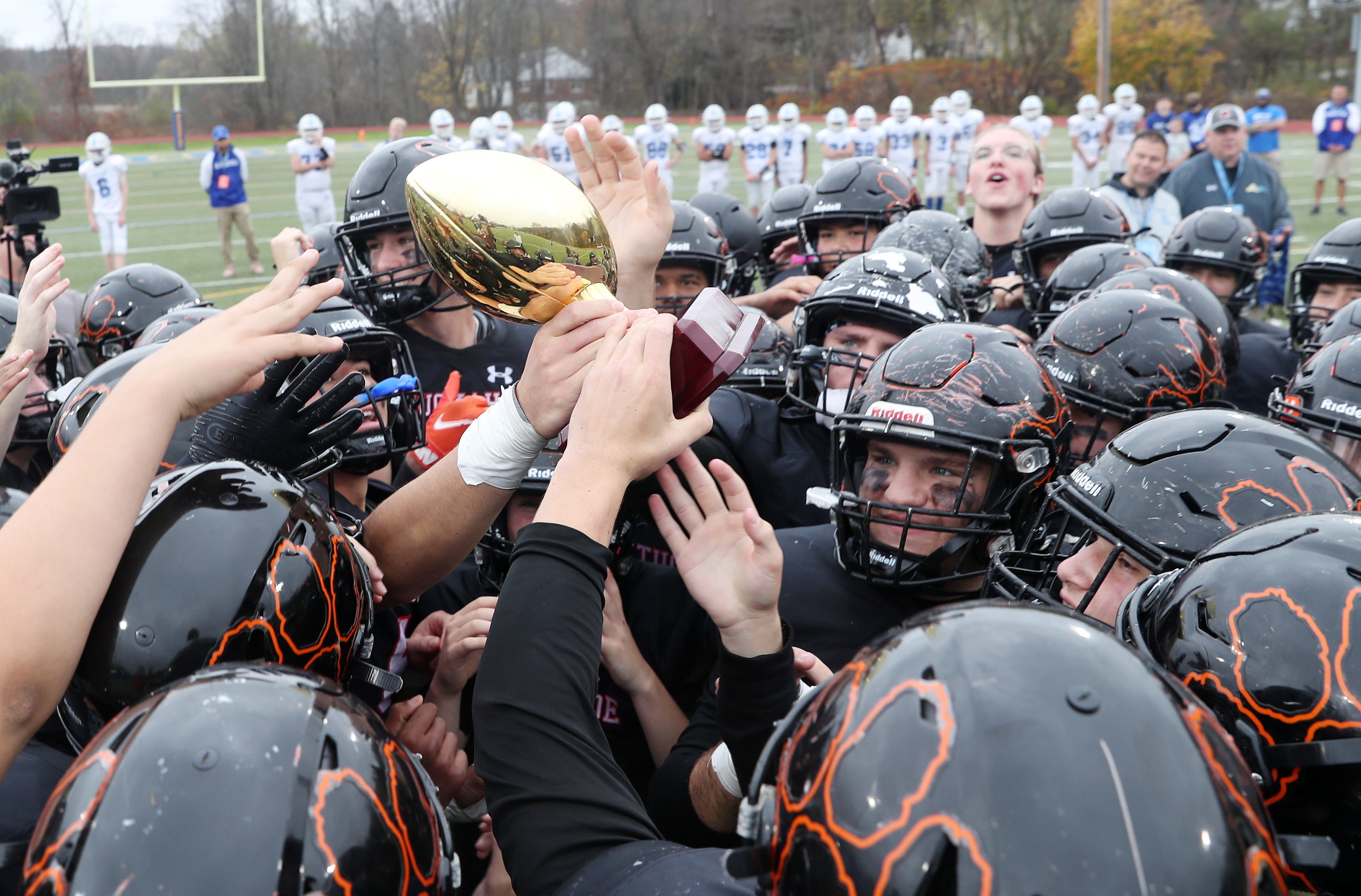 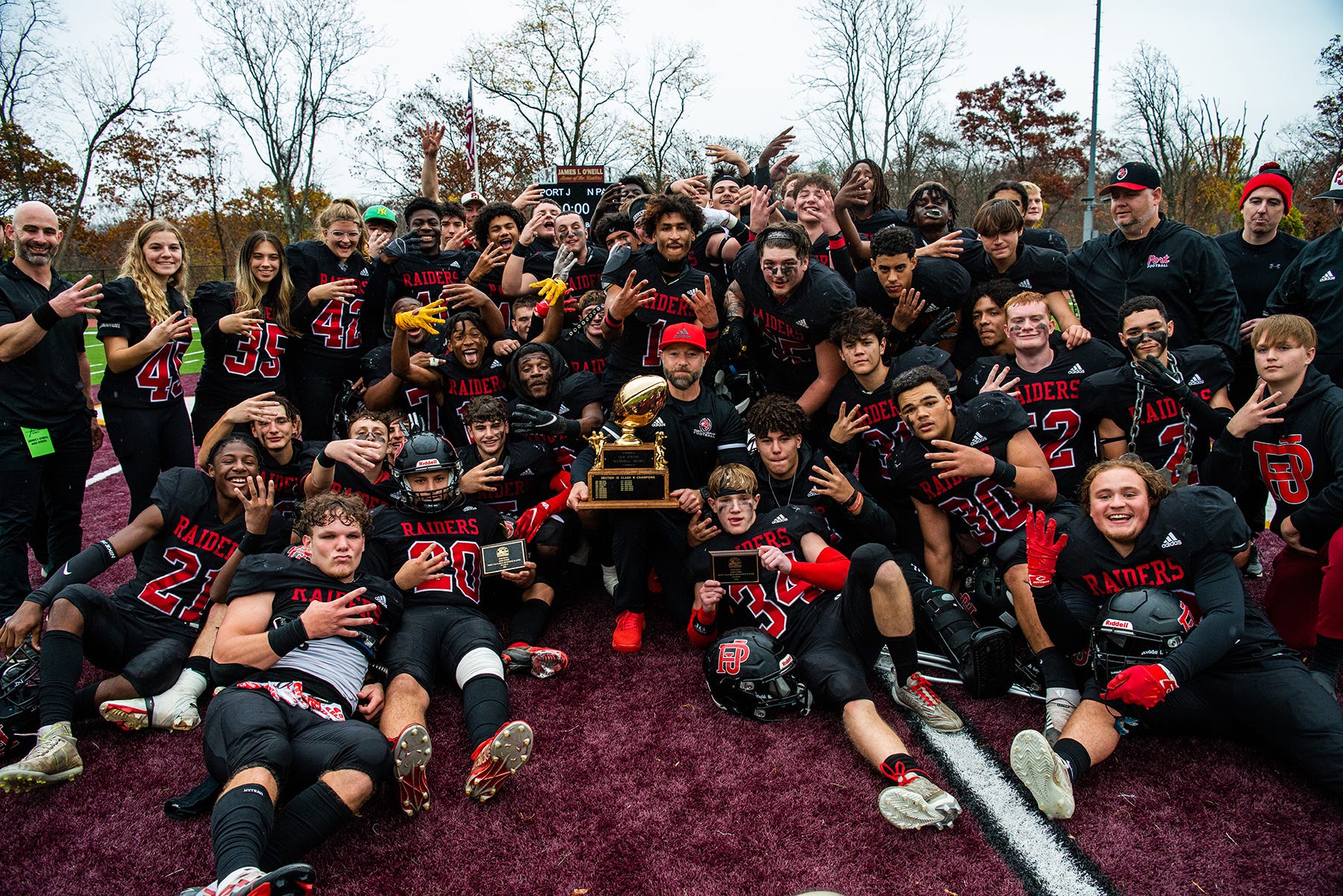 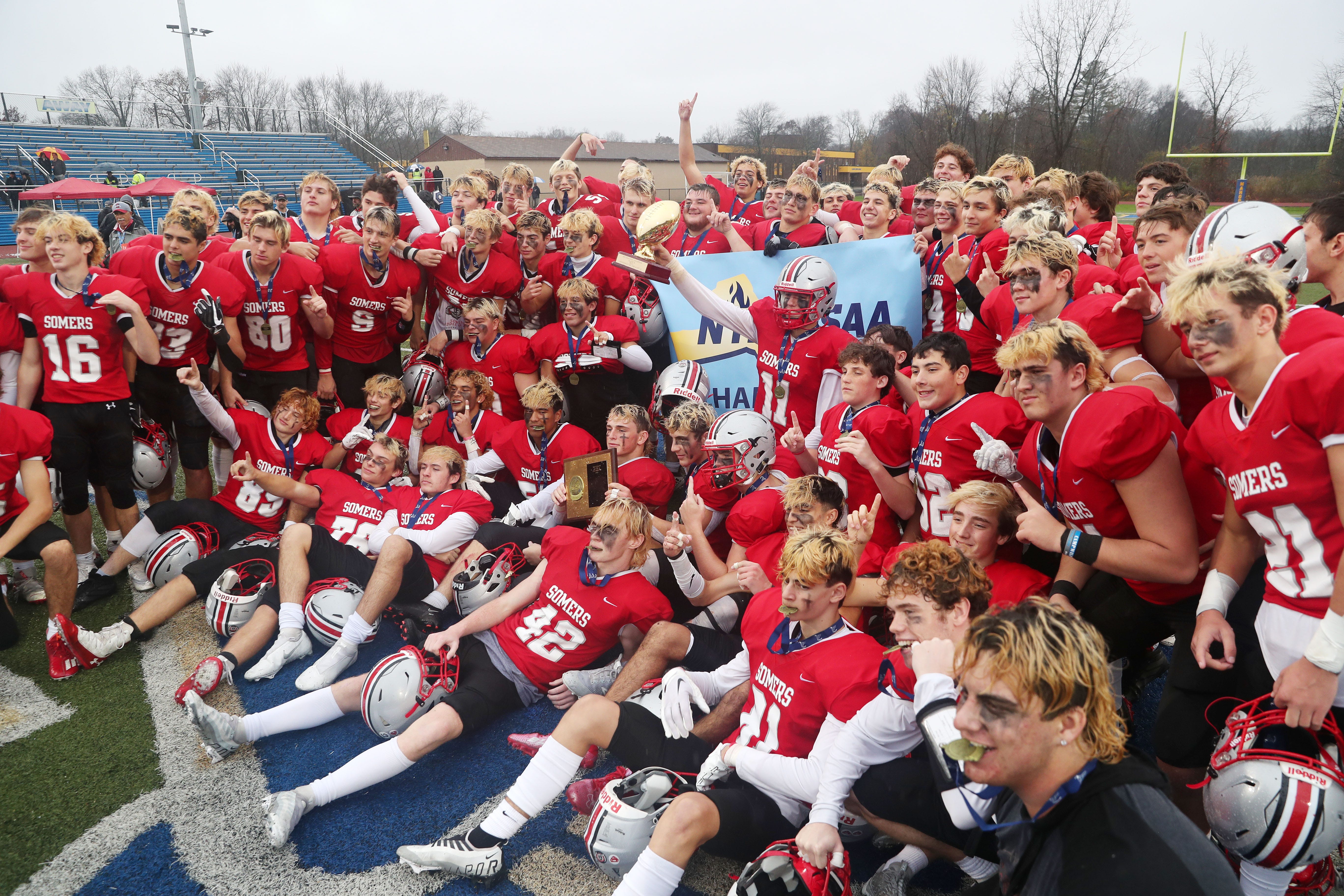 Somers players celebrate their 45-13 victory over Rye in the Section 1 Class A championship game at Mahopac High School on Nov. 11, 2022.
Somers Vs Rye Division 1 Football 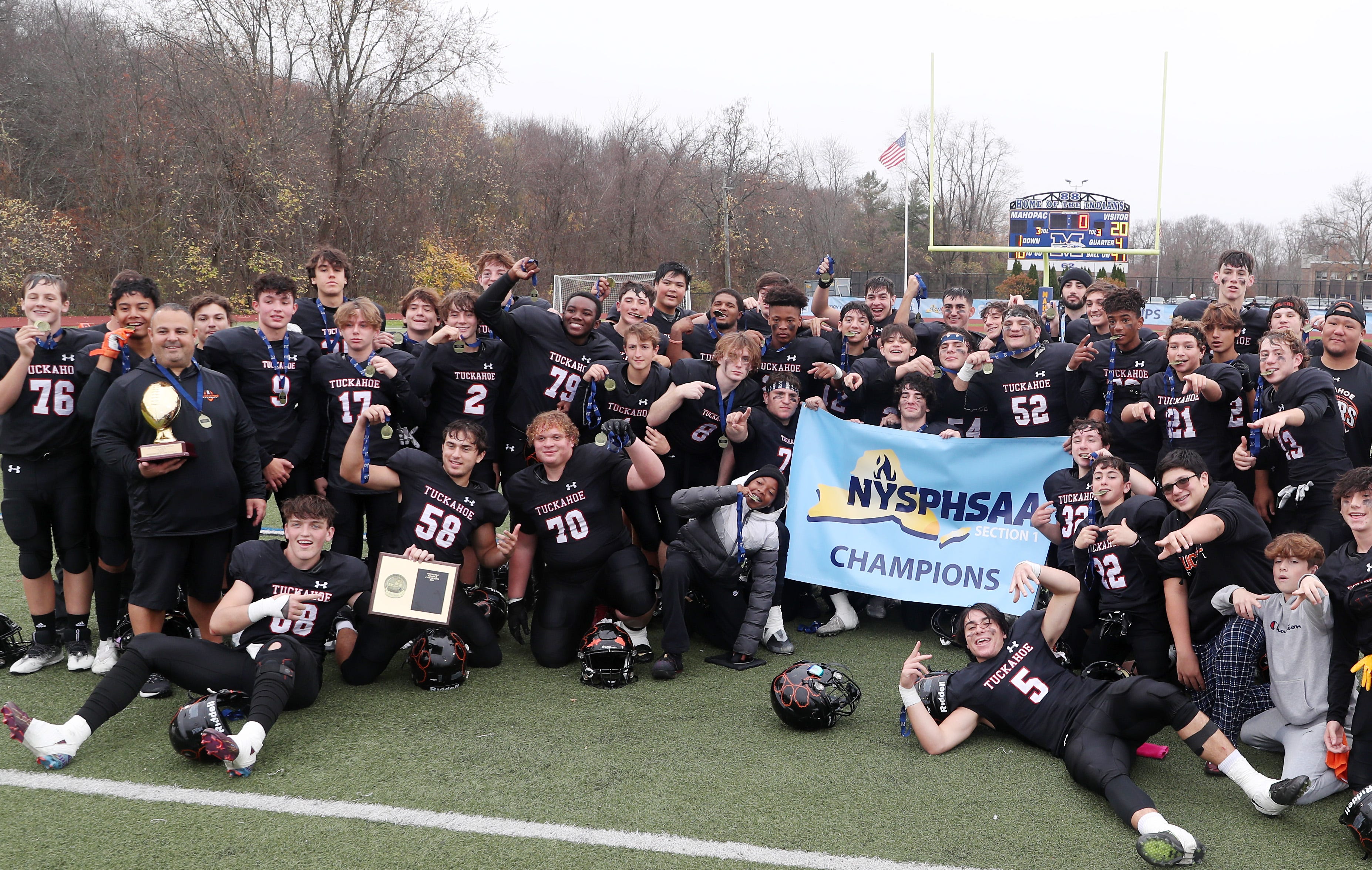 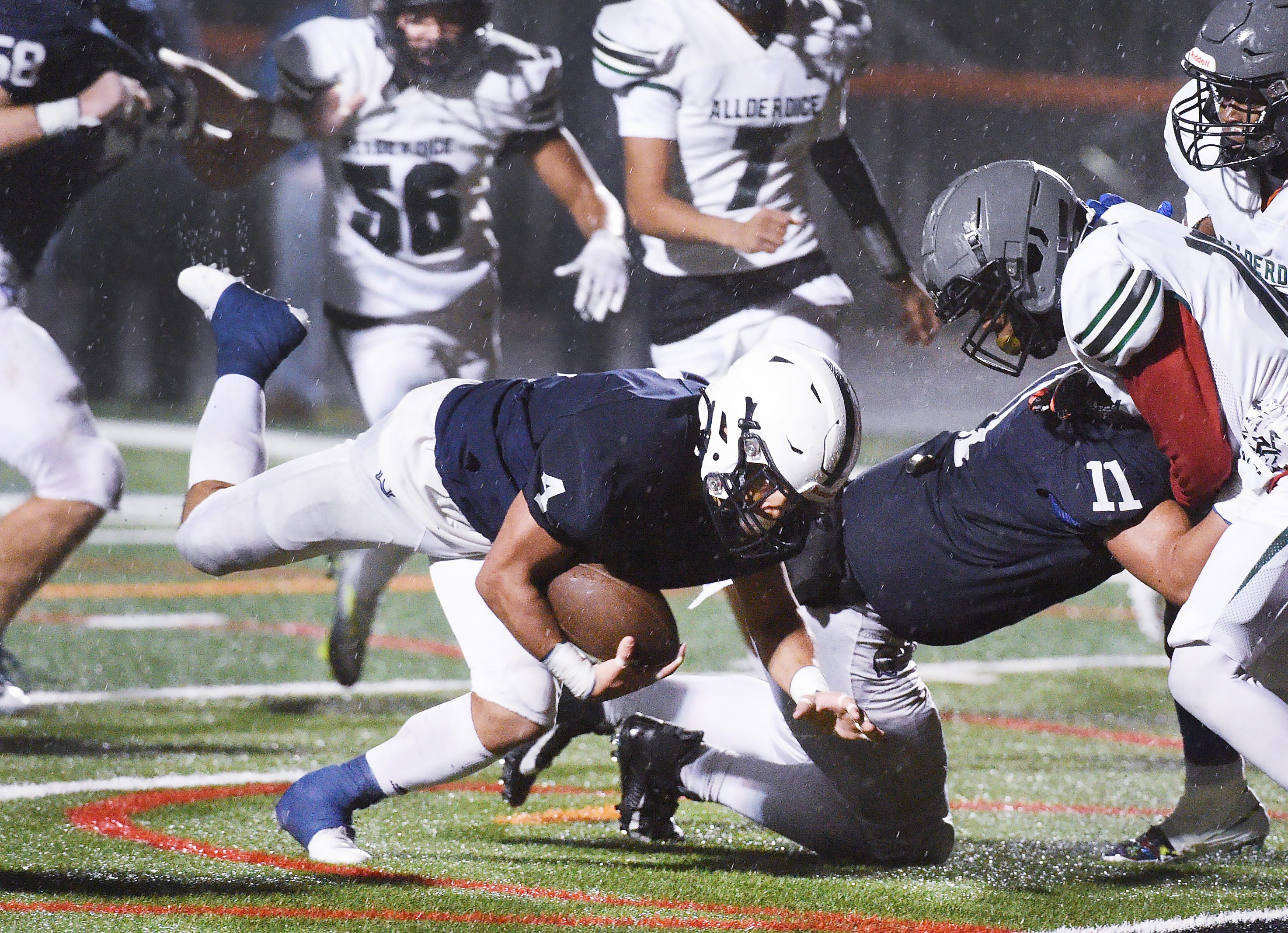 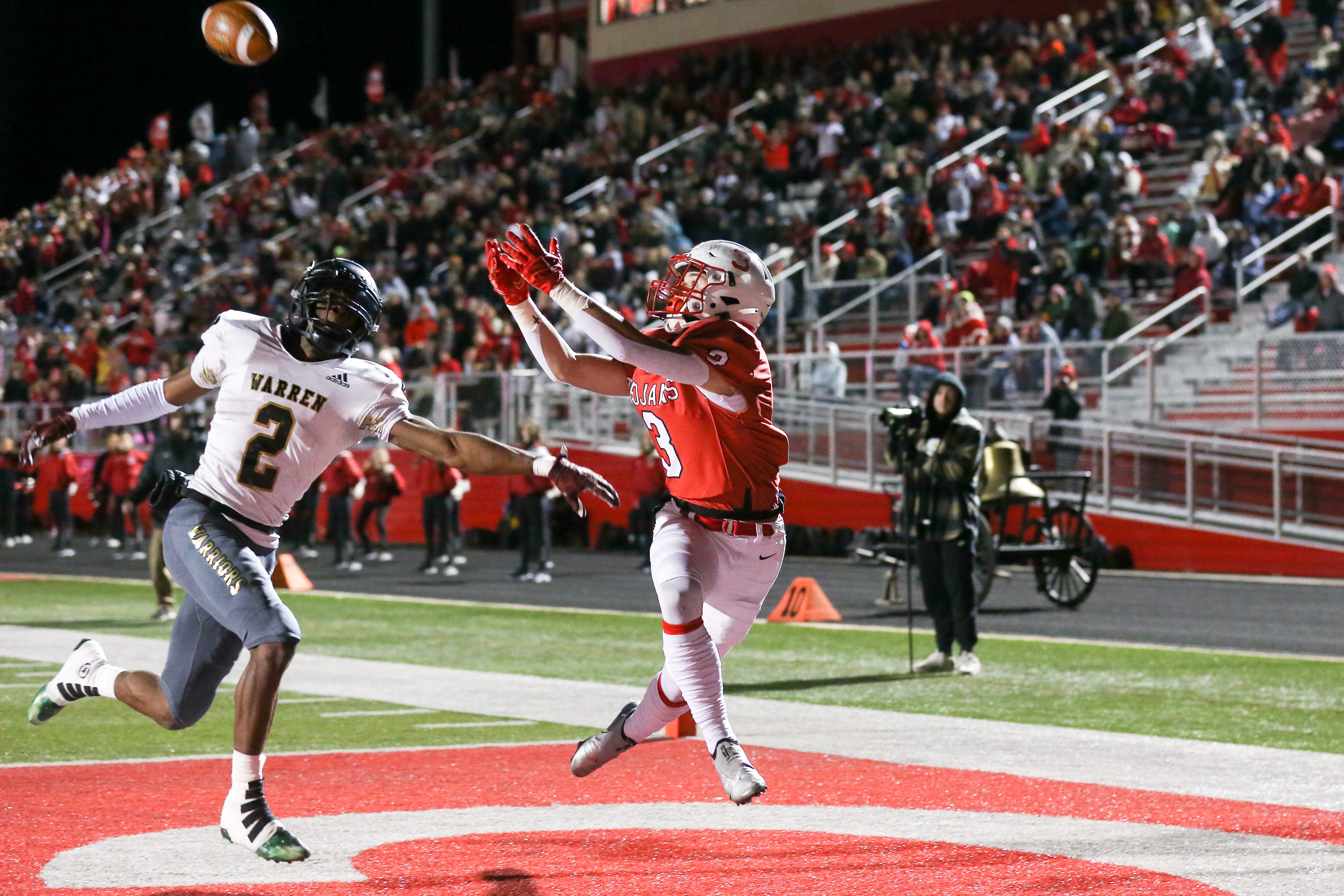 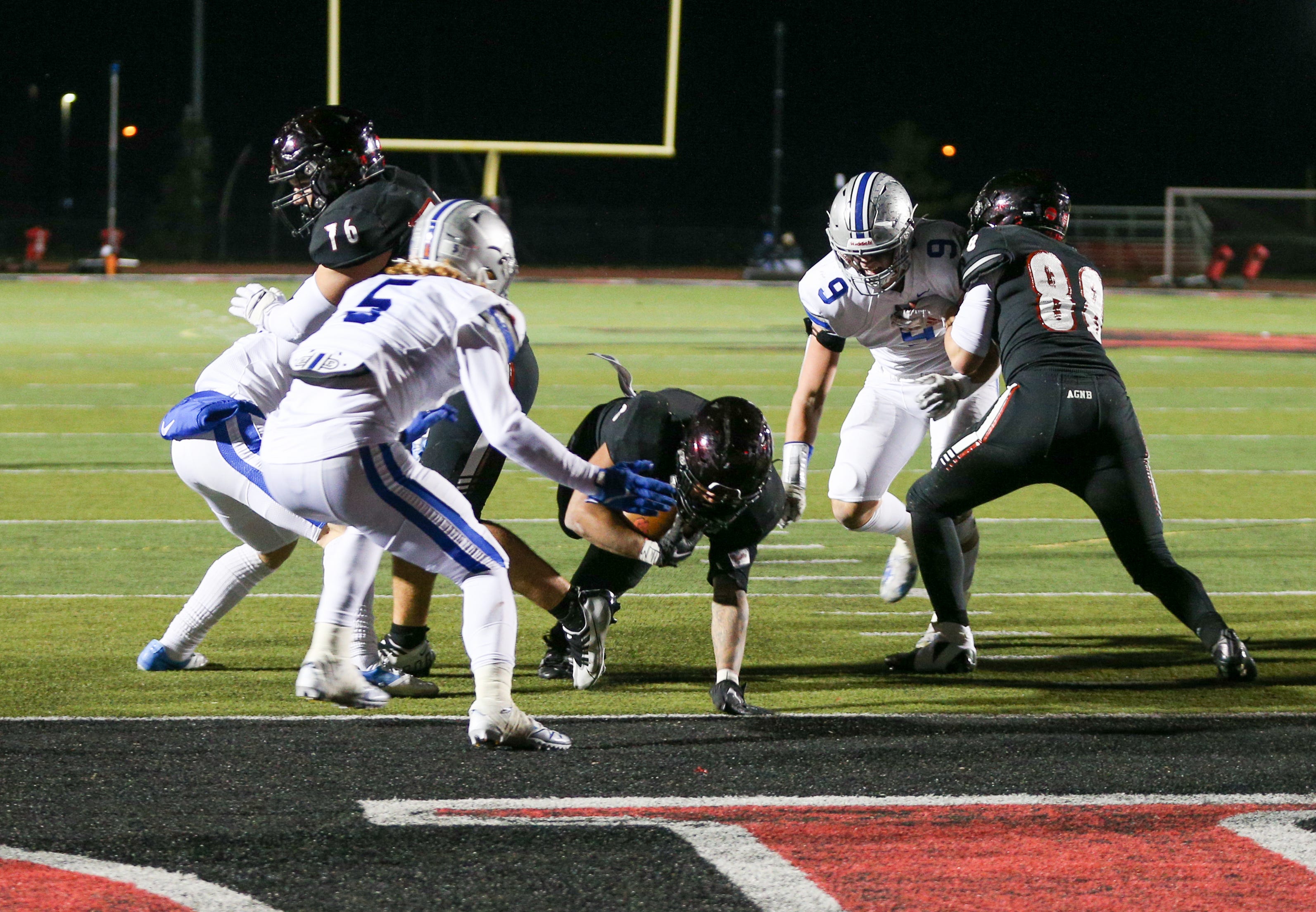 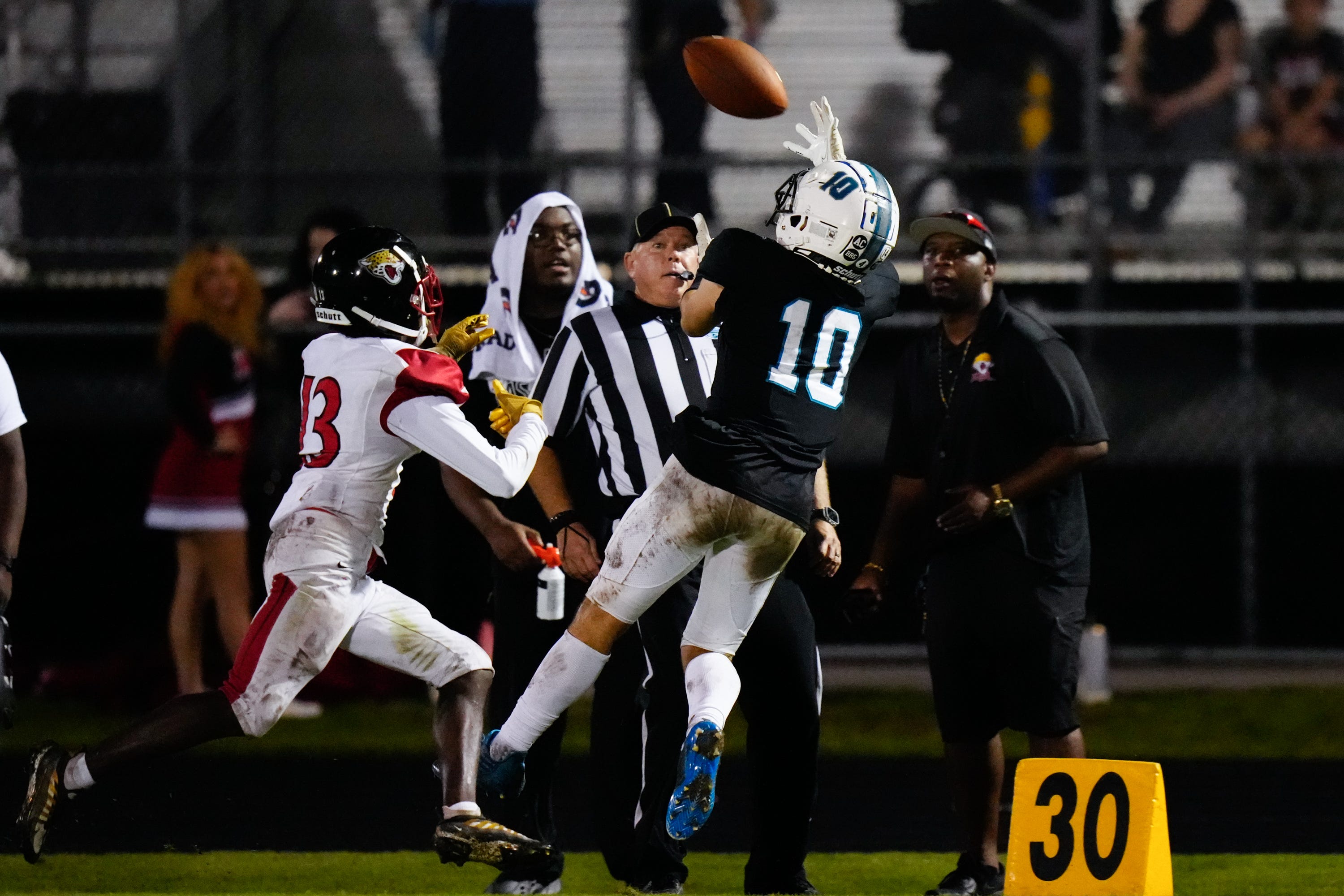 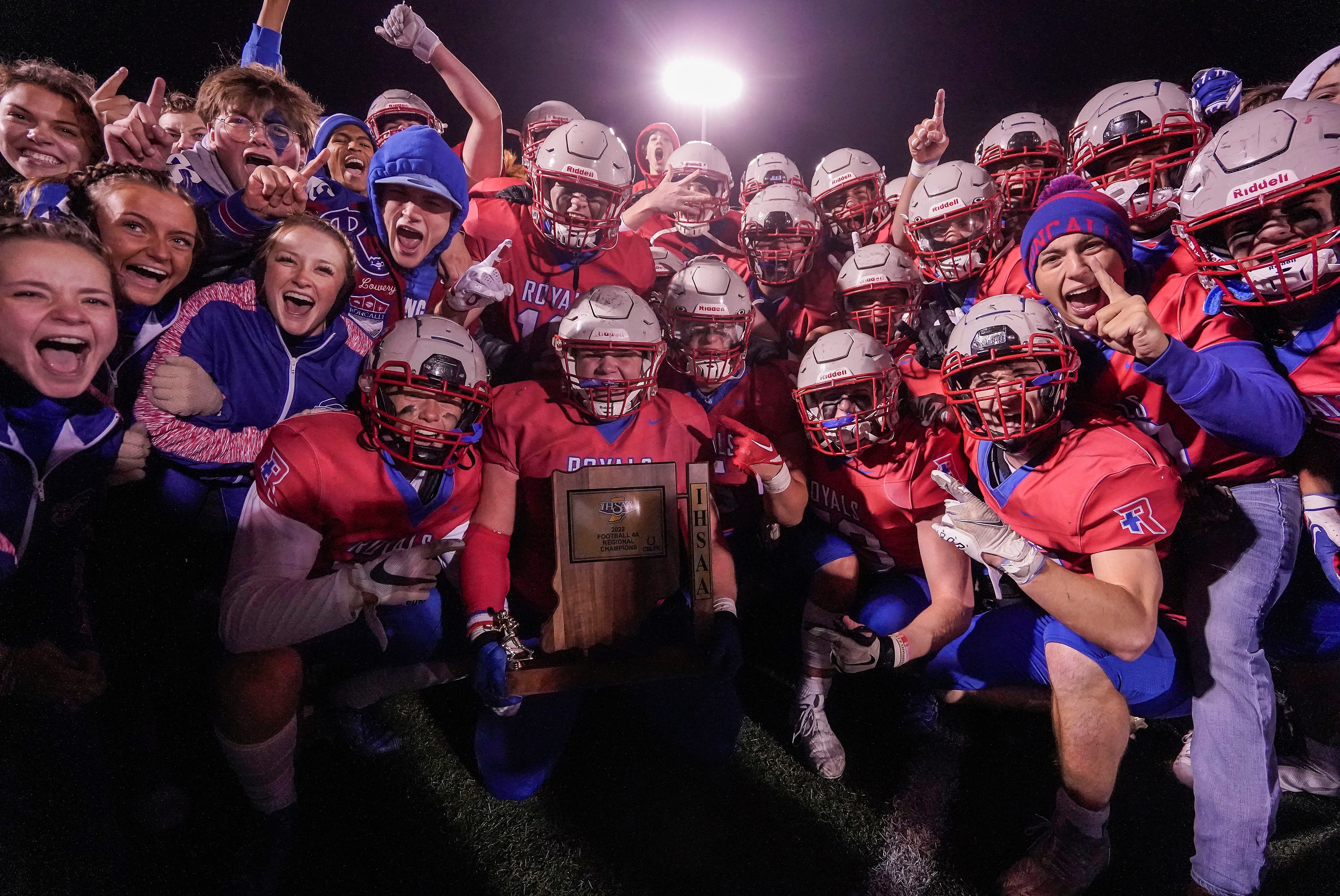 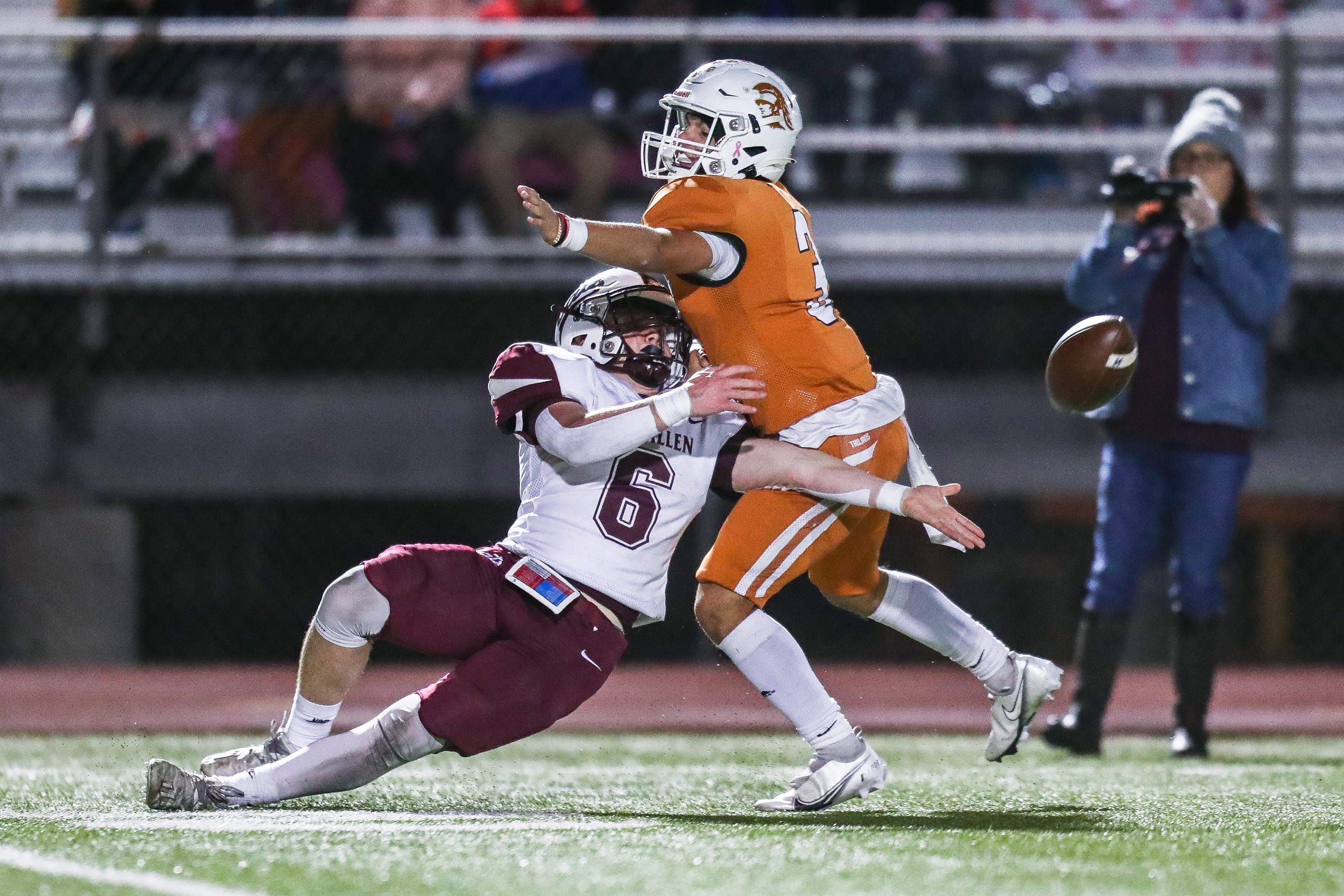 Calallen’s Blaine Lamb (6) reaches for a pass in a Class 4A high school football playoff game against Beeville at Veterans Memorial Stadium in Beeville, Texas on Friday, Nov. 11, 2022. 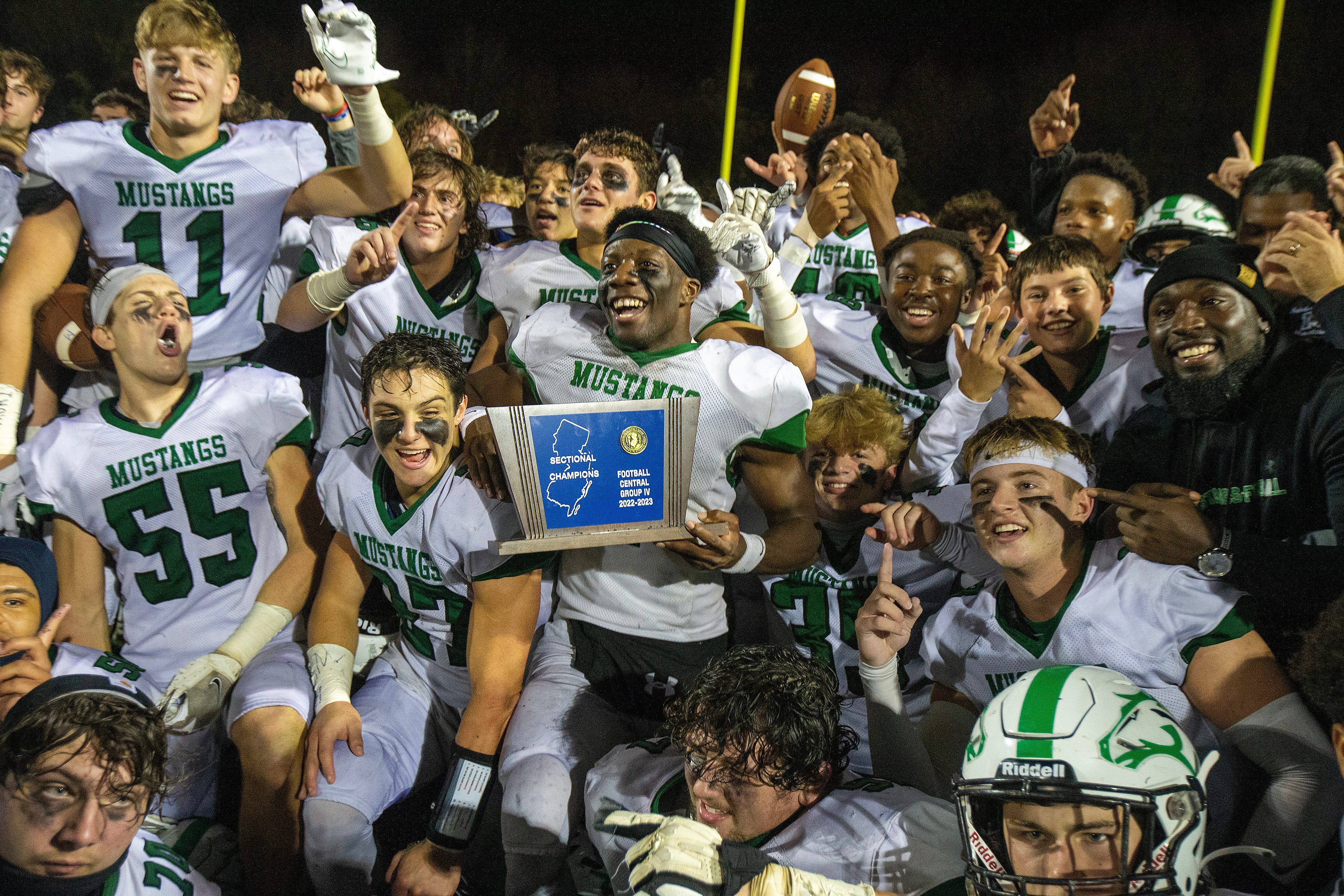 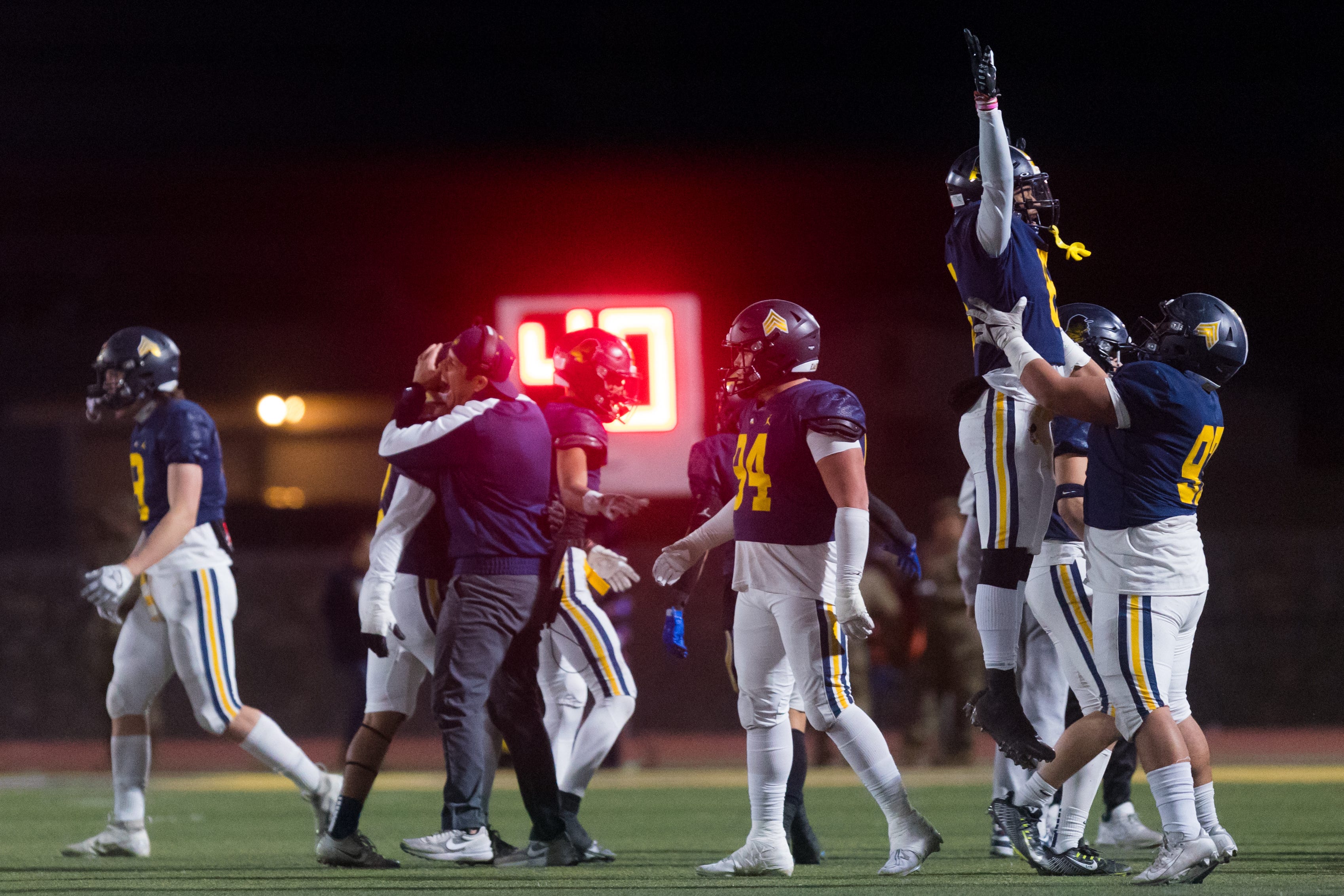 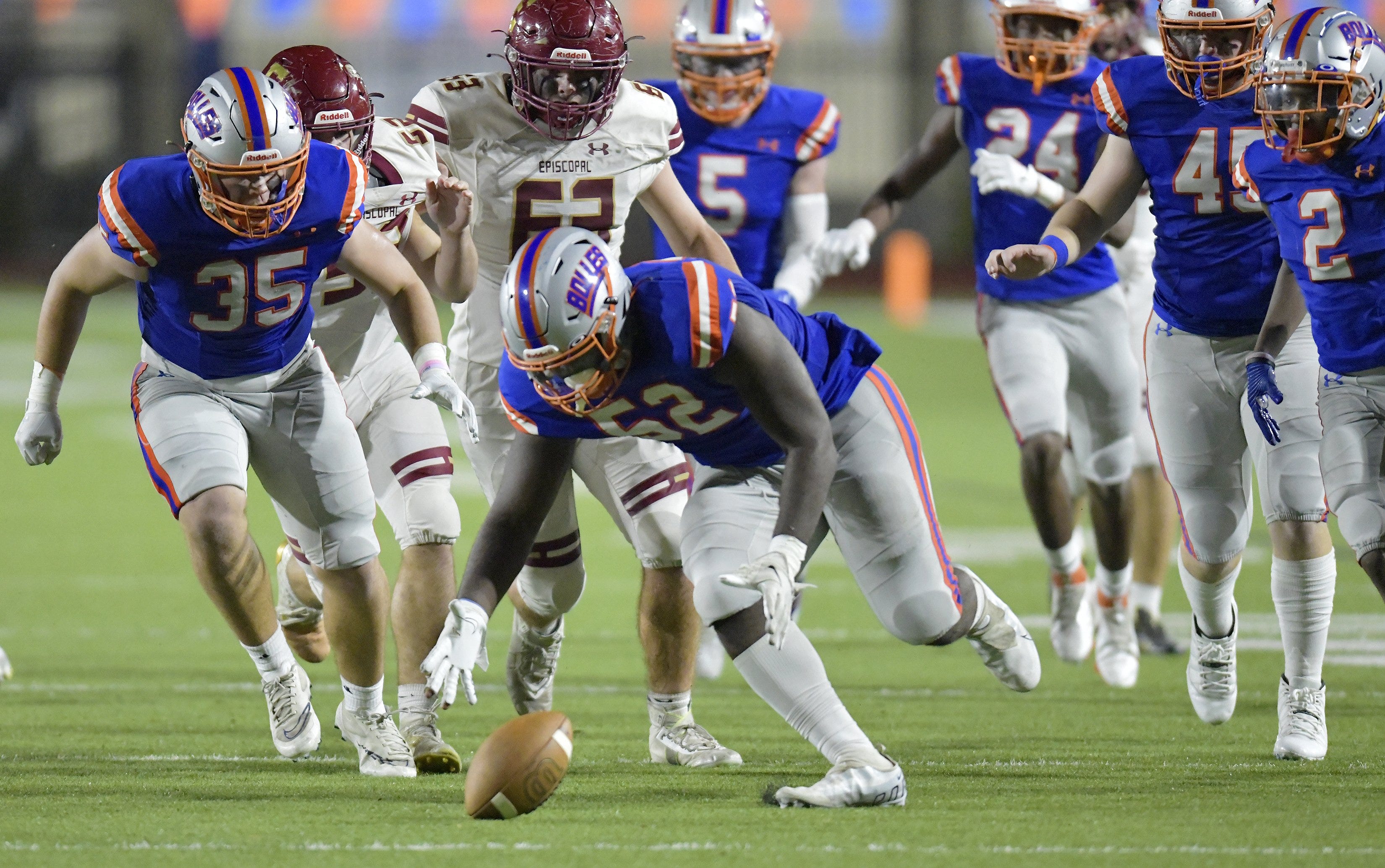 Garrison Butler (52) of the Bolles Bulldogs fights to take a shot from Nate Blair (11) of the Episcopal Eagles during second quarter action. The Episcopal Eagles were hosted by The Bolles School Bulldogs at Skinner-Barco Stadium in an FHSAA Region 1-2M football quarterfinal game on Friday, November 11, 2022. Bolles went into halftime with a 28-0 lead. [Bob Self/Florida Times-Union]
Jki 111122 Episcopal in Bo 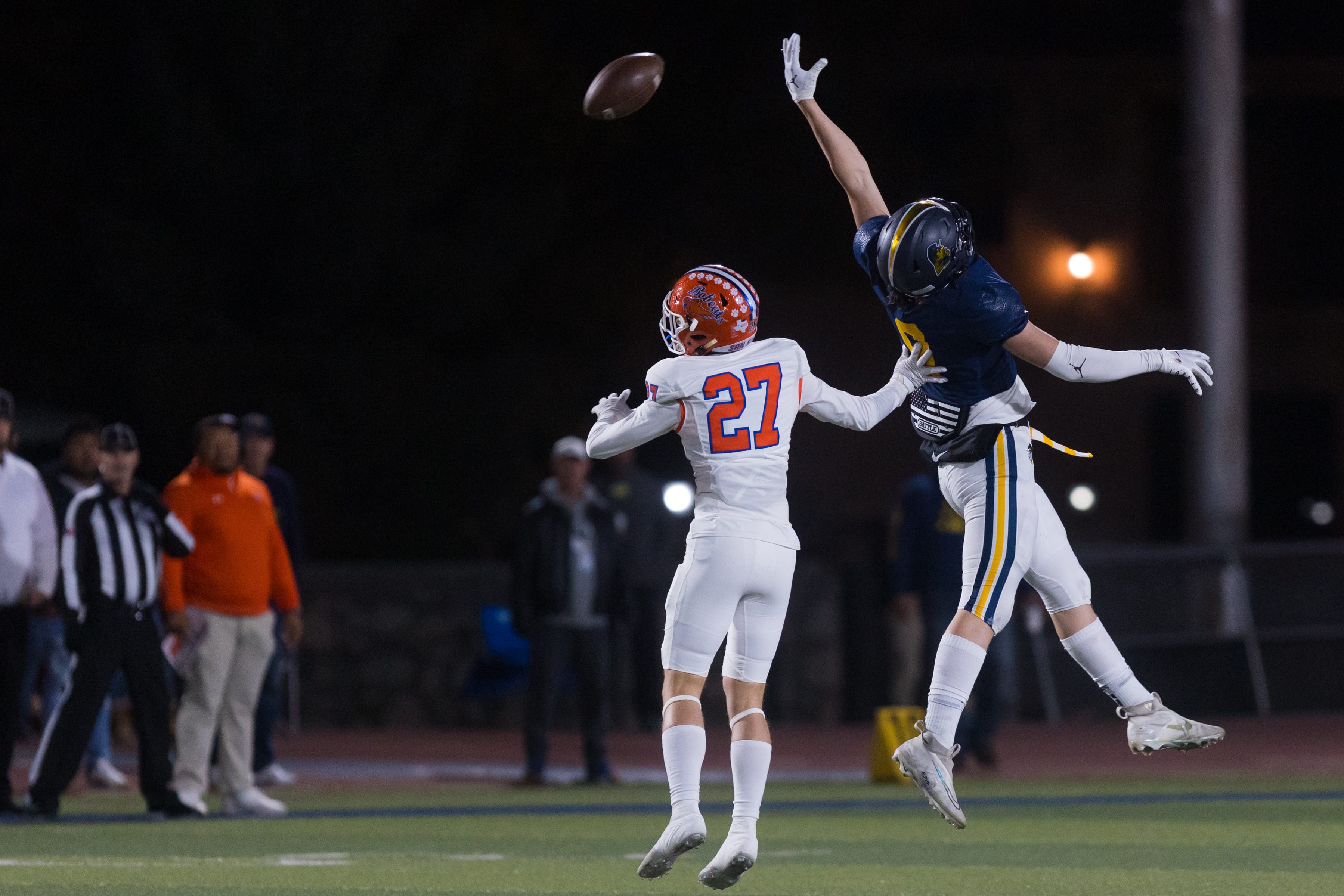 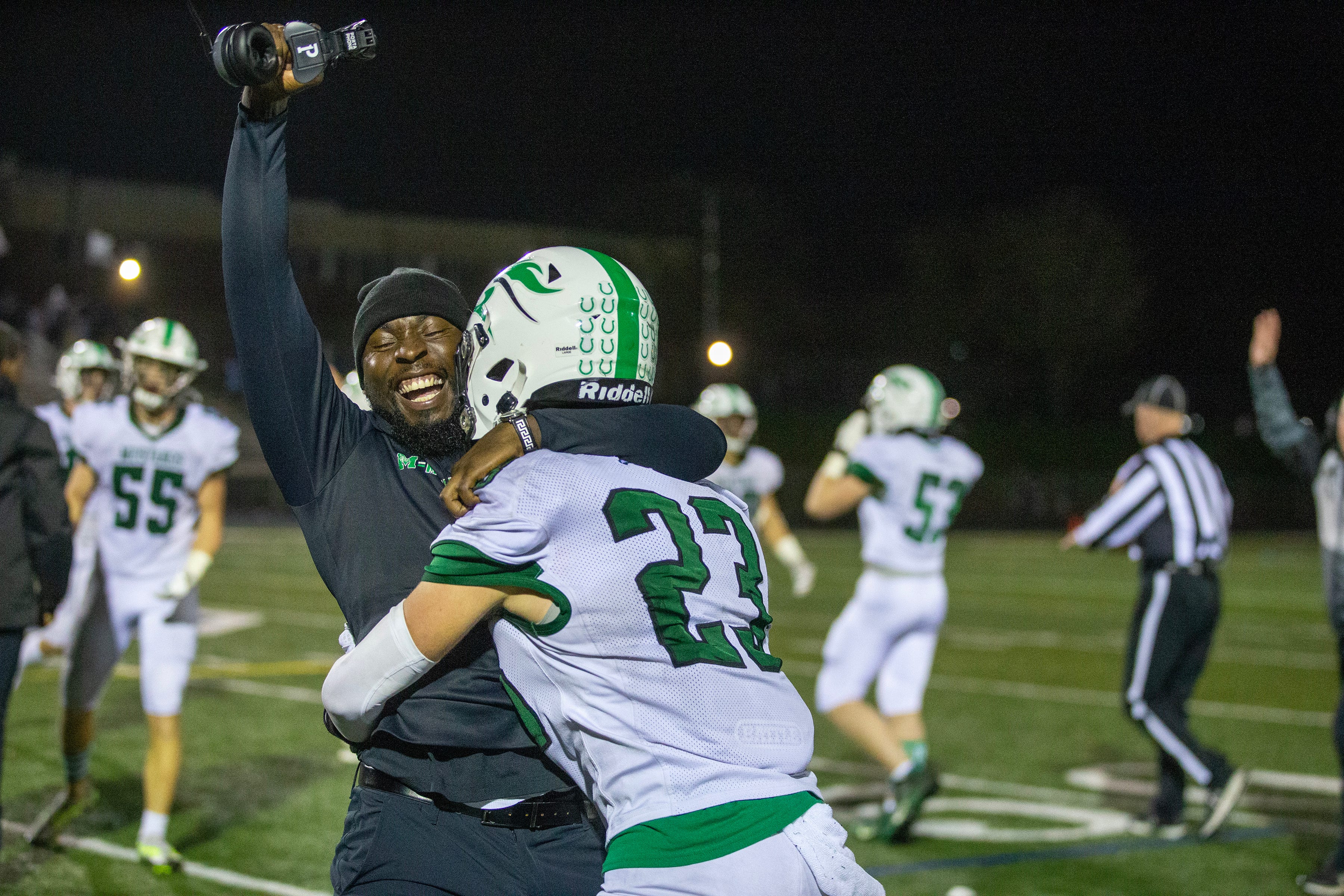 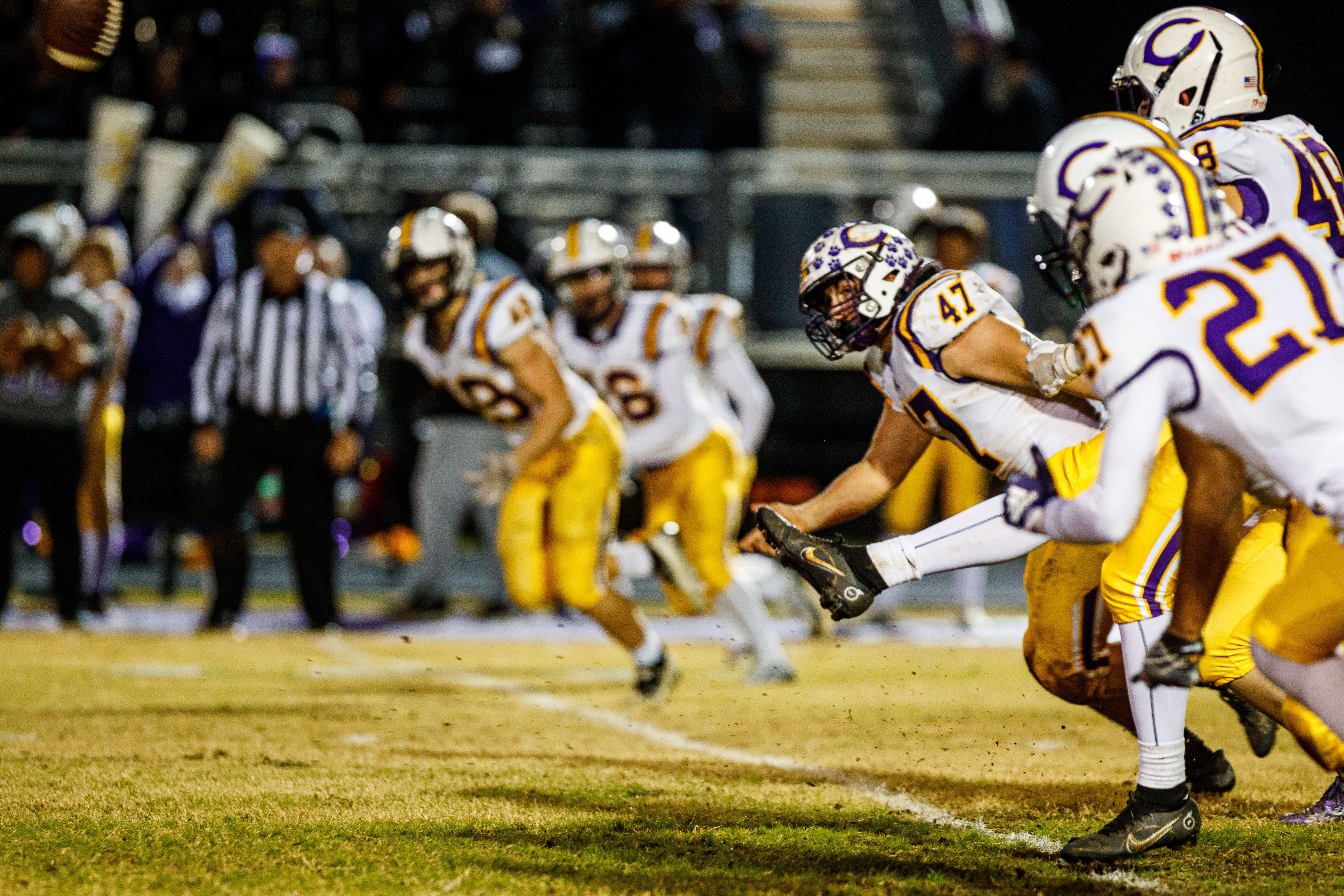 The Clarksville Panthers kick the football down the field during a playoff game at Cane Ridge High School in Antioch, Tennessee on Nov. 11, 2022.
Cane Ridge vs. Clarksville 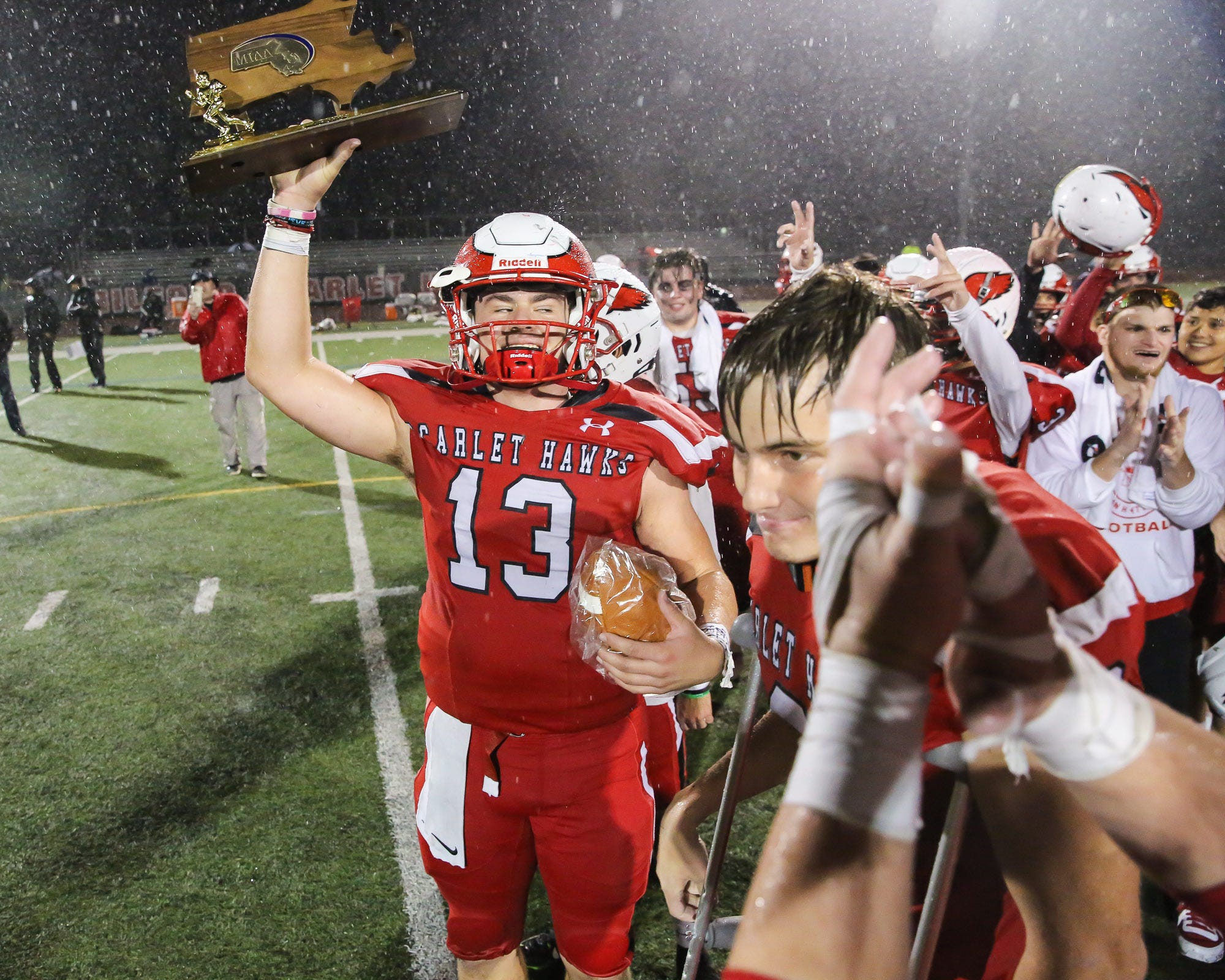 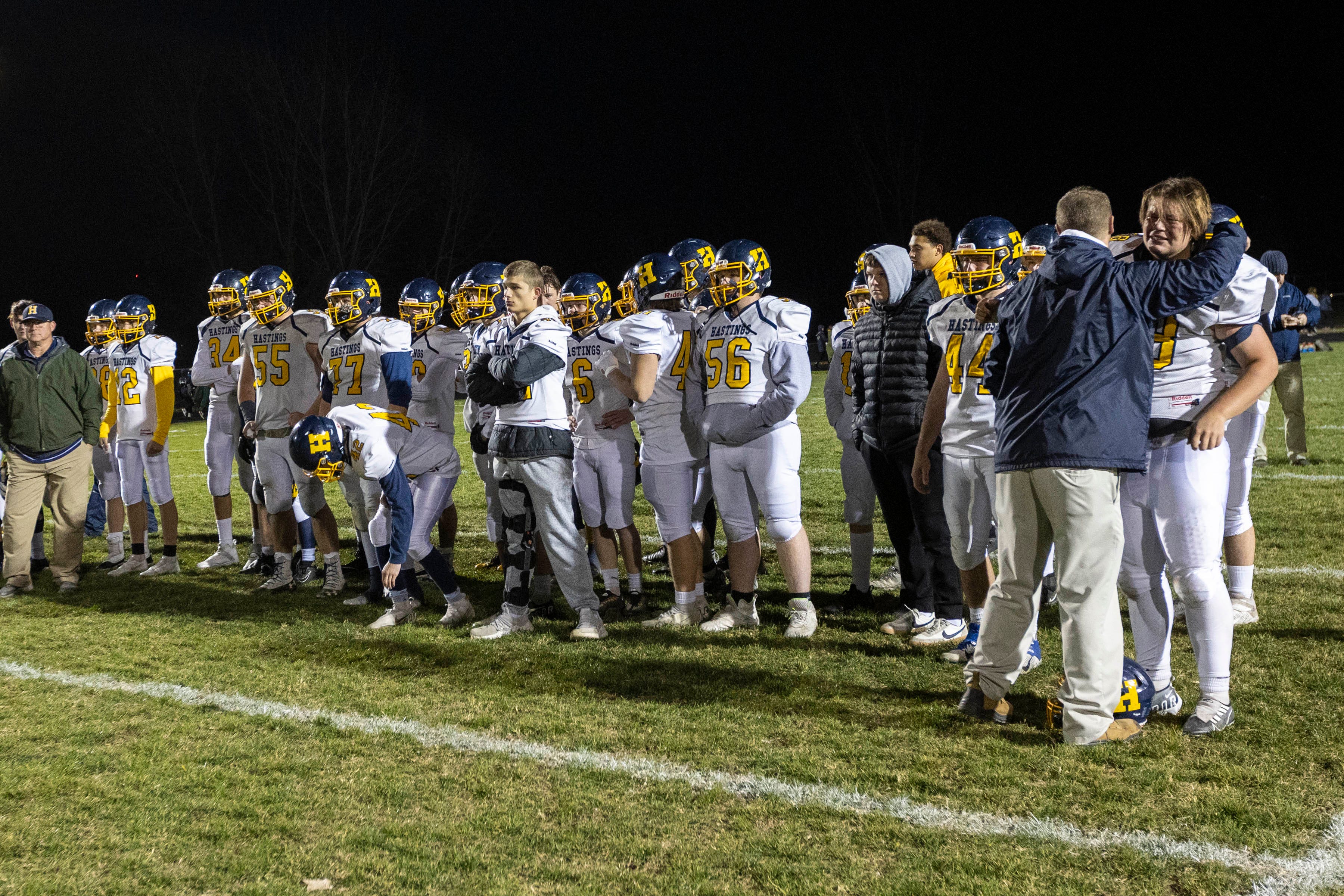 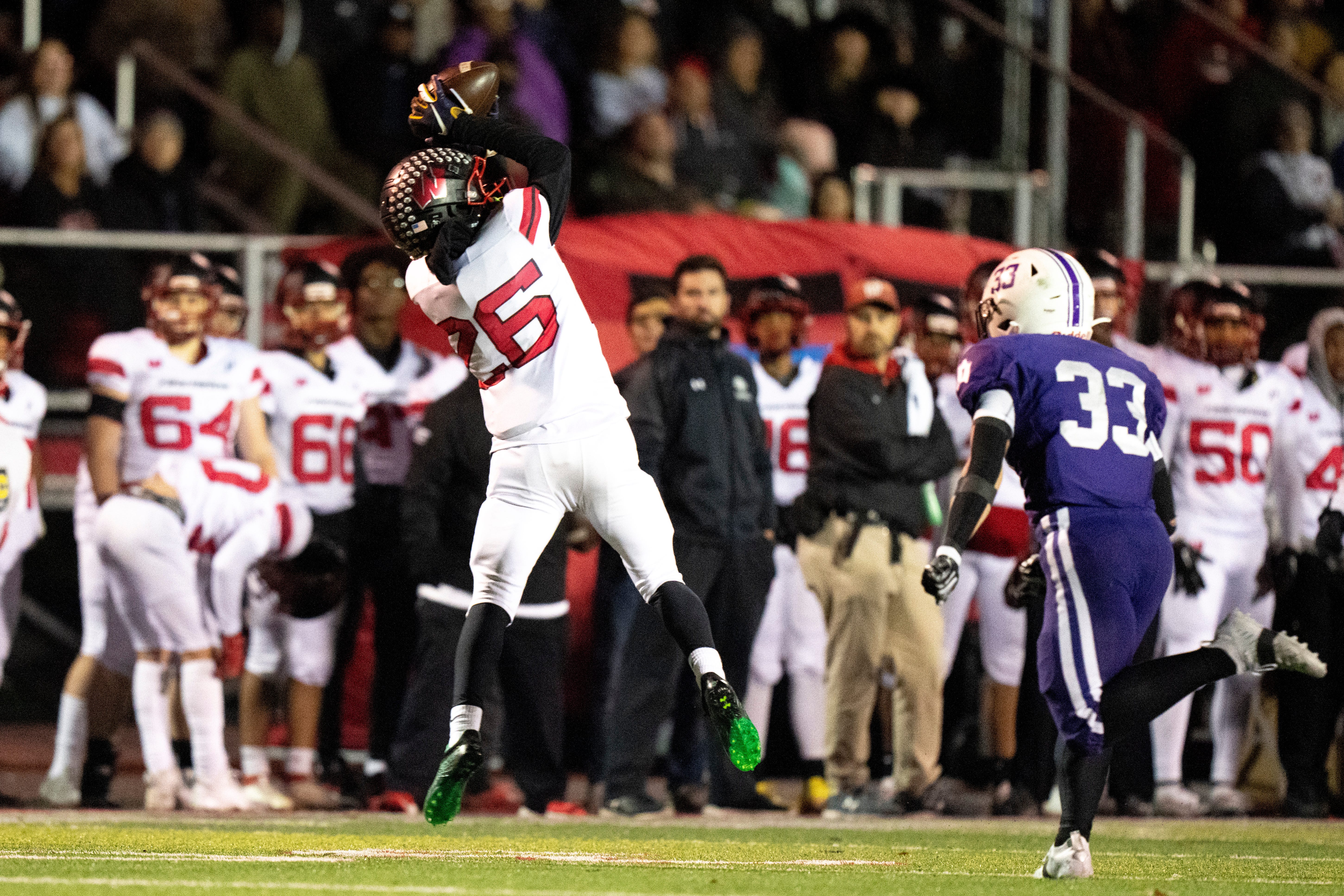 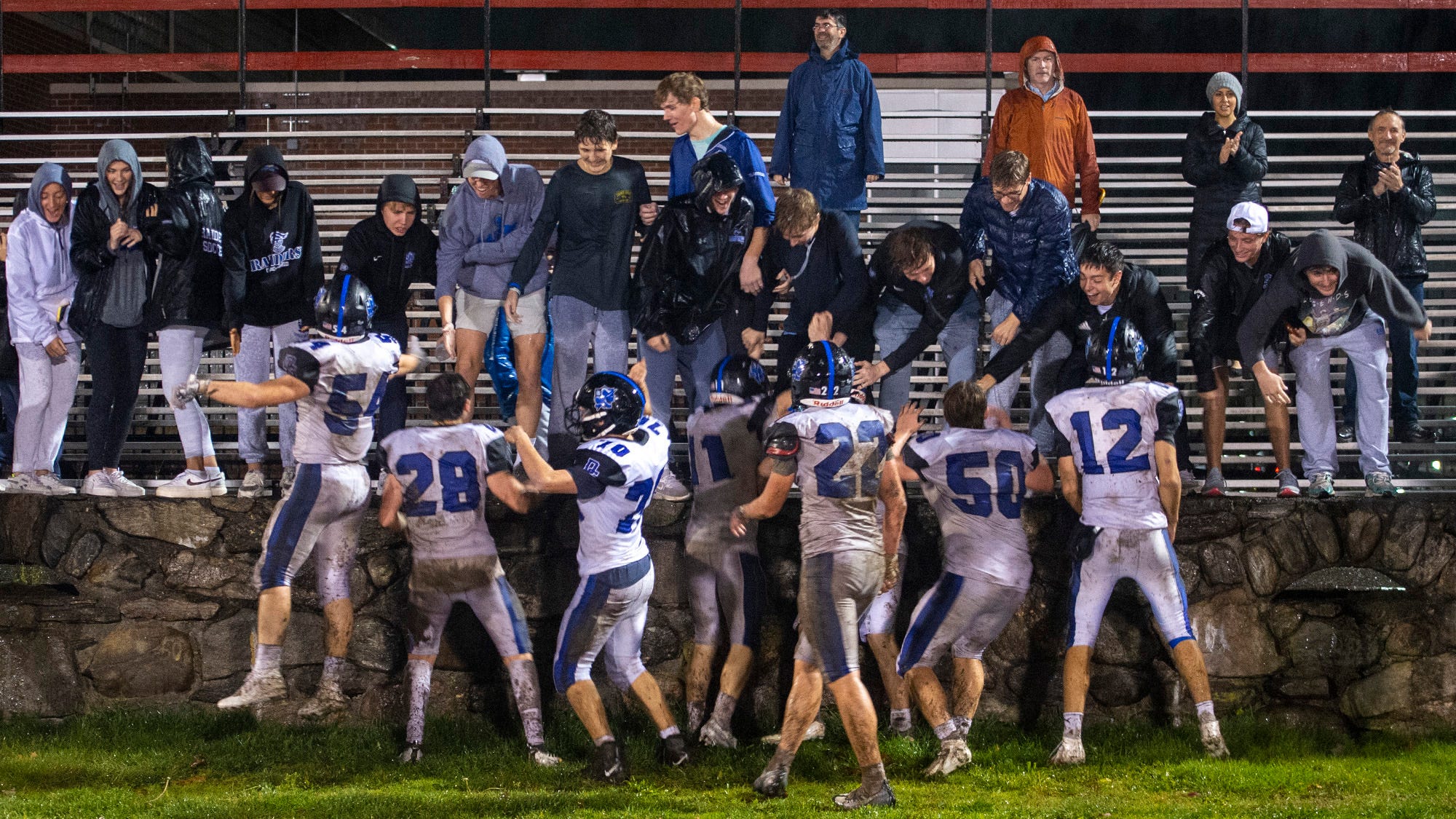 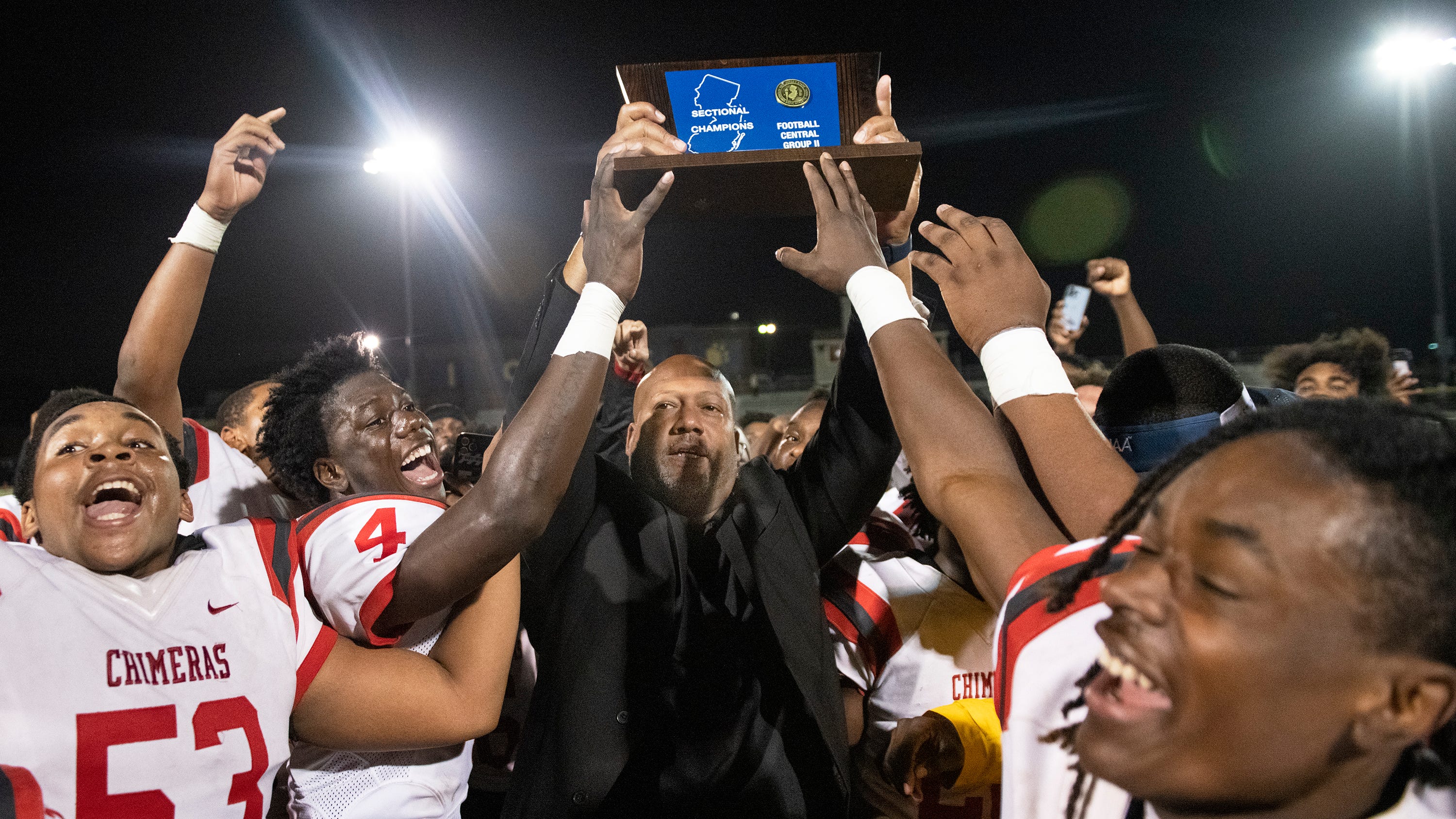