Hope realized: Using our modern understanding of human biology to fulfill the decades-old promise of a miracle drug – MedCity News 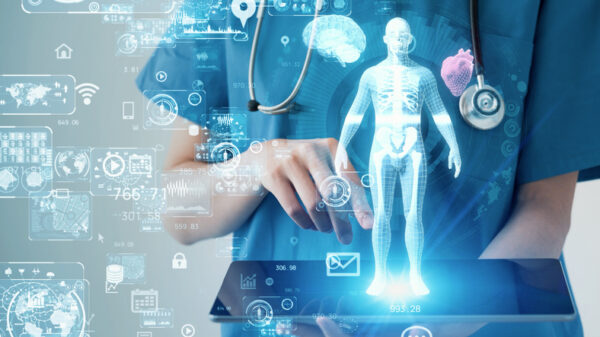 In 1950, three scientists from the Mayo Clinic were awarded the Nobel Prize for the introduction of “steroid” (glucocorticoid) drugs. From the moment the first experimental dose was administered in a clinical trial, the discovery took the medical world by storm. Some of the early patients who received the drug had severe cases of rheumatoid arthritis, and the increased mobility they experienced after taking steroids was so miraculous that Life magazine published a feature story on the discovery. Patients were literally getting out of their wheelchairs.

More than 70 years after their discovery, steroids remain among most prescribed drugs in the world. Steroids are extremely effective in treating many inflammatory and immune disorders. They can offer life-changing symptom relief for a set of conditions including rheumatoid arthritis, polymyalgia rheumatica, inflammatory bowel disease, asthma and allergies. They are also used to prevent organ rejection in transplant patients and as an adjunct to cancer chemotherapy.

It wasn’t long before glucocorticoids were discovered, however, when the terrifying reality became apparent: the miracle drug that offered hope to patients with severely debilitating diseases had side effects of such magnitude that many patients, like those featured in Life Magazine, chose to live with their illness instead of taking the medicine. Consequences range from disturbing and unpleasant, such as weight gain, mood swings, and sleep disturbances, to serious and life-threatening, such as psychosis, heart disease, fractures, hypertension, and diabetes.

The dangers of excess glucocorticoids are also revealed in two conditions in which the tumor produces excess steroids. Endogenous Cushing’s syndrome is a rare but extremely serious condition that is caused by a tumor that directly or indirectly leads to an overproduction of cortisol, the natural glucocorticoid produced by the adrenal gland. Cushing’s is characterized by physical changes such as weight gain, a fat hump between the shoulders, a chubby face, and wide purple stretch marks, and can lead to many of the same problems experienced by patients taking high-dose steroid medications: diabetes, infection susceptibility, high blood pressure , high cholesterol, fractures, depression and memory loss. If left untreated, the results are often fatal, with a five year old survival rate of fifty percent.

Much more common than endogenous Cushing’s disease is autonomic cortisol secretion or ACS, a milder form of hypercortisolism. ACS is sometimes incorrectly called subclinical Cushing’s syndrome, but it rarely progresses to Cushing’s syndrome. The condition is usually diagnosed when an otherwise benign adrenal tumor shows up on a scan for an unrelated medical condition, and the patient subsequently receives an adequate endocrine workup that identifies the tumor as cortisol-producing. Until three million Americans may be affected, but only three percent of ACS patients are currently diagnosed. Patients with ACS have many of the same health risks as those with Cushing’s, including a higher risk of developing diabetes and fracture. Without treatment, risk of a heart-damaging cardiovascular event, such as a heart attack, increases and the risk of death increases with increasing levels of cortisol production.

The 70-year response of the scientific and medical communities to the availability of steroid drugs can be characterized as a “lesser evil” approach. Many doctors are very reluctant to prescribe steroids to patients, but without such effective options, they are left to balance the patient’s pain and suffering against the harmful side effects of the drug.

The pharmaceutical industry has taken a different tack, seeking to sideline steroids in favor of newer treatments, ones that offer much-needed efficacy without the many harmful risks. However, many of the newer biologic drugs in the autoimmune space carry their own risks and do not have the same level of efficacy as steroids for many rheumatologic conditions.

There are even some conditions for which there are no effective treatment options other than steroids. For example, for the millions of adults over the age of 50 worldwide who suffer from polymyalgia rheumatica (PMR), glucocorticoids are treatment optionally. PMR, autoimmune disease condition, is characterized by pain and stiffness mainly in the arms and legs, leading to fatigue and impairment of physical function. Patients with PMR are often prescribed steroids for years. While many patients eventually come off steroids completely, they may continue to suffer health consequences from long-term exposure to steroids. Many subsequently experience flare-ups of the disease, necessitating repeated periods of steroid administration.

Despite the many problems associated with steroid drugs, glucocorticoids still occupy a critical role in modern medical care. Although traditional thinking urges a cautious approach to their use and the search for alternatives, I believe that our modern scientific understanding of human biology enables us to realize the full potential of glucocorticoids while mitigating many of their severe side effects.

Science has shown that certain body tissues, such as the kidneys, have an enzyme called HSD-2 that works intracellularly to convert cortisol, a naturally occurring steroid, into its inactive form, cortisone. HSD-2 allows the kidneys to reduce intracellular levels of cortisol, which can cause salt retention and increase blood pressure. Other tissues, such as the liver, fat, brain, skin, and bone, have a different enzyme, HSD-1, that also works intracellularly to convert cortisone back to active cortisol. HSD-1 and HSD-2 act similarly on cortisol analogs such as prednisolone, which are commonly prescribed as steroid medications. Essentially, peripheral tissues in the body are equipped with a natural function to deactivate and reactivate glucocorticoids at the intracellular level, and only active steroids available intracellularly can act on their receptors to cause unwanted effects.

It is now possible to use our understanding of these de- and reactivation processes to deliberately modulate the levels of active steroids that are available intracellularly. Our current understanding indicates that this reactivation of glucocorticoids is responsible for much of the steroid toxicity in key tissues. By inhibiting the enzyme involved in the reactivation process, HSD-1, we can limit excess exposure at the intracellular level and thus potentially mitigate many of the harmful side effects historically associated with steroids. However, intriguingly, HSD-1 does not appear to play such an important role in the immune system, where steroids act to produce the desired anti-inflammatory effects. Therefore, a combination of an effective steroid and an HSD-1 inhibitor can preserve the desired efficacy of the steroid while mitigating its dangerous side effects.

In essence, we are expanding the traditional perspective of cortisol as merely an endocrine effector produced in one part of the body and transported in its active form to another via the bloodstream to include the understanding of cortisol as an autocrine effector, a substance that can be activated within of a target cell. We shift our focus from looking at the amount of circulating cortisol and other glucocorticoids to one that focuses on the conversion of inactive steroids to active steroids at the intracellular level.

Seventy-four years ago, patients were given hope for a medical miracle. Despite the disappointments that accompany this hope, steroids continue to play an important role in treating the debilitating symptoms of many autoimmune and other conditions. Now, armed with decades of advances in our understanding of human biology, the time has come to innovate and deliver on that promise so that patients and their doctors don’t have to balance disease relief against the risk of harm. Now is the time to fulfill the hopes of glucocorticoids for patients.