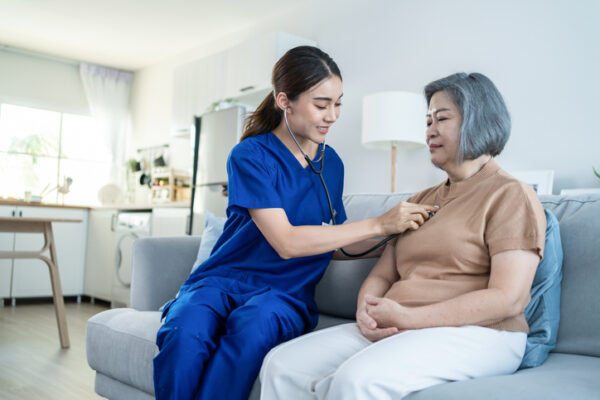 I went to the doctor for my sore hip, but left with a hard lesson in the dehumanizing conveyor belt that is medicine today.

My doctor spent more time looking at the screen than talking to me. It was hard to get him to listen, talk or even look me in the eye. He was in and out within six minutes. I found it.

If this can happen to a healthcare executive who is a registered nurse, imagine what it is like for senior citizens who are not as familiar with the medical business. Like one study found, patients are only allowed to speak for an average of 11 seconds before being interrupted. Instead, we put them on an assembly line of hyper-segmented specialists, each concentrating on their own part.

Although their intentions are good, specialists rarely have time to uncover the root cause. Vendors say they want to know their customers on a deeper level, but the system isn’t built for that type of relationship. It becomes too much about transactions and not enough about human beings.

For the elderly, this can be dangerous and disruptive, a recipe for repeated visits. Consider it an unintended consequence of a system built around charging rather than improving their lives. And it needs to change. Now.

Consider the 80-year-old woman who arrives at the emergency department with a broken hip. An emergency room doctor assessed her injuries. She was then transferred to a surgical team to repair the damage. She was eventually transferred to the care of a hospital doctor who oversaw her recovery.

She was then released to a transitional care unit. She may arrive with some paperwork and discharge plans. But no one knows who she is. So the whole process starts over with a new assessment, new payment methods and building a new electronic medical record because everyone has their own data.

Will stay 17-19 days. Not because it requires her rehabilitation. But because that’s how the reimbursement model works.

She may then qualify for home health care, or assisted living, or a nursing home. Each step kicks off an entirely new assessment, treatment plan, and payment model. Rarely does anyone investigate what started it all – or how it can be prevented from happening again. We need to look at the whole health picture.

Does the woman with the broken hip need safety bars in her bathroom, or non-slip carpets, or a handrail by the stairs? Does she have transportation for follow-up appointments? Is she cognitive enough post-op to ask the right questions while recovering?

Too often medical experts don’t even know. Their lens remains on isolated viewpoints, satisfied with the narrowly focused slice of the experience.

Think of it as an inherent byproduct of a service charge. When you are rewarded simply for doing things, you naturally do more things.

After two or three rides on the roller coaster, she goes from proudly independent to institutionalized. Her life is narrowing. Her hope is dashed. Despite medicine’s best intentions, the roller coaster is designed for sadness. And it doesn’t have to be.

A change in medical care is as simple as a change in remuneration. If we are reimbursed for keeping people healthy, medicine will go where the money is. Multiple Medicare test programs already show it works.

My company, Lifespark, is involved in one such program. Over the past four years, our emergency department visits have decreased by 42 percent. Hospital admissions: down 43 percent. Admissions to skilled nursing facilities: down nearly 50 percent. Despite their limitations, these test programs have already accumulated billions in savings.

Value-based care, or better yet, global risk, has a way of breaking down silos. If providers want to get paid, they have to cooperate. This means that instead of treating an isolated problem, we need to reach out to the rest of the ecosystem, coordinate treatment, and work together toward a meaningful outcome.

New federal regulations enforces data sharing. No longer can each silo guard its own, preventing one practice from informing another.

Best of all, it forces us to listen to people. We now know that there is more to the elderly than just a broken hip or broken arm. Their health is shaped by a myriad of social determinants. Are they insulated? Live in a food desert or neighborhood with poor air quality? Has poverty led to a lifetime of health care austerity? If we are paid to keep them healthy, we should know everything that keeps them from doing so.

The system is not perfect. Deeper care means more complex coding. Some providers use this to simply generate larger bills without doing anything to change their care. Old ways die hard.

But it forces us to break down these silos, to listen to people’s desires and goals, to build a system according to them. After all, the health of this 80-year-old woman is no longer an afterthought. That’s the whole point of the game.