‘I can do more’: New Jersey kids with physical disabilities struggle to play, compete 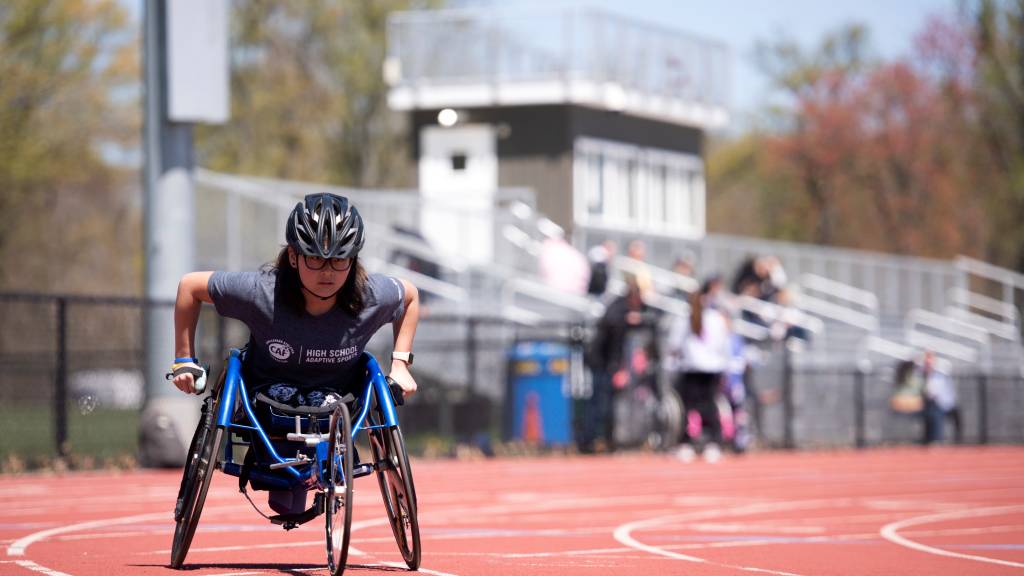 With tense shoulders, arms and hands, Mia Emory powered the bright blue racer around the track at the top of the Korpi ice rink in Bayonne.

Mia was doing laps in the long, low-slung wheelchair, using both arms, then just her left, to try to build up the muscles to match her dominant right side. By the time the 17-year-old got out of the seat, she had long since removed the pink jacket she had been wearing to protect herself from the freezing cold, and was now leaning against the wall to do crunches.

Her 12-year-old middle sister, Sophia, was at the far end of the track working on throws. The youngest sibling, Yiman, 11, lounged on the landing pad with his iPad and one day iPhone, wearing dark sunglasses like a Hollywood star. She had surgery earlier in the week and had to miss New Jersey Navigators“first indoor workout.

Holly and Pete Emory adopted the girls, all of whom have physical disabilities. The Sayreville couple long ago decided that physical differences would not prevent the girls from playing sports.

But that’s easier said than done.

The story continues in the Daily Record