In which I pick on Prof. Alan Blinder about the main reason for the fall in inflation since June 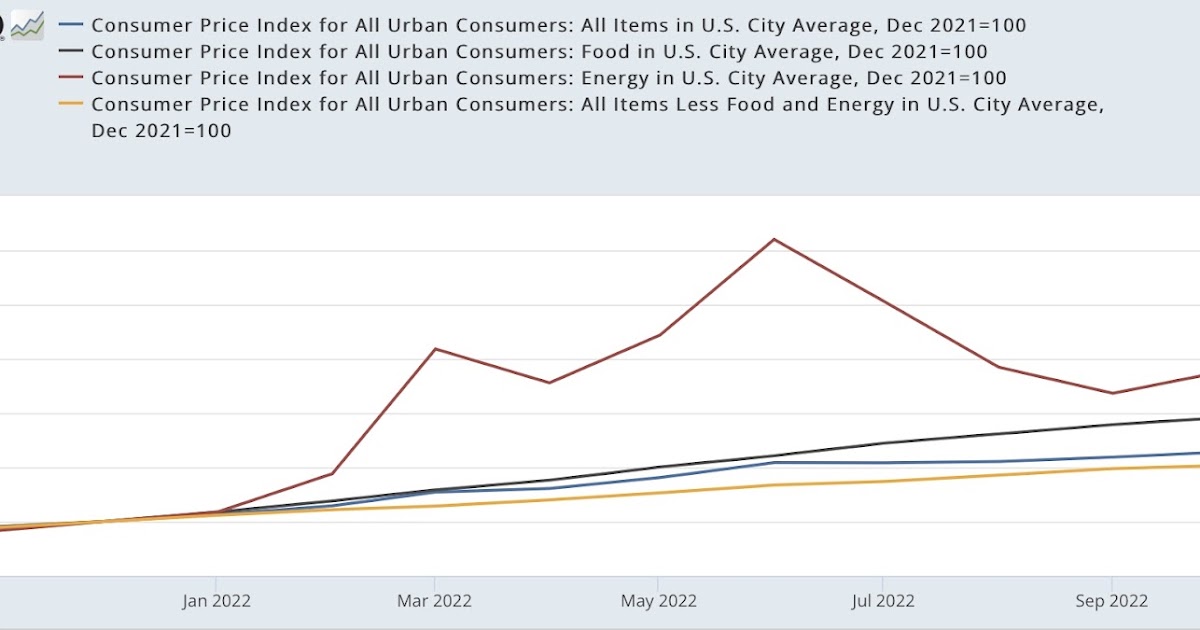 While I agree that supply bottlenecks are “mostly behind us,” the phrase “remaining” in his analysis seems to be doing heavy lifting.

Here is a graph of the total CPI (blue), CPI excluding food and energy (gold), CPI for food (gray) and CPI for energy (red):

An even better way to look at this is to compare headline inflation (blue, just like above) with CPI less energy (red). In the first 6 months to June, CPI less energy rose at a 7.7% pace, and since then at a 5.3% pace (a 31% decline):

Again, focusing on the most important aspect, the rate of decline in core inflation since June was 33%, non-energy inflation 31%, but headline inflation including energy was 78%. So, in terms of the CPI, it’s quite clear that energy is the main driver of the fall in inflation.

Unfortunately, there is no FRED “PCE cost index less energy” but the pattern compared to CPI inflation is the same. Comparing the first 6 months of this year to the last 5 on a year-over-year basis, core PCE cost increases are down 32%, but total PCE costs, including energy and food, are down 70%. It is suggested that if we remove food, the decisive impact of falling energy prices will be even more pronounced.

So while the easing of supply bottlenecks is certainly a factor, by far the decisive factor in the fall in inflation is the huge drop in the price of gas.

Finally, a note that I nevertheless come to the same bottom line as Professor Binder, which is that the Fed should declare victory and go home, but mainly because much of the remaining core inflation that is problematic is related to with “equivalent owner rent” lagging well behind, while actual house price increases are on track to be flat on a year-over-year basis until the middle of this year.