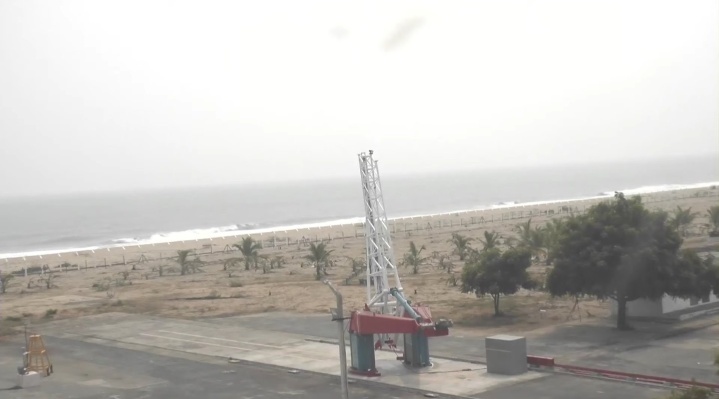 The Indian Space Agency successfully launched Vikram-S after much anticipation and years of work in boosting the nation’s private sector space industry.

The Indian Space Research Organization (ISRO) launched the suborbital rocket at 11.30 am local time on Friday from the Satish Dhawan Space Center in Sriharikota, on India’s east coast.

The Vikram-S, developed by four-year-old startup Skyroot Aerospace, is a spin-stabilized solid-propellant single-stage rocket with a mass of about 550 kilograms. It carries three custom loads, including one from a customer outside India. Made from an all-carbon fiber core structure, the 6-meter rocket was developed over two years. 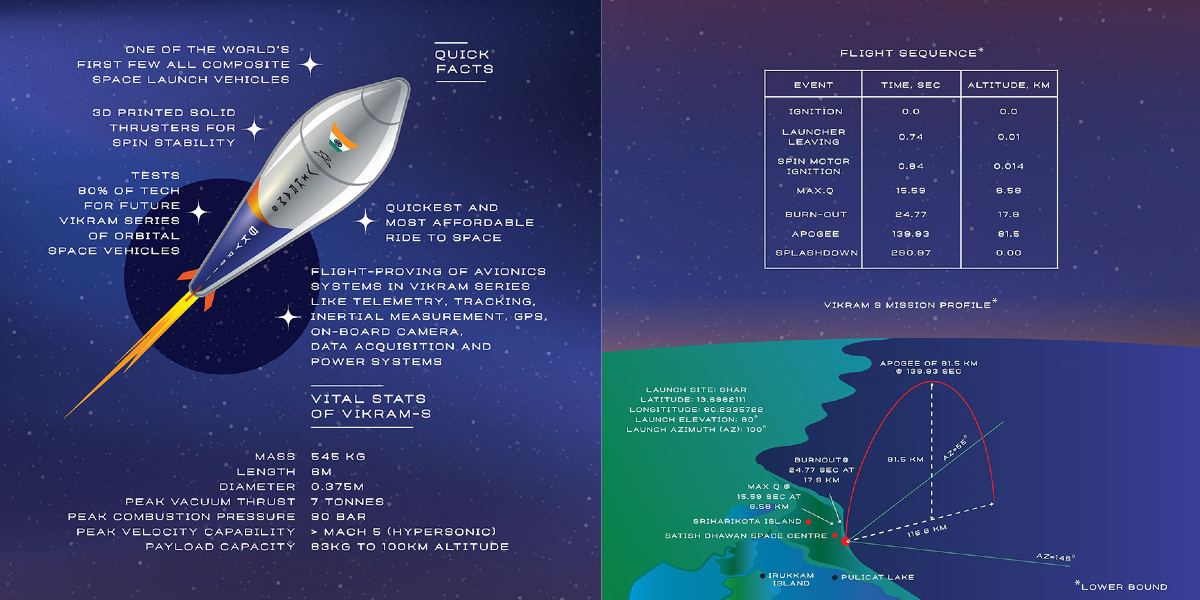 The demonstration mission, called Prarambh (“beginning” in Sanskrit), is the first by Hyderabad-based Skyroot. The startup is building a series of launch vehicles named after Vikram Sarabhai, the founder of India’s space program.

In June 2020, the Indian government adopted space sector reforms and established the Indian National Space Promotion and Authorization Center (IN-SPACe) to allow private companies to use ISRO’s infrastructure. New Delhi also set up NewSpace India Limited (NSIL) as the commercial arm of the space agency to work closely with private companies and start-ups to support space developments in the South Asian country.

“I am happy to announce the successful completion of the Prarambh mission, the ‘beginning’ of Skyroot Aerospace. The VKS missile [Vikram-S] took off at an LEA (launch elevation) of 80 degrees and an azimuth of 100 degrees, achieved an altitude of 89.5 kilometers and a range of 121.2 kilometers – exactly what Skyroot Aerospace had planned. All the systems, as far as I can tell, have worked as planned and Skyroot Aerospace has demonstrated the capabilities of various subsystems that will go into the orbital launch vehicle,” Pawan Goenka, Chairman, IN-SPACe, Department of Space, said after the successful launch.

Founded in 2018 by former ISRO scientists Pawan Kumar Chandana and Naga Bharat Dhaka, Skyroot successfully tested the ignition of India’s privately produced solid propellant grade in December 2020. It was also the first startup in the country in 2021 to sign an MoU with ISRO to launch its rockets.

The startup has raised a total of $68 million, including a $51 million Series B round led by Singapore-based GIC in September, and has a valuation of $165 million.

According to data shared by the Indian Space Association (ISpA) with TechCrunch, Indian space startups have raised over $245.35 million, with $108.52 million invested in 2022 alone. The association counts Skyroot as one of its members, along with private companies including Bharti Airtel and OneWeb as founding members.

The government is currently working on a new space policy to increase private participation and encourage investment in the country’s space sector.

In a recent interview with TechCrunch, ISpA Director General Lt Gen AK Bhatt said the space policy will address some issues raised by industry players, including a single window for sanctions and allocation of spectrum for satellite communications services through the Ministry of telecommunications.

Industry players have also asked the government to open up the foreign direct investment policy and tax incentives, import duties and indigenous manufacturing of space equipment, which are yet to be considered.

“We are very excited to announce that today we have made history by successfully launching India’s first privately developed Vikram-S missile,” said Skyroot’s Chandana. “This Prarambh mission, as the name suggests, is the beginning of a new era in the Indian space ecosystem. Team Skyroot dedicates this successful mission to Dr. Vikram Sarabhai who boldly launched the Indian space program in the 1960s and Honorable Prime Minister Shri Narendra Modi ji who unlocked the space sector for private players. And most importantly, we thank InSPACe and ISRO, all their teams and the dynamic leadership that enabled this mission in this most efficient way.”