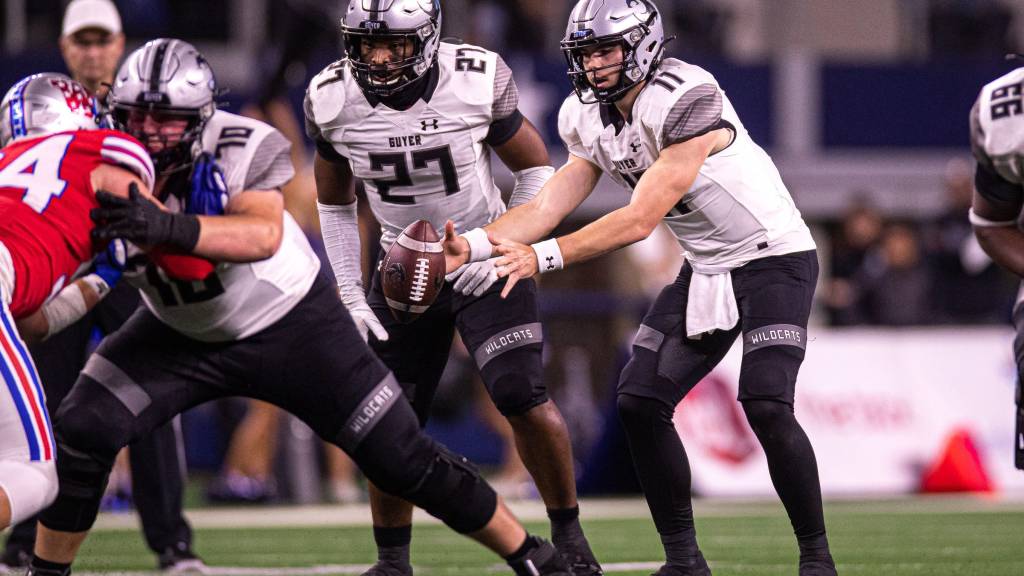 Oklahoma quarterback Jackson Arnold capped off his illustrious high school football career with one of the sport’s most prestigious honors.

On Thursday, Arnold was named the Gatorade National Football Player of the Year. He led Guyer High School (Denton, Texas) to a 14-1 record, passing for 3,476 yards and 33 touchdowns to finish with 921 rushing yards and 24 rushing touchdowns, good for 4,397 total yards and 57 total the touchdown.

Arnold dominated on the football field and exceeded Gatorade’s standards for impact in the classroom and society in award requirements. According to the organization, Arnold has a 4.5 GPA and spent three and a half years as a member of the Young Men’s Service League of Texas, where mothers and sons do community service together.

Arnold wound up enrolling in Oklahoma.

Ranked as the No. 4 quarterback and No. 7 player in the 2023 class by the 247Sports Composite, Arnold took Texas high school football by storm as a junior after being named the starting quarterback. He threw for about 3,900 yards, led Guyer to a championship game in 2021 and continued his upward trajectory last summer by being named the 2022 Elite 11 Finals MVP. At the time, Arnold was elevated to a five-star prospect.

In his two seasons as a starter, Arnold passed for more than 7,000 yards and 67 touchdowns while only throwing eight interceptions, according to his Oklahoma Biography. He rushed for 1,580 yards and 36 touchdowns.

Arnold was named the Gatorade National Football Player of the Year over finalists Malachi Nelson and Arch Manning. Nelson, a USC commit, is ranked as the No. 3 player in the 247Sports Composite, while Texas commit Manning is listed as the No. 1 player in the class.