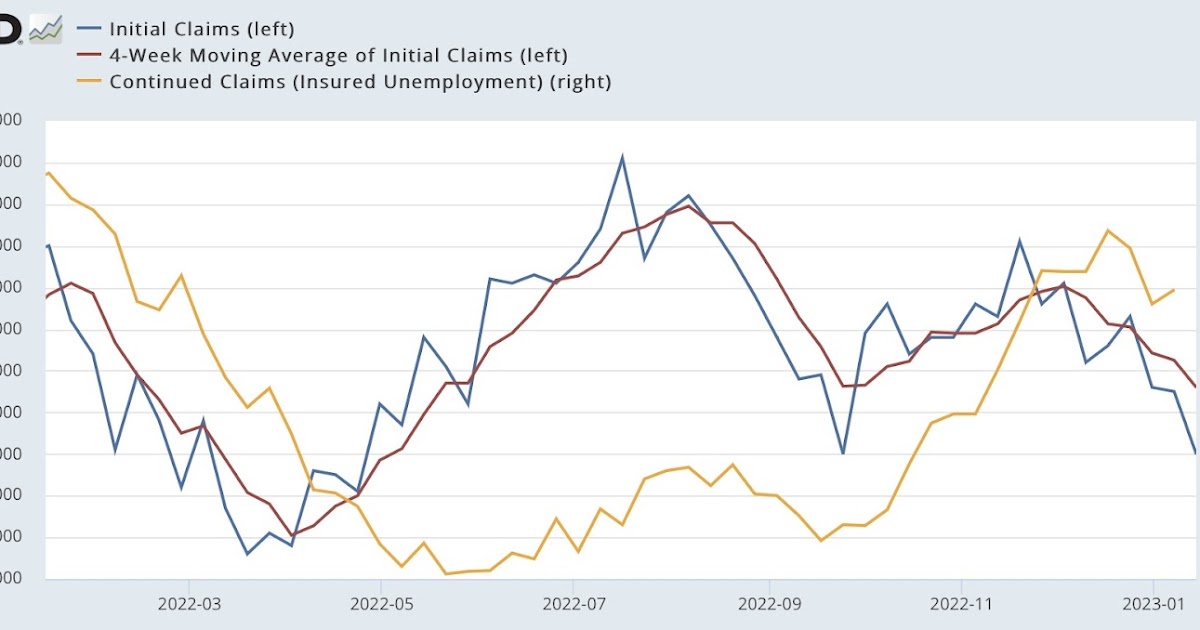 If yesterday’s economic data was bad, this morning’s was significantly better (I’ll post about housing later).

These continue to be simply excellent numbers.

In addition, both initial claims and their 4-week average improved and are lower year-on-year, although ongoing claims are only slightly higher:

Unless and until the 4-week average of initial claims is 10%+ higher y-o-y and stays there, there is no signal of a recession.