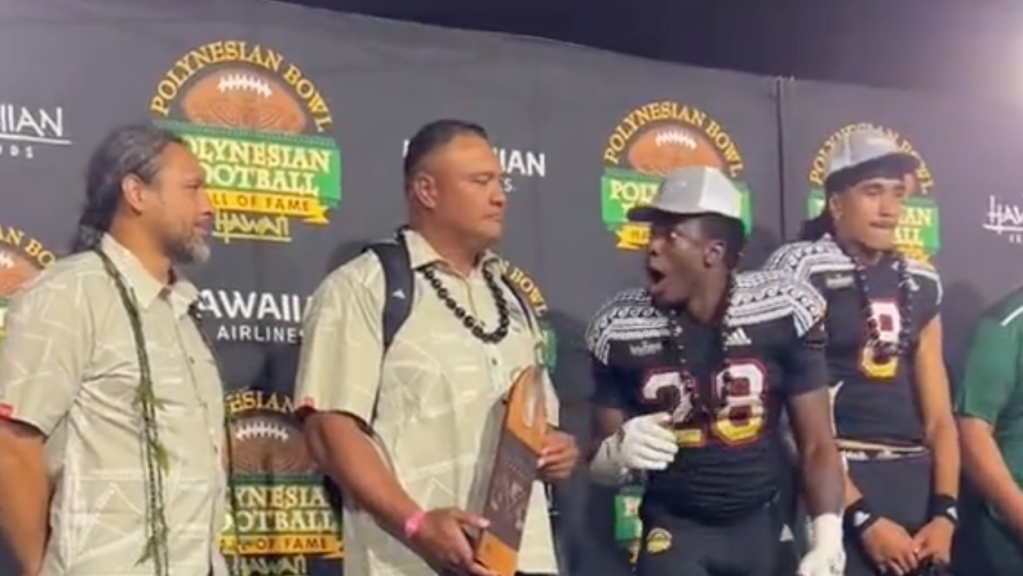 After the Polynesian Bowl ended with a 22-17 victory for Team Mauka, a handful of influential people in the game stood up to present trophies to the game’s MVPs, defensive end Andrew Harris and quarterback Niko Yamaleva.

While Harris and Yamaleava are among the stars of the Class of 2023, neither was the standout behind the scenes. And it took Harris a moment to realize that to his right stood a man whose hair, now white and pulled back in a ponytail and not as recognizable as it had flown under his helmet and in commercials, was one of the best and the most popular NFL players in recent times.

His reaction when he realized the NFL legend was standing near him was as useful as can be.

Polamalu presented Harris with the Defensive MVP award. Harris was quite reserved during the interview with the Polynesian Bowl representative after receiving the trophy, but became emotional when asked who presented it to him.

“Oh my God, this is a blessing, I never thought I would meet him in person. Like it’s crazy,” he said with intelligence in his voice best heard via video instead of reading a page.

Harris recorded two sacks and had a pass breakup in the Hawaii High School All-Star Game. He is an uncommitted four-star prospect who plans to announce his college decision on Feb. 1, according to 247 Sports.