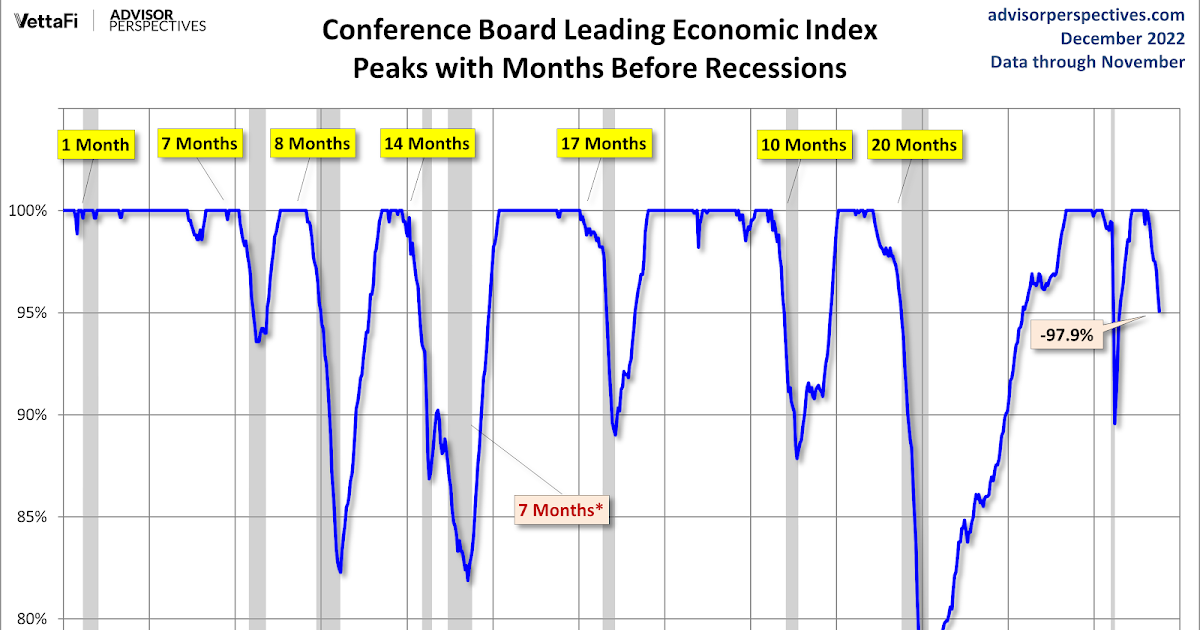 This week is one of those where almost all the important data is crammed into one day – in this case, Thursday, when 4th quarter GDP, initial claims, real manufacturing and trade sales, durable goods orders and sales of new homes immediately.

Meanwhile, you may have heard that yesterday the leading indicators index was down -1.0% again. This marks the index’s 9th straight decline, which is now -5% below its recent peak (via Advisor Perspectives): So if the leading indicators are sharply down, what is the current state of the “big 4” monthly matching indicators that the NBER has indicated it pays the most attention to? Here they are, each normalized to 100 relative to their respective most recent peaks:

This tells us that the price of gas played an important role in their levels and especially in real sales and real earnings. As gas prices continued to fall in November and December, this will give them another boost:

However, that likely won’t be enough to save actual sales for November, which will be updated on Thursday. We already know that real retail sales fell this month and nominally, as well as manufacturing and wholesale sales, as shown in total (nominal) business sales:

In nominal terms, total sales decreased -0.8% in November. An inflation adjustment is unlikely to be sufficient to reverse this sign. If so, this will be the second of the 4 metrics to be transferred. We will see real personal income minus transfer receipts on Friday.