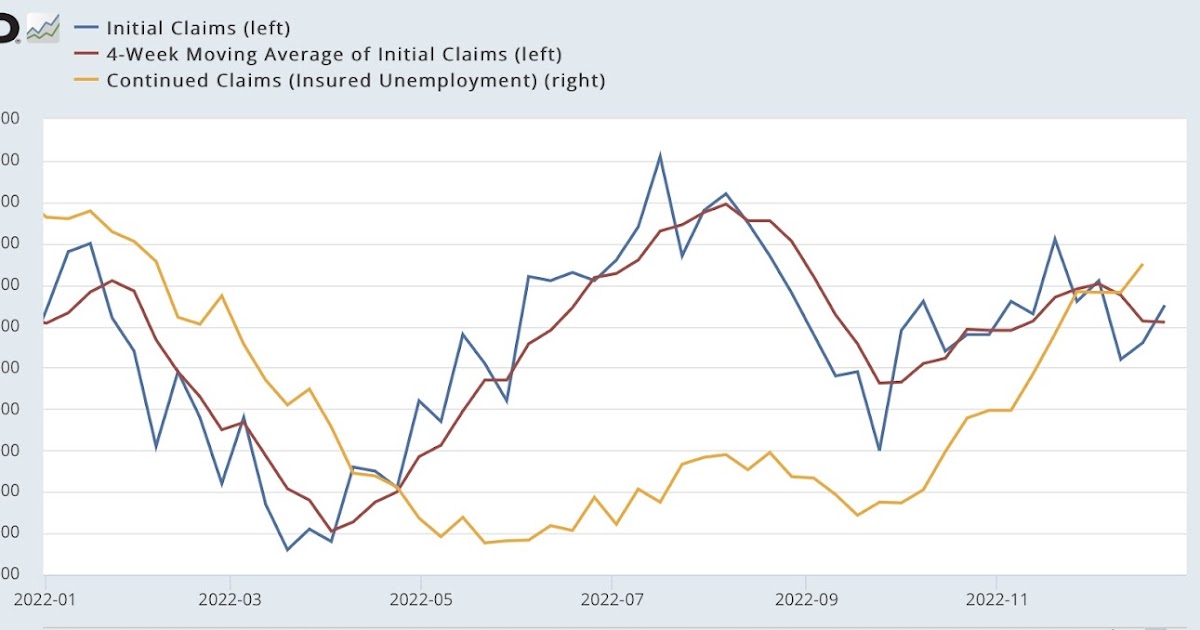 All three numbers also remained lower year-over-year. The most important leading indicator, the year-over-year change in the 4-week moving average of new claims, is 3.2% below its level a year ago (this week’s data is omitted from the chart below due to the same issue ):

Although seasonal distortions may be at their maximum right now, this is a very good weekly report.

Tomorrow we get the much more important monthly jobs report. As initial claims drive the unemployment rate and have remained low, I expect the unemployment rate to remain unchanged +/-0.1%. As for wages themselves, I expect the quarterly average of 272,000 to continue to slowly decline, suggesting a monthly number below 250,000. Since taxes withheld were negative year-over-year for the second month in a row in December, I’ll be especially alert for a deviation compared to recent reports.

I will also look to see if there is a deterioration in some leading employment indicators that have not yet changed; in particular employment in construction and manufacturing. As the weekly headcount also weakened over the past month, I will also be watching to see if temporary employment continues to decline.