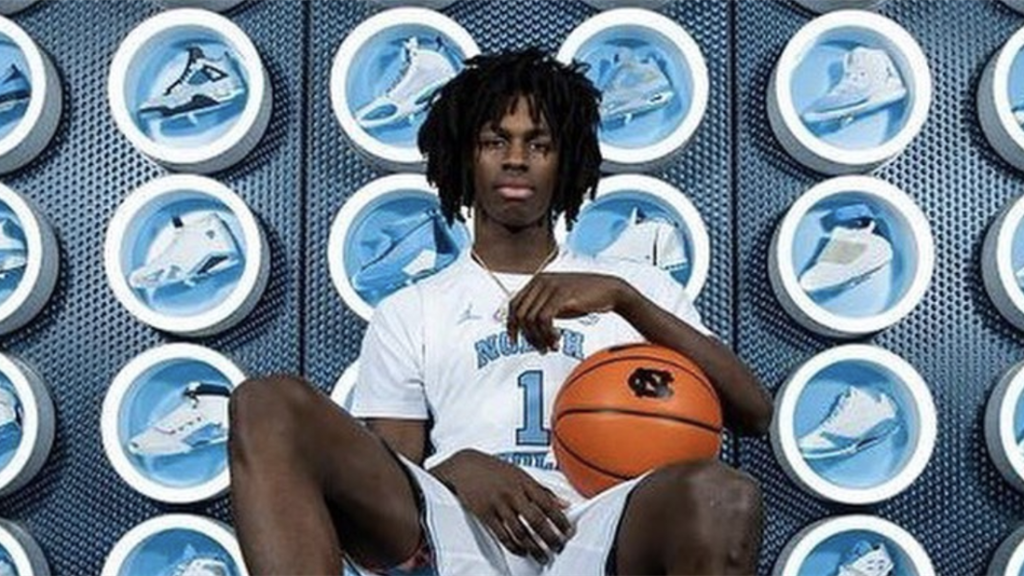 According to Inside CarolinaJackson says the family atmosphere influenced his decision.

“(What) struck me (about the visit) was how much family everyone was there. The entire coaching staff has played there, so it’s been great how familiar everyone is with the program and the culture. It speaks volumes for UNC that all of the former players and coaches are returning to the school for their careers.”

Jackson is the second five-star recruit the Tarheels have landed in a month — the other being point guard Elliott Caddo. UNC’s Class of 2024 is currently ranked No. 1 in the nation by a wide margin.

On film, Jackson is a scoring phenomenon with an excellent mid-range jumper and thrives finishing in transition. Here are some highlights.

Tarheels fans probably shouldn’t get too comfortable with Jackson, though. He says his plan is to play one year in college, then enter the NBA Draft.