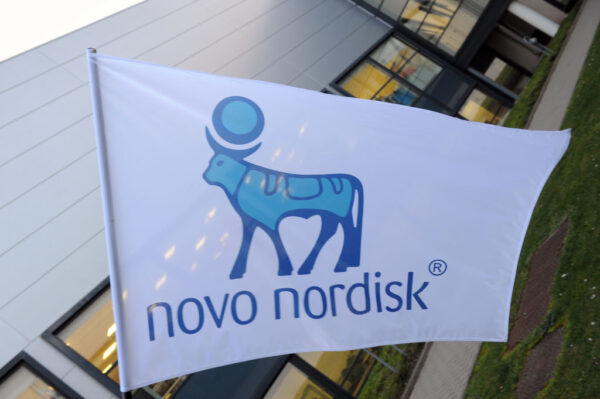 Novo Nordisk’s type 2 diabetes tablets Rybelsus now have FDA approval for use as first-line therapya change that allows the fast-growing product to reach an even larger group of patients in the competitive diabetes drug market.

Rybelsus once daily is indicated for use along with diet and exercise as a way to help control blood glucose levels. But when the pill was originally approved four years ago, the drug’s label said it should not be used as an initial treatment for type 2 diabetes. That restriction has been lifted, Novo Nordisk said late Thursday.

The main component of Rybelsus is semaglutide, a peptide that activates the glucagon-like peptide (GLP-1) receptor. This increases the release of insulin from the pancreas when blood sugar is high. The drug also reduces the release of sugar from the liver and slows down the process of food leaving the stomach after a meal.

Semaglutide is commercially available in various forms. Once-weekly injectable semaglutide was the first to win FDA approval in 2017 for type 2 diabetes. Novo Nordisk markets this product as Ozempic. The 2019 FDA nods for Rybelsus made the drug the first oral GLP-1 agonist approved for the market. Novo Nordisk developed this version of semaglutide with an ingredient that facilitates gastric absorption, allowing the drug to be formulated as a pill.

Other pills approved as first-line therapy for type 2 diabetes include Merck’s Januvia and Eli Lilly’s Jardiance. Januvia blocks an enzyme called DPPP-4, an approach designed to slow the inactivation of hormones important for maintaining stable blood sugar levels. Jardiance blocks a target called SGLT2, which has the effect of reducing the reabsorption of glucose in the kidneys so that it can be excreted in the urine.

Lilly has a drug that targets GLP-1, Trulicity. But this blockbuster drug is given as an injection once a week. When it was first approved in 2014, Trulicity’s label said it was not recommended as a first-line diabetes treatment. This restriction is no longer on the current Trulicity label. Lilly’s newest diabetes product, Mounjaro, offers a dual approach to diabetes by activating GLP-1 as well as another target called GIP. This once-weekly injection also has no limitation to recommend against first-line use. Novo Nordisk sought labeling parity with its competition.

“Knowing that other GLP-1s with a similar safety profile have received FDA approval without this use restriction, Novo Nordisk has returned to the FDA to request that the use restriction be lifted,” a company spokesperson said by email.

Rybelsus follows in Ozempic’s footsteps as a hit seller. New Nordisk reported more than 7.2 billion Danish kroner (more than 1 billion US dollars) in sales of the pill in the first nine months of 2022, which is a 140% increase compared to the same period of the previous year. In diabetes, Ozempic and Rybelsus together account for more than half of the global GLP-1 market, the company said in its third-quarter 2022 earnings presentation. Rybelsus’ move to first-line treatment will make more patients with type 2 diabetes eligible for the therapy.

“Removing the use restriction is an important step forward for people living with type 2 diabetes and allows Rybelsus to be taken earlier,” Aaron King, MD, a family medicine and diabetes specialist in San Antonio, said in Novo Nordisk’s announcement . “By taking Rybelsus first, people with type 2 diabetes, along with their care teams, can now use this medicine early in their diabetes care journeys.”