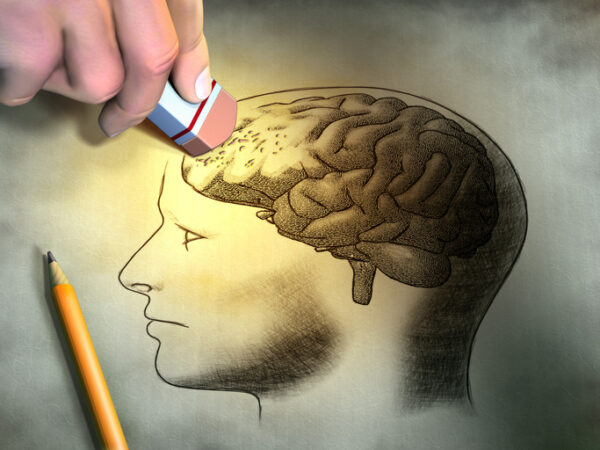 Frontotemporal dementia (FTD) or frontotemporal lobar degeneration (FTLD) is a rare, rapidly progressive neurodegenerative disease that is the most common form of dementia in people under the age of 60. FTD affects the frontal and temporal lobes of the brain—areas typically associated with personality, behavior, and language. Thus, people with FTD often develop symptoms such as behavioral changes, lapses in judgment, and severely reduced language skills by the time they are in their 40s and 50s. Unlike Alzheimer’s disease, which is characterized mainly by memory problems but generally not major changes in personality or language, FTD strikes at the core of what makes us who we are.

Given that FTD is a rare disorder, estimated to affect <0.02% of the population in the United States and the European Union, it is easy for people who have symptoms of FTD to be misdiagnosed as having a mental illness. disorder or another more common type of dementia such as Alzheimer's disease. In addition, some of the cognitive, behavioral, and language difficulties in FTD can either go unrecognized or be stigmatizing and uncomfortable for individuals and their families to discuss. As a result, the road to receiving an accurate diagnosis is often long and complicated for FTD patients and their families. To make matters worse, once a diagnosis of FTD is received, there are currently no approved treatment options available for any form of FTD.

The good news is that there are now numerous interventional clinical trials evaluating potential investigational therapies for the treatment of various types of FTD. Some cases of FTD are genetic or hereditary in nature, meaning that a parent can pass a genetic variant associated with FTD to their child. The 3 most common genes that are associated with the development of FTD are GRN (progranulin gene), C9orf72and MAPT. In the past, genetic testing for variants of these genes was less common; however, now that potential therapies are being developed to address the underlying problems associated with each of these different gene variants, genetic testing is becoming more common and more important than ever to help carriers of these variants understand which type of therapy to investigate is best suited for them. There are several options for individuals to obtain free genetic counseling and genetic testing. The Frontotemporal Dementia Association (AFTD) is a great resource for people interested in genetic testing.

Once a person is aware of their genetic status, they may be eligible to participate in a clinical trial of an investigational therapy that is designed to slow or stop disease progression in that specific genetic subtype of FTD. There are several ongoing interventional trials, which are listed by genetic subtype below.

There is a huge unmet medical need to develop effective therapies for FTD, and this is an exciting time with multiple studies of new potential treatments. Participation in interventional clinical trials is critical to bringing new therapies to market. Anyone who has been diagnosed with FTD or who has a potential family history of FTD and is interested in genetic testing options and clinical trials can learn more at the links above.