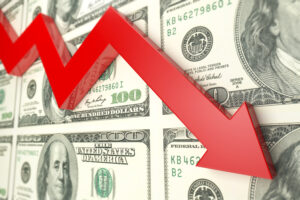 As the world enters a possible recessionconsumers are concerned about what this could mean for their personal health, new research shows.

About 93 percent of respondents are “extremely,” “very” or “somewhat” concerned about the state of the economy, the survey by insurer Oscar Health found. Another 44% of respondents cited the economy as their primary health care concern.

The report, published this month, was produced online in partnership with Morning Consult. It received responses from 1,000 people, including Medicare, Medicaid and ACA beneficiaries.

The state of the economy trumped other current health care crises, the study found. About 25% of respondents cited the Covid-19 pandemic and other viruses such as monkeypox as their top concern when it comes to their personal health. After that, 11% said lack of basic products, 10% said political environment, 8% said economic equality and 3% said racial equality.

Additionally, four out of five respondents who say they expect their health care costs to increase in the next year say it will be because of higher costs, the Oscar Health survey found.

“The U.S. health care system continues to move toward a consumer-centric model to meet the demand for affordability and ease of use,” Kahn said in a news release.

Still, Americans will need support during these economic challenges.

“As Americans recover from the effects of a multi-year pandemic combined with an increasingly uncertain financial landscape, the availability of reliable health care is at a critical juncture,” Oscar Health said in a press release.