Outgoing YC President Jeff Ralston: The Market Is Changing; YC terms are not Last week at Web Summit, we were asked to interview outgoing Y Combinator President Jeff Ralston about the past, present, and future of the popular accelerator program. We covered a lot during our 20-minute conversation, including why Ralston—a longtime partner at YC—decided to leave after taking on the role of president just three years ago (Gary Tan took over in January). We also discussed where YC’s investment capital is coming from and whether, given the market slowdown, YC will change its terms to reflect that slowdown.

Here is much of that conversation, edited lightly for length and clarity. You can i look the longer conversation here, or simply listen.

TC: Let’s start with the news [that] you are leaving Y Combinator. You were there for three years. It was a bit of a surprise [that you are stepping away]. Why now?

GR: I actually count my tenure at YC from shortly after 2006 when I left Yahoo [and] started dating Paul [Graham] and company, indeed, for almost 16 years. And I’ve been a YC employee since 2011. So it’s been over a decade. And, you know, I felt an urgency within me that it was time for a change. And I think you have to do justice when you feel that, even though I love YC. I love what I’m doing. I think this is important work. I think it matters. We are very mission driven. We believe entrepreneurship is important and makes a real positive difference in the world. And I love working with founders. That’s weird. Love it. But it was just time to do something different. So I move on.

YC went from cohorts of 12 or 18 to roughly 400 founders last winter before scaling back a bit. Tell me about this idea that startups are infinitely scalable.

I made what some people thought were strange claims about how many companies we could fund. It was never infinite. It scales a lot. There is tremendous opportunity for entrepreneurship and founders to find success in the United States and around the world, in every demographic. At first we were just scratching the surface.

Sam Altman, your predecessor as president, once said there were five ways YC really innovated, including allowing anyone in the world to apply to the program, whereas with a VC you have to get a warm introduction.

Yes, totally, and to be fair, PG, Paul Graham, the founder of YC, started to reveal the ideas behind entrepreneurship with his essays, which I’m sure many people in the audience have read. They really were a tipping point for the way people thought about entrepreneurship

To be honest, at this point I don’t know how YC is really structured. You have a succession fund [for later-stage investments]. Where is the money [for these new cohorts] coming from? Is YC a holding company where investors have shares in a holding company? Or is it fundraising very, very quietly?

We’re fundraising and we’re doing it pretty quietly. This is something like our domestic production of sausages, and it is not so relevant to talk about it. We have evolved with the times. Initially, YC was funded exclusively by Paul and company. And later we adopted, from a funding perspective, the nature of most VCs where we have limited partners that we raise money from relatively regularly. And we have a number of funds that these LPs put their money into. From this point of view, we look like a standard VC.

Are these evergreen funds?

I assume many fellows are also welcome to invest? Virtuous cycle and all?

yes I would like to point out that one of the innovations that Sam was probably talking about when you talked about those five innovations was that we think of the people who come through Y Combinator as our alumni and we’ve created this community of founders. If this tight-knit community can actually reinvest the success they’ve had back into YC, it will bind us together more tightly.

Regarding this community, I have always wondered if there is a tipping point. I know that a founder will launch a product and many YC alumni will happily test it or buy it, for example. But when you’re dealing with thousands of teams like you are right now, I wonder how you keep your alumni from getting overwhelmed.

You recently reduced your class size.

It’s a new world, isn’t it? It changed in two main ways, causing us to reduce our batch size a bit. One is that the pandemic seems to be coming to an end and we’re much more in-person and it’s harder to scale in-person than purely virtual, which we were from March 2020 to winter 2022. The second thing is, the economy is doing things slightly differently than in 2021, so it’s really important for us to fund those that have the best chance of surviving and raising funds in the future and thriving in a tougher economic situation

Not in the short term, okay. I mean, over the years, we’ve changed the deal that we give YC companies, and you probably know that we recently changed the amount of money that we gave each company from $125,000 to $500,000. That’s going to stay for a while. We’re actually super happy that just as we’re entering a turbulent economic time, any YC company can start with a minimum of $500,000 and therefore has a good chance of making it to the other side, and there will be another side. There is always another side.

I actually read an article this morning with some VCs predicting that maybe it will be next year; Let’s hope so. 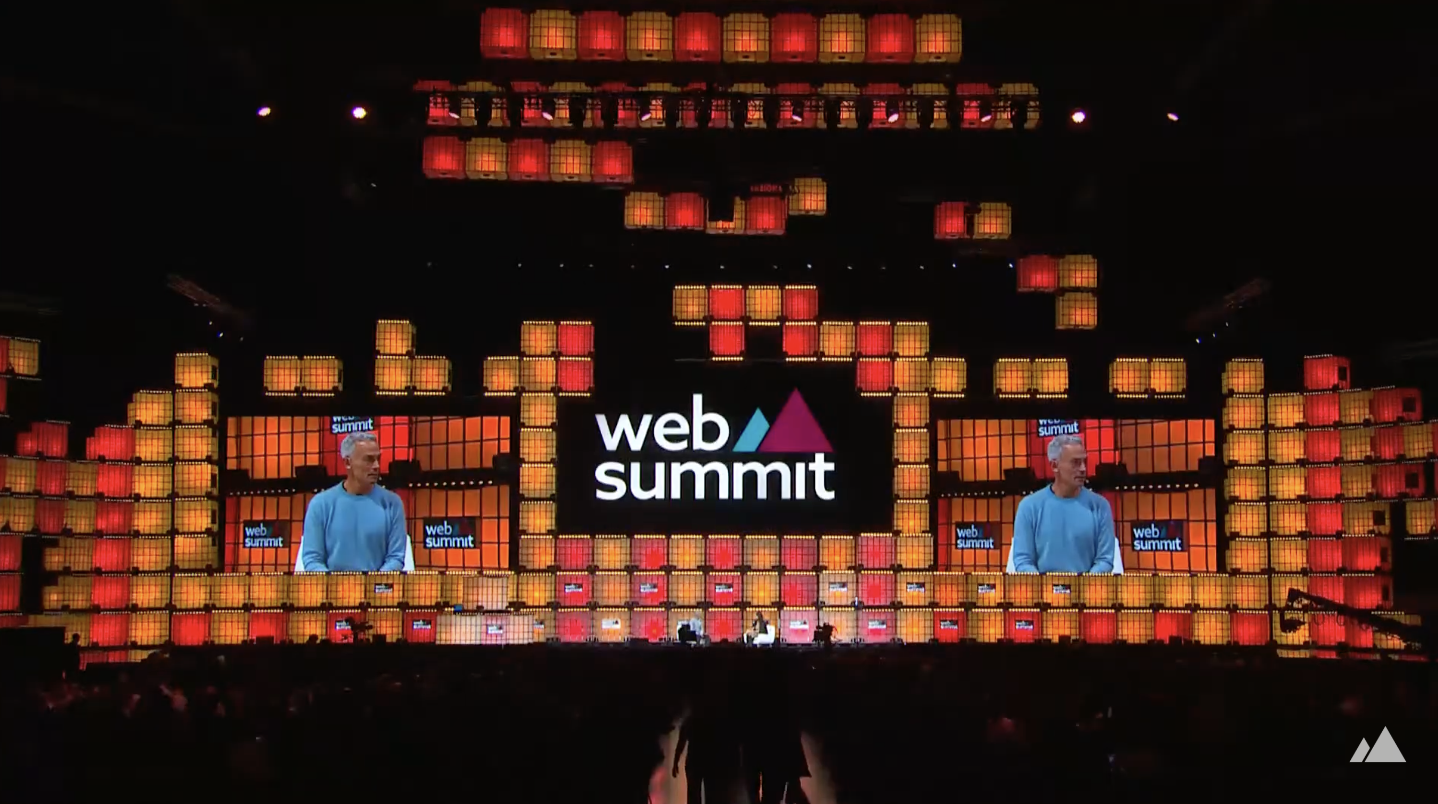 I think someone on the previous panel just said that nobody knows. And it’s true, nobody knows. But there is reason to believe that we may have a relatively soft landing, that we may have a recession, but it probably won’t last that long. There are some pretty good employment statistics and some pretty bad inflation, and we’ll see how they balance out.

This winter I led TechCrunch’s coverage of YC’s Demo Day and the title [of our analysis piece] was, “Is YC turning into some sort of fight club?” You had so many companies that were very similar, at a similar stage, in the same region, seemingly dealing with the same problems. Does YC think it should bet as much as possible on promising entrepreneurs and see who succeeds?

I do not know. Fight Club implies a fight between companies, and that rarely happens in our community; even when the companies are ultimately in the same space, we all still feel like we’re fighting the same battle. Look, we’ve now funded over 4,000 companies. So it’s inevitable that people will be in a similar or the same space, it’s just, it’s okay, it happens.

There has been a lot of fintech, especially in the last few courses. I haven’t seen so many consumer startups. I’m also wondering if you’re following the creator trend and if YC is dipping its toe into it.

We are driven by the founders who apply. We rarely say: we’ll take 20 consumer businesses, 100 b2b Saas [teams] Unfortunately, b2b SaaS tends to be the biggest component of the lot, and for a while, for the same reason that Willie Horton was robbing banks, ie. [business customers] have the money. If you want to convince users to spend money, it’s a little more difficult than companies who, when you provide a product, really want to spend money [in order to] have a guaranteed business relationship with you.

Has the application process changed over time? I know it used to be a 45 minute interview that went down to 10 minutes. Sam once said he didn’t have much data [the interview process] it’s really a way for YC to figure out who can tell a story, and he said it was pretty clear pretty quickly.

The way our application process works hasn’t changed much at all over time. There is an online application. It’s free, so anyone who wants to apply to YC should. It is very helpful for startups to go through the set of questions we ask and complete it and it takes a few hours. There is also a short video that just introduces the founders. Once applications come in, we review all applications, one by one, and tend to receive in the order of 20,000 applications per batch. We then select a limited number for interviews. And we do a 10-minute interview with each company we’ve chosen. And based on this interview we select them for the batch.

Sorry to make you a representative of Silicon Valley here, but you are in California and so am I. What do you think is going on there [as a tech hub]? A fairly large percentage of your summer class is in San Francisco, something like 25% 30%.

It’s even higher than that. For us, it’s a two-fold question of how to get out of the pandemic, and businesses everywhere are grappling with that question as a company. We went 100% virtual in March 2020. Like almost everyone else, it stayed that way for two years. And we’re just figuring out what YC looks like as a company in 2022, 2023 and beyond. The good news for me is that it’s mostly Gary’s problem. But we opened another office in San Francisco, and I recently did a survey of YC employees to ask how often they would come to the office, and the average was about 1.5 days. So we’re almost fundamentally a remote, virtual organization from now on

A related question is what do our batches look like? I mentioned that in the summer of 2022 we [returned to] personal [meaning] components of personal. We had a retreat at the beginning of the group, we had weekly meetings during the group, and we had an alumni event at the end of the group, and we will continue to work gradually with how much “in person” I give back and how much virtual there is.

We learned so much during the pandemic about what works. We were actually able to spend more time with the founders because it turned out that working hours through Zoom was really effective and really efficient. So we made more of them. We connected with our founders through tools like Slack and WhatsApp, and in a way, even though we weren’t in person, it brought us closer. So we’re trying to find the happy medium, the best of both worlds, where we can spend that much quality time helping the founders and also the very human aspect of it, you know, meeting them in person, getting them hug when they need a hug. These things are actually super important.