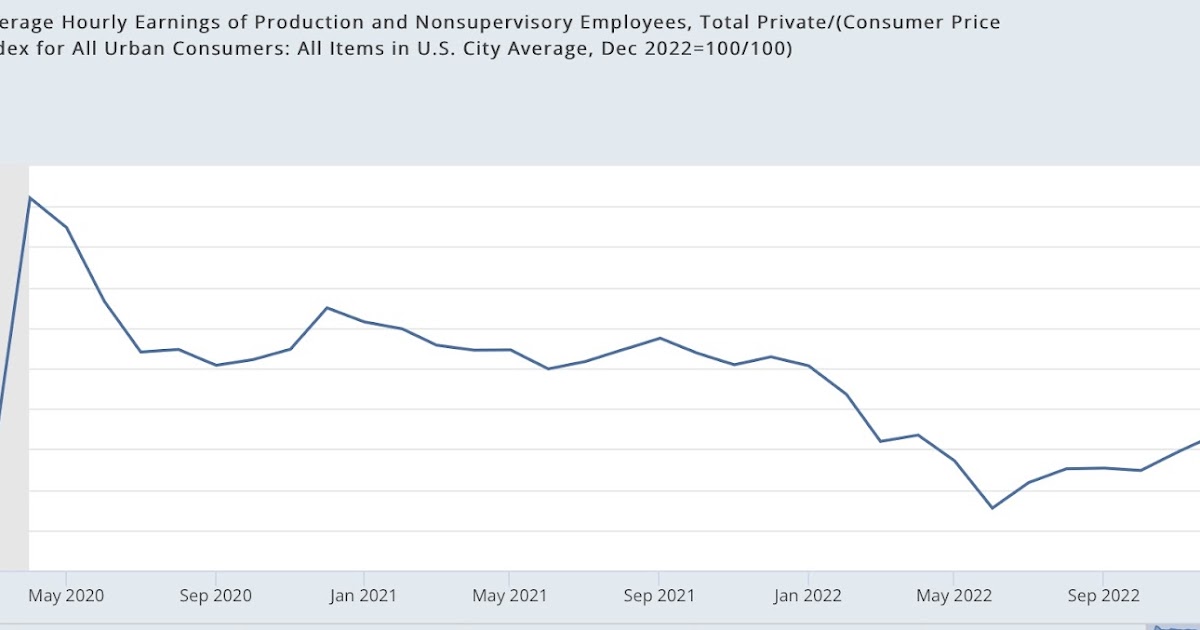 Now that we know December’s consumer inflation, we can see how the American working/middle class is “really” doing.

While this only takes them back to April’s level and -2.2% below their interim peak since December 2020, they are also 1.5% higher than their pre-pandemic levels and more importantly 1 .3% above their recent June 2022 lows. Essentially all of the volatility in 2022 can be traced to the huge increase and then the huge decrease in gas prices.

Aggregated real payrolls tell us how much, in total, unsupervised workers earn in “real” terms. As I noted again the other day, in the past when annualized inflation was higher than annualized total wages, the recession had either just begun or was about to begin:

With December consumer prices added in, here’s what this chart looks like over the past year and a half:

Since September, annualized total wages and annualized consumer inflation have slowed almost simultaneously, with wages growing faster than inflation by 1.0% +/-0.1%. It was just under 1.0% in December.

This is consistent with very slow expansion.

I don’t have any special tools for predicting how the net difference between the two will play out in the coming months, but I suspect that the big drop in gas prices is over for seasonal reasons, if nothing else. If in the next 6 months to July 4th gas prices rise seasonally more in line with past years, say to $3.75/gallon, that would probably give us monthly inflation of around +0.3%. Here’s how that will look compared to the last year and a half:

Between January and June 2022, consumer prices rose on average by just +0.9%/month. A decrease of -0.6%/mo to +0.3% would give us an annualized CPI of around 3% mid-year. There’s a decent chance that total wages will stay above that number until then, which would mean we’d likely avoid a recession.