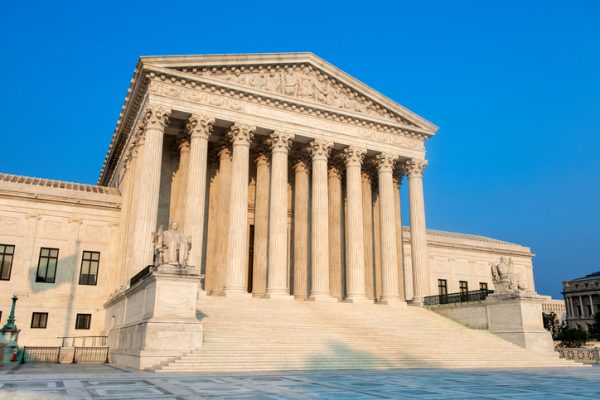 The Supreme Court will hear a case tomorrow that could decide the fate of millions of people with loved ones in nursing homes.

the case, Health and Hospital Corp. of Marion County v. Talewski, began when the family of a man whose health deteriorated while in an Indiana nursing home sued the nursing home, claiming it was violating the elderly man’s rights. The case raises the question of whether citizens should be able to file a federal civil rights lawsuit against nursing homes that receive federal grant funding.

Although the case started small, it gained national attention and more than a dozen states filed an amicus brief in support of HHC. These include Indiana, Alaska, Arkansas, Idaho, Kansas, Kentucky, Louisiana, Montana, Nebraska, New Hampshire and Texas, among others. Those states said that individuals who receive benefits from programs that receive federal funding should not be allowed to file lawsuits against states, saying it is up to federal agencies, not states, to police compliance. This includes the Medicare and Medicaid programs among many others.

“Private rights of action burden states with costly litigation even when they prevail, and with judgments and plaintiffs’ attorneys’ fees when they lose,” the states said in an amicus brief.

His wife Ivanka Talevski filed the case in 2019, statement that Valparaiso used psychotropic drugs as an unnecessary chemical restraint and improperly prescribed and transferred him. She accused the facility of violating the Federal Nursing Home Reform Act (FNHRA).

The district court dismissed the case. On appeal, the US Court of Appeals for the Seventh Circuit overturned the decision and HHC then appealed to the US Supreme Court.

The Bazelon Center for Mental Health, which advocates for the civil rights, full inclusion and equality of adults and children with intellectual disabilities, issued a press release request by individuals to advocate for the case to be withdrawn from the Supreme Court docket. The center said that if HHC wins, it “could take away the ability to individually enforce civil rights and access to federal safety net programs.”

HHC did not immediately respond to a request for comment.