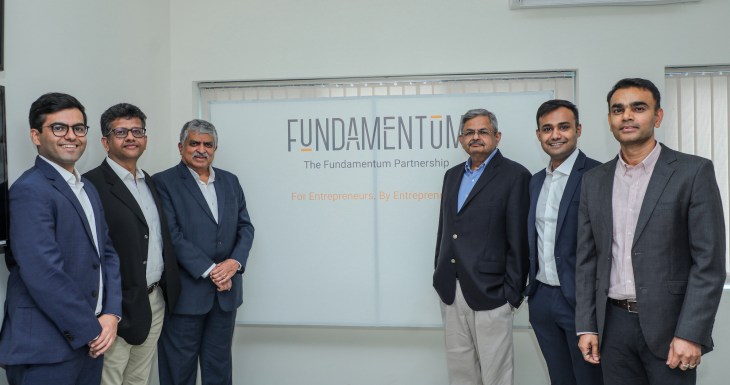 Fundamentum Partnership, a venture firm co-founded by Nandan Nilekani and Sanjeev Aggarwal, has raised $227 million for its second fund as high-profile tech industry veterans double down on their support for startups in the South Asian nation.

The fund plans to deploy capital by investing in four to five startups each year. Fundamentum, which typically backs startups at the Series B stage and beyond, will seek to lead or lead rounds of $25 million to $40 million, Agarwal said in an interview with TechCrunch.

Nilekani, co-founder of IT services giant Infosys and who has been instrumental in developing and evangelizing several of India’s digital initiatives, including the biometric identifier Aadhaar, and Aggarwal, who founded the now IBM-owned BPO firm Daksh, launched Fundamentum in 2019 to support consumer and software-focused start-ups.

“The digital acceleration caused by the pandemic has dramatically increased technology spending around the world. India has all the necessary ingredients – capital, entrepreneurs, success stories and liquidity. This decade will see entrepreneurs making a significant impact on the country at scale as the digital intensity of society increases,” Nilekani said in a statement.

“We are in the early stages of this journey. At Fundamentum, we tested the waters with the first fund. We now intend to deepen our investment programme, focus on entrepreneurs building end-to-end companies from India and support them steadfastly in their exciting journey.”

The firm, which has valued more than 500 startups, has made half a dozen investments so far, and the startups in its portfolio have collectively raised more than $1 billion in follow-on rounds, it said. Fundamentum’s portfolio includes unicorn online pharmacy Pharmeasy and car marketplace Spinny.

“Given that we are all entrepreneurs, we have that bias,” he added, without ruling out the possibility that Fundamentum could open the fund to institutional investors in the future.

The world’s second-largest internet market has seen the emergence of several local venture funds and has also attracted dozens of high-profile investors over the past 12 years. Sequoia, Accel and Lightspeed, all of which have also been investing in the South Asian market for more than 10 years, recently announced new funds.

SoftBank, Alpha Wave Global and Tiger Global have also increased the pace of their investments in India in recent years. SoftBank invested over $3 billion in India last year alone. Tiger Global has has invested $6.5 billion in the country to dateTechCrunch previously reported.

Fundamentum’s new fund comes at a time when startups in India — and beyond — are finding it increasingly difficult to raise capital at conditions considered favorable by last year’s bull cycle norm. Agarwal said many reputable early-stage venture capital firms have closed new rounds in India in recent quarters, so there is enough dry powder to continue backing young startups.

For growth-stage startups, it’s a slightly different story. “The growth capital that was coming into India kind of dried up,” he said. Agarwal acknowledged the change in dynamics in the industry, saying valuation inquiries have adjusted and deal flow remains strong. “So now you have time to do more due diligence and invest at right prices,” he said.