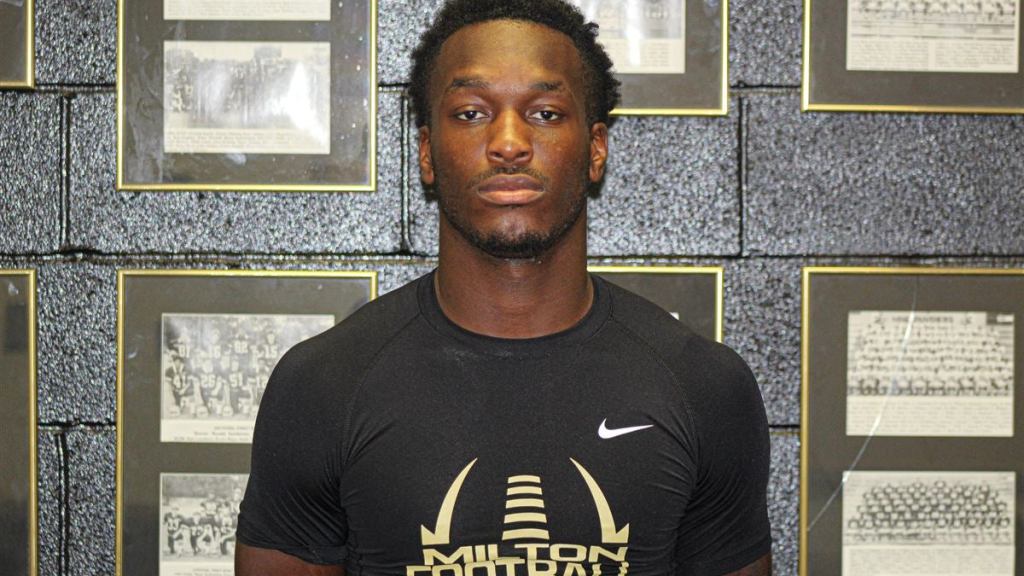 Texas A&M added another four-star recruit to its 2023 class. Milton (Fla.) wide receiver Raymond Cottrell announced he decommitted from Georgia to the Aggies on Monday.

6’2 210 WR from Milton, GA signed with the Aggies and will enroll in February.

He joins the Aggies’ Top 15 class in the ’23 team rankings.https://t.co/fNd6gLVwhG pic.twitter.com/GQ3Qc4ahy7

Cottrell (6-foot-2, 203 pounds) is ranked No. 24 among receivers in its class and No. 148 nationally. He also had offers from 11 other programs, including Alabama and Florida.

In his senior year he tallied 46 catches, 651 yards and nine touchdowns as a receiver. However, this is far from his only contribution. Cottrell may be one of the most versatile prospects in his class — he’s also worked as a rusher, cornerback, punter and punt returner.

Cottrell told On3 he turned to Texas A&M because of the atmosphere and coaching staff.

“The people … this atmosphere is crazy. I believe Texas A&M has one of the best coaching staffs in college football. It’s just a work in progress. I also wanted to play with Evan Stewart, excited to learn from him and the other receivers that are there as well. I’ll be the fifth scholarship player there and it gives me a chance to come in and make an impact. Texas A&M is just great all around.”

That makes 19 members of the Aggies for 2023 class that ranks 12th in the state.