The 2023 data begins with another lesson: the cure for high prices is – high prices 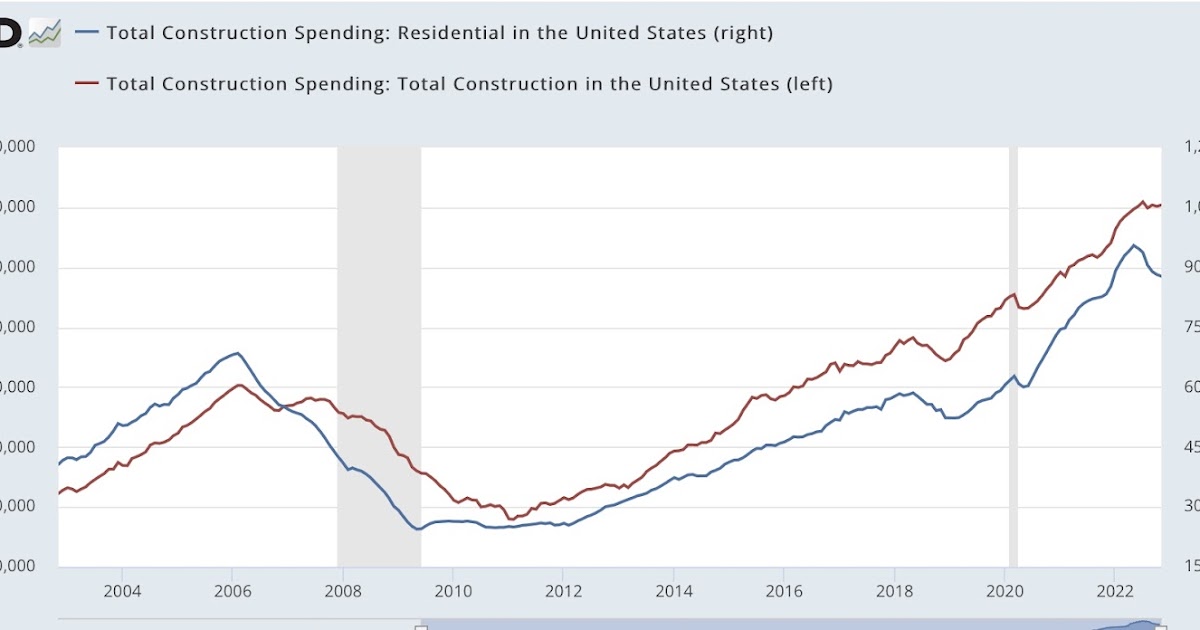 And so another year begins. And it starts with a look at the leading residential sector. And besides, there’s even some good news.

This is in line with the steady pace of negative housing news over the past year.

The answer probably lies in the cost of building materials, for which there is a special inflation index shown in gold on an annual basis below compared to the year-on-year change in housing costs:

The cure for high prices is – high prices. The good news is that as the rise in building material prices has fully subsided, some of the pressure on construction sales is being lifted.

As I’ve mentioned several times before, while I’m watching bullish indicators like employment and consumer spending turn down, I’m already on the lookout for a positive turn in some long leading indicators. And the slowdown in the increase in construction costs in the housing sector is one such sign.