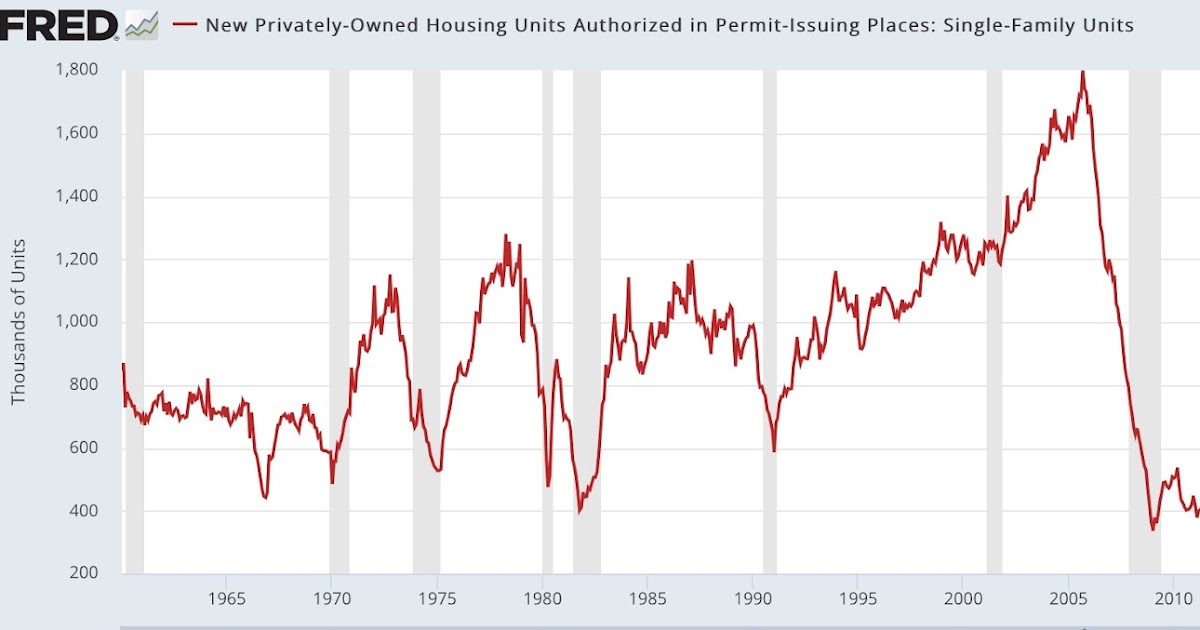 For the second month in a row, the biggest news in the housing report didn’t make the headlines.

Most of what you will read is about how bad housing permits and starts have been and that they are in a recession.

And it’s true. Specifically, the leading and least noisy housing indicator of all was single-family permits, and they fell another 6%+ to 830,000 year-over-year, their lowest reading in more than 5 years, with except for the pandemic month of April 2020:

They’re also down 39% from their peak in early 2022. That’s a recession, plain and simple.

The recession or near-recession numbers also included total permits (gold in the chart below), down 1.5% to 1,330 for the month and down 30% from their peak in 2022, also a 4-year low , with the exception of two months of lockdown due to a pandemic; and total launches (blue), down 1.4% for the month, down 19% from their 2022 peak and also the lowest level since the pandemic lockdown. I also included housing permits but not starts (gray, right scale), which are down 4% from their peak in October. We’ll come back to the red line later: 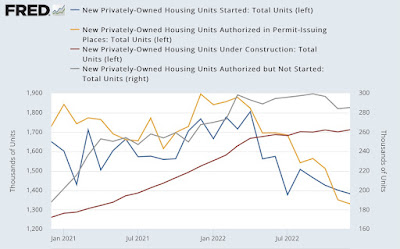 But that’s not the most important story in the morning report.

As shown in the two graphs below, going back 50+ years, the typical housing market pattern is:

3. Units are then enabled but not started (gray) peak.

To make the link easier to see, I’ve simply included permits (blue) and units under construction (red) below:

Going back 50+ years, units under construction have *always* peaked late and *always* declined, almost always by over 5% (except for 2001 and the pandemic) before the recession started.

And what happened to the homes under construction in December? They made an all-time high, that’s what (as best shown in the nearby chart of the past two years above).

Most importantly, housing units under construction, not permits and starts, are the “real” economic activity in housing.

This is the real big news from the December report.