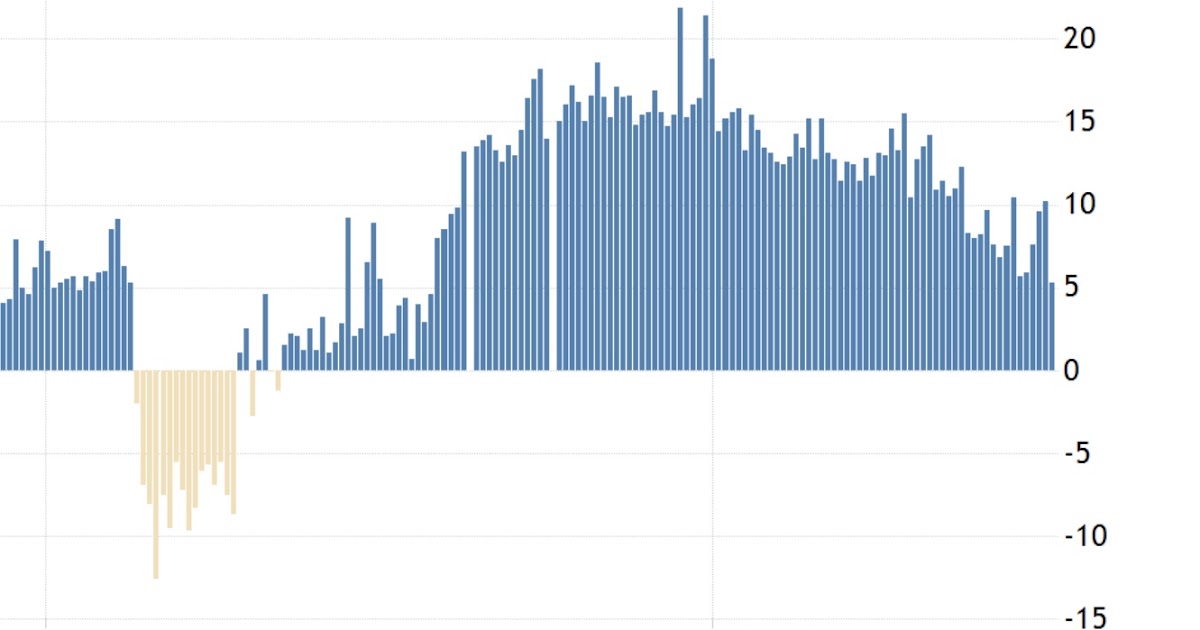 This is the first of what I hope will be two posts today.

Retail sales for December will be reported tomorrow. Before that, I wanted to discuss how they compare to Redbook’s weekly high-frequency consumer sales data, which I’ve been paying close attention to for the past few months.

Here’s how Redbook sales look year-over-year since the start of 2020: 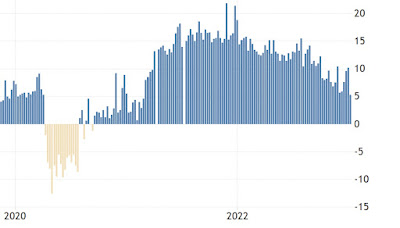 After the initial lockdown of the pandemic, they returned to positivity in the summer. Then they really took off with the receipt of the 2021 $$$ stimulus in March, peaking at around 18% y/y (4 week average) at the end of the year. In 2022, they maintained strong year-over-year comparisons before declining on a 4-week average basis from 14% in late July to just 7% in early December. If this trend continues, Redbook sales will be negative year-over-year in April this year.

At first, year-over-year retail sales and year-over-year Redbook sales don’t seem that closely related. But on closer inspection, there’s really only one difference. Retail and Redbook are matched at all times except for the March-May quarter on stimulus spending for 2021 and again in year-over-year comparisons one year after that. In all other periods, the two match – and Redbook has the smoother, less noisy trajectory.

I’m not sure what subset of retail sales went haywire in spring 2021 that Redbook didn’t detect (the first suspect was e-commerce, but that didn’t turn out to be the case).

Redbook had a good couple of weeks at the end of December, so I won’t hazard a guess as to what tomorrow will bring for retail sales. but the assumption is that they, like Redbook, have deteriorated sharply on a year-over-year basis since last summer. Currently, real retail sales are unchanged compared to inflation on a year-over-year basis. But if the deterioration continues for several more months, I would expect a significant negative real retail sales comparison, which has a history of over 50 years as a harbinger of impending recession.

One final note: here’s what actual retail sales looked like on an annualized basis in the early to mid-1990s:

Note that they deteriorated significantly but did not turn negative in 1995-7. I will explain the meaning in my second post today.