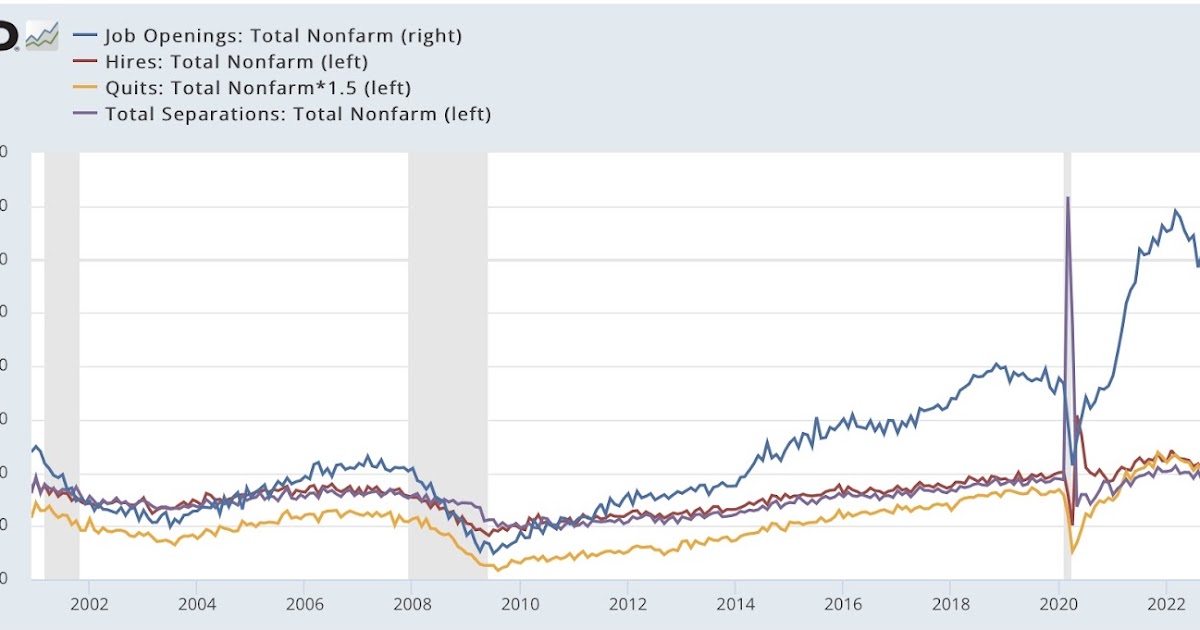 The JOLTS report for November showed both continued slowing trends in some series, but overall a picture of a labor market that remains “hot.”

Here’s a chart I made a month ago of job openings, hires, departures, and complete separations:

Here’s an update for the past 2 years on all four series:

Three of the four series — openings, hiring and total firing — show a pattern of continued slowdown since the start of last spring, though only hiring hit a new 12+ month low, this report said. Only the declines seem consistent with a stabilizing market – although they can also be read as slowing.

At the same time, both openings and hiring continue at levels above any month preceding the pandemic.

Taken as a whole, the JOLTS data for November suggest a hot labor market; just not as hot as before.