The photos that saved Yellowstone 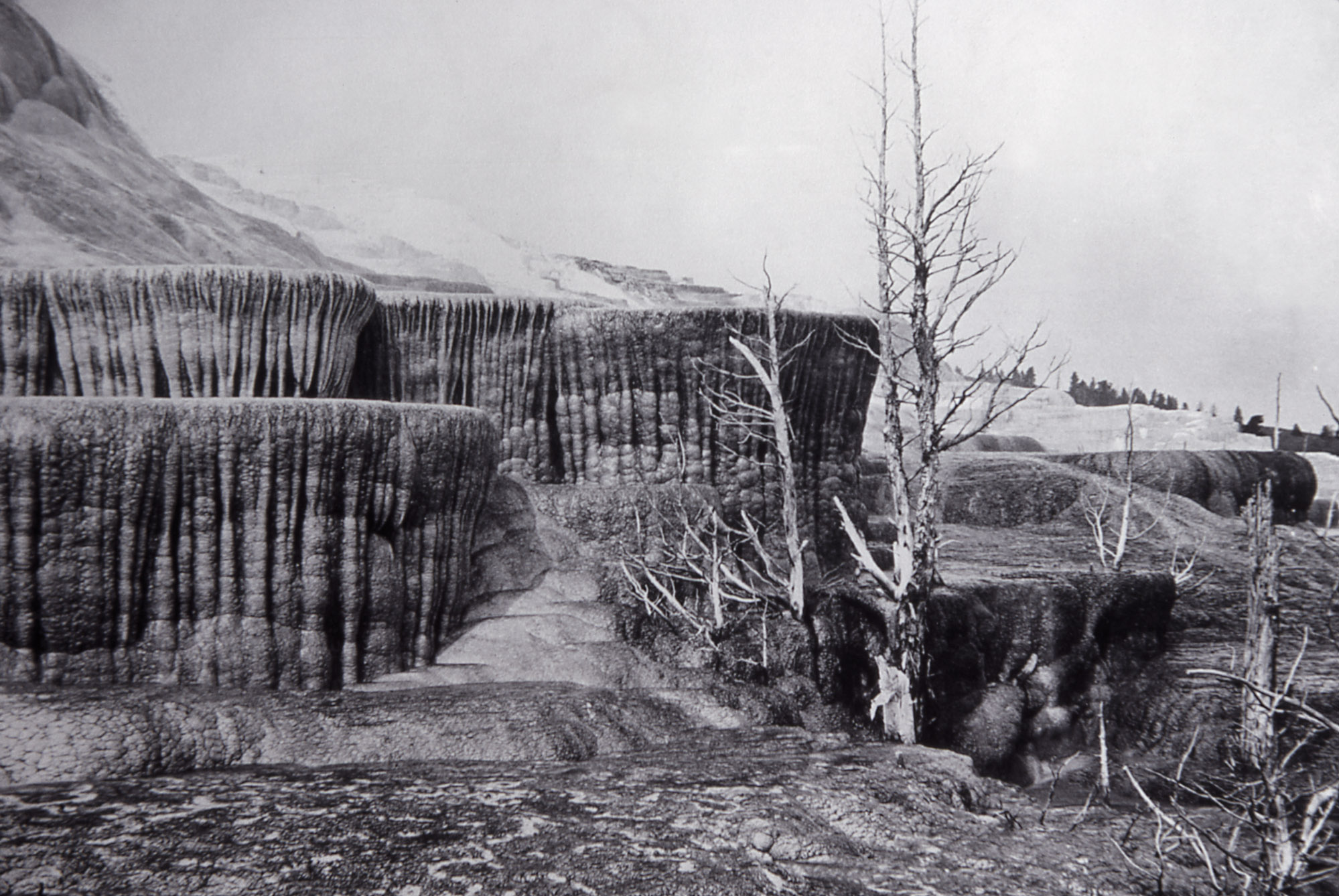 This article was originally published on July 8, 2021.

Two centuries ago, the idea of ​​preserving nature rather than using it was new to many American settlers. One of the turning points in public support for earth conservation efforts — and recognizing the magnificence of the Yellowstone region in particular — came in the form of vivid photographs.

This year marks the 150th anniversary of the famous landscape photographer’s series of Yellowstone photographs William Henry Jackson. He captured the first ever photographs of iconic landmarks such as The Tetons, The old faithful and on Colorado Rockies.

Jackson snapped them during an expedition in the late 19th century Yellowstone Basin it was conducted by the head of the US Geological and Geographical Survey, Ferdinand W. Hayden. The team included a meteorologist, a zoologist, a mineralogist and an agricultural statistician.

Although Native Americans (and later miners and fur trappers) had long recognized the area’s riches, most Americans had not. Hayden’s expedition therefore aimed to create a more complete understanding of the Yellowstone River region, from the hot springs and waterfalls to the diversity of flora and fauna. In addition to the entourage of scientists, the team also included artists: painter Thomas Moran and photographer William Henry Jackson were tasked with capturing this astonishing natural beauty and sharing it with the world.

The couple arrived with relevant experience. Moran had recently created illustrations based on another Yellowstone expedition in 1870. Jackson, meanwhile, had started a photography business with his brother after the Civil War and documented scenery near the route for the Union Pacific Railroad Company.

“[Jackson] he had experience in the desert west and could handle himself,” says Heather Hansen, journalist and author of Prophets and Mughals, Rangers and Tricksters, Bison and Bears: 100 Years of National Park Service. “He longed to do something and see something different.”

Today, these snapshots from long ago live on through the photographer Bradley Bonner. About a decade ago, he set out to catalog and “rephotograph” all of Jackson’s Yellowstone images. In about three years, he was able to do just that: In the 2017 book. Yellowstone National Park: Through the Lens of Time, Bonner displayed his images side by side with Jackson’s originals. The project took him on several off-trail adventures, including the majority of the nearly 15-mile trek to reach the Mirror Plateau and find the exact locations documented by Jackson.

The original image of Jackson is paired with a modern photo taken by photojournalist Bradley J. Bonner. From Bonner’s book Yellowstone National Park: Through the Lens of Time. Posted with permission.

While a number of recreations have revealed that the landscape has changed—due to natural factors such as erosion and forest fires—for the most part, his 21st-century images look strikingly similar to those of Jackson 150 years ago. This would not be possible without the preservation of the wonders of Yellowstone, which the original photographs helped to achieve.

The series also encouraged people to see the area in new ways. Paul Schulery, author of Yellowstones Past and Future: Finding Our Way in Wonderlandsays that artists’ framing of the region continues to influence visitors’ experiences.

“Jackson and Moran had in mind where to stand to get the best picture, the best view, the most inspiration, the most fun,” Schullery says. “In that sense, they pioneered the subsequent appreciation of the Yellowstone landscape by later visitors more than most other people.”

Another then-and-now comparison of a view captured by Jackson, presented alongside a color re-photograph taken by Boehner. Posted with permission

The well-documented Yellowstone Journey officially began in Ogden, Utah on June 8, 1871. Over the course of nearly four months, dozens of men headed on horseback into Montana and traversed the Yellowstone River and around Yellowstone Lake. That fall, they completed the survey at Fort Bridger, Wyoming.

At the time, Jackson was juggling multiple cameras and plate sizes using the “collodion process,” which required him to coat the plates with chemical mixture, then expose them and develop the resulting images with a portable darkroom. The crude technique required educated guesses about exposure times and involved heavy, awkward equipment—several men had to help transport it. Despite these challenges, Jackson captured dozens of striking photographs, ranging from majestic images like his now-famous snapshot of Old Faithful to casual portraits of expedition members at camp.

Read more: Wolves keep the US ecosystem in check

While veterans of previous expeditions wrote at length about stunning views along the trails, these vivid photos were something else entirely.

“People have been muttering tales of gushing water and sulfur springs since John Colter broke away from the Lewis and Clark expedition, but mountain people and explorers were notorious for talking nonsense,” said Alicia Murphy, Yellowstone Park historian. “With the Jackson pictures, all of a sudden people were shown that this was real and … really wonderful and unique.”

Perhaps most importantly, these images provided documentary evidence of the park’s landmarks that later reached government officials. Weeks after completing the expedition, Hayden compiled his team’s observations into a lengthy report aimed at convincing senators and representatives, along with colleagues from government agencies such as the Department of the Interior, that Yellowstone should be preserved (and that his department deserves additional funding). .

At the time, a number of business groups, including mining, railroad and tourism organizations, lobbied Congress to sell them parts of the territory. Hayden emphasized that the land, with its narrow valleys and high volcanic mountains, was inhospitable to settlement, agriculture or mining: It would be best to leave the region alone.

Making the case to Congress

in The Hayden Report before the Committee on Public Lands he declared that if Yellowstone were not protected by law, “the vandals now waiting to enter this wonderland will in one season plunder irretrievably those remarkable curiosities which have required all the cunning of nature thousands of years to prepare. He also fears that it will become a tourist attraction, and warned that some aim “to make merchandise of these beautiful specimens, to frame these rare wonders, so as to charge visitors a fee, as is now done at Niagara Falls”.

As an efficient cinematographer in Washington, Hayden felt he could take advantage of the expedition’s stunning visual effects. He asked Jackson to print large copies and distributed them, along with reproductions of Moran’s paintings, to every member of Congress. “The visualization, especially these photos, really captured the idea that this is something that needs to be protected,” Murphy says.

The bill proved very popular and passed Congress with a large majority in support. In quick succession, the Senate and House of Representatives passed legislation protecting Yellowstone in early 1872.

Read more: 5 of the best national parks for kids

In March, President Ulysses S. Grant signed a law establishing Yellowstone as the world’s first national park. This decision was based on an 1864 precedent that allowed California to include land in Yosemite Valley in parks.

The summit of the Jupiter Terraces in 1871 (Credit: William Henry Jackson/National Park Service)

Soon, some local residents opposed the designation due to concerns that a ban on logging, mining and the extraction of other natural resources would harm the region’s economy. Over the next two decades, Montana representatives would continue to push unsuccessful bills through Congress to de-designate the park.

The legacy of Jackson’s images

Still, the decision was largely accepted – and Jackson’s photographs played a key role in the fight to protect the area. “I don’t believe the legal defense would have happened in the time frame it did without these images,” Hansen says. “Without the penetration of the expeditions and the ability to capture the essence of the landscape, I don’t believe it would have happened so quickly.”

Shortly after seeing the remarkable photos and paintings of the region, Americans wanted to see it for themselves. It helped that the railroads made the region increasingly accessible.

“Our readers have become well acquainted with the beautiful and wondrous features of a region unlike any other in the world,” writes an author of New York Times explain soon after the bill was passed, showing that the public quickly came to know and appreciate the area. The public would no doubt “approve of the policy that, while the title is still the property of the United States, provision is made to reserve it forever to the nation,” they added.

As the attraction gained popularity, the National Park Service was launched in 1916 to ensure the area was protected and visitors were treated responsibly.

“You see these scenes that Jackson shot, and what Yellowstone looks like now, and the bottom line has to be that the experiment worked — preserving these places was a worthwhile endeavor,” Bonner says.