This ancient proto-city has been plagued by modern urban problems 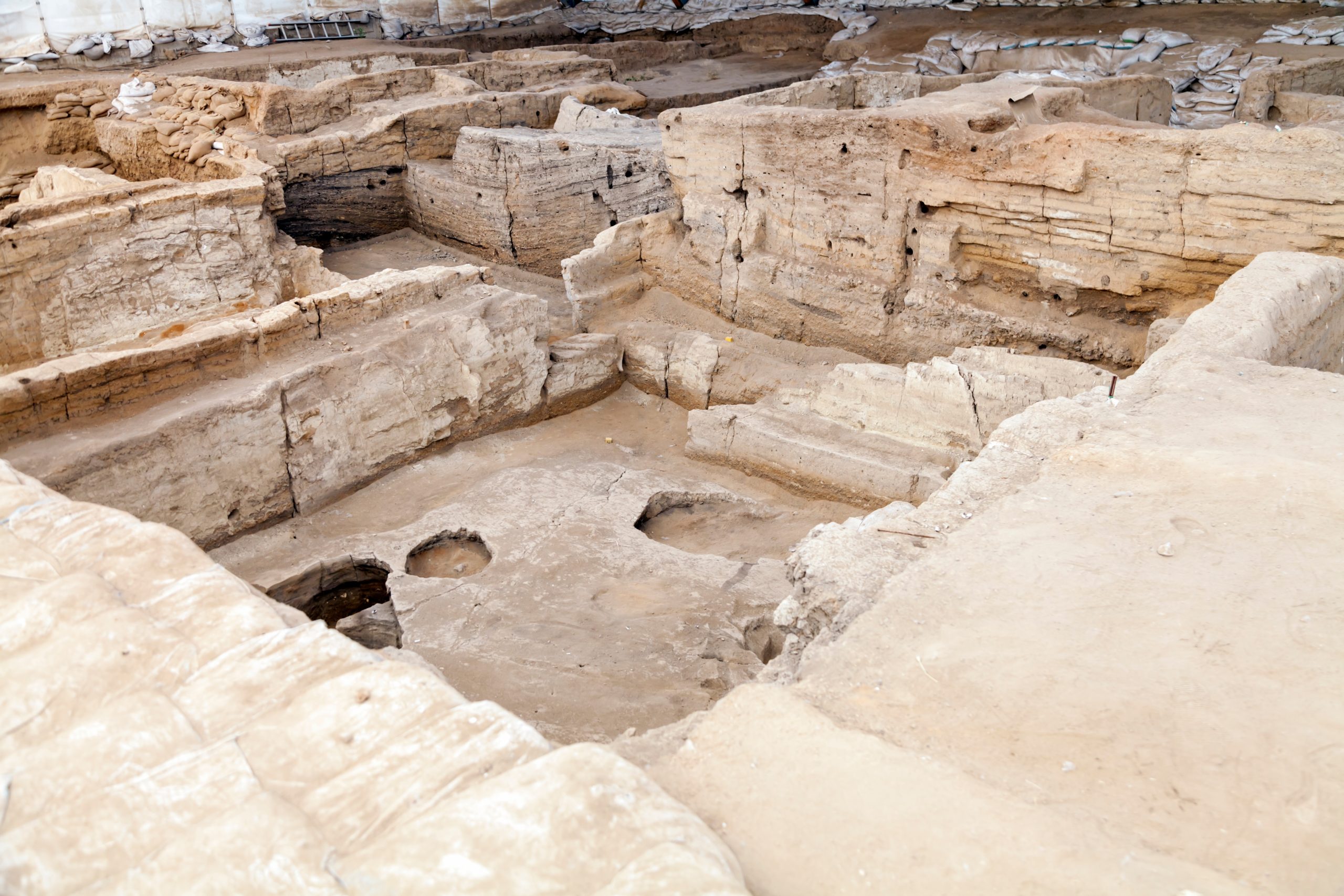 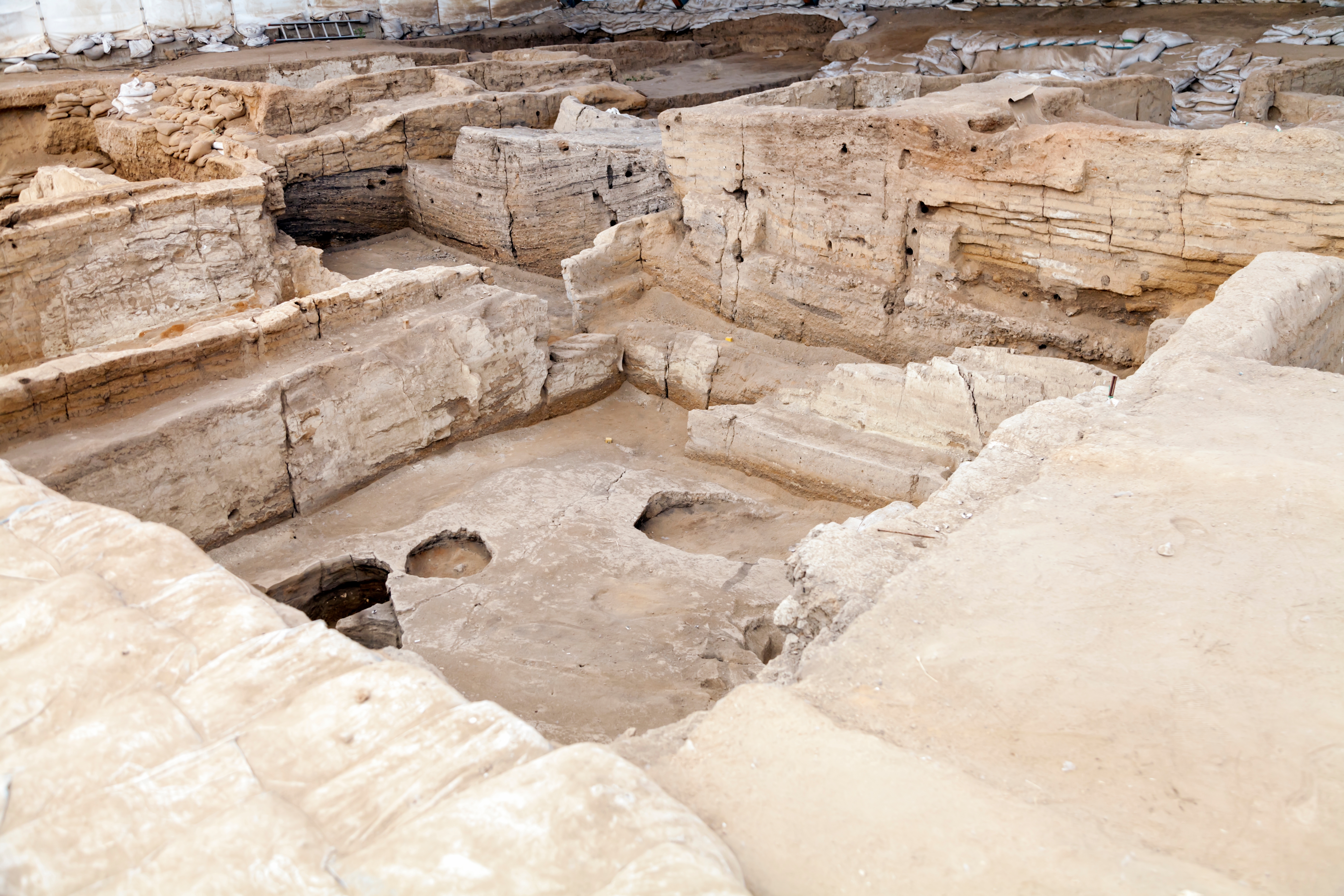 Nomadic people led relatively healthy lifestyles compared to early farmers and urban dwellers. Like constantly on movement kept people in good shape, and the low population density meant that they were less exposed to disease. But the advent of early agriculture and the evolution of urban lifestyles had some huge initial impacts on health and lifestyle—and not all of them were positive.

The ancient proto-city of Çatalhöyük—a large, densely populated village located in modern-day Turkey from approximately 7100 BC to 6000 BC—revealed some of these changes that humans experienced at the dawn of rural economy.

“It’s sort of a microcosm of what was happening globally during the Neolithic, the period of the first agriculture,” said Clark Larsen, a biological anthropologist at Ohio State University.

Çatalhöyük was first excavated by archaeologist James Mellaart in the late 1950s. People have known about the huge mound at the site in south-central Turkey for centuries, but the area had never been excavated before Mellaart’s team began digging. The entire site, it is now a UNESCO World Heritage Site, rises 20 meters above the surrounding plains. While the hunters and gatherers site of Göbekli tepe in eastern Turkey dates from earlier, it is not as large as Çatalhöyük.

Read more: Which ancient city is considered the oldest in the world?

Mellaart discovered a series of mud brick houses at Çatalhöyük and his team continued their work. But Mellaart was later banned from Turkey due to a scandal over possible smuggling of artifacts from another excavation site and some of his alleged finds, including several at Çatalhöyükwere later questioned as potentially fakes.

As a result of the dispute, work on the site stopped until 1993, when archaeologist Ian Hodder began new excavations. It has continued ever since, uncovering numerous artifacts, remains and information about the people who lived in Çatalhöyük.

Street violence for the ancients

Many people were buried under the floor of the houses where they were supposed to have lived, and although they were not usually buried with many artifacts, the remains themselves can tell us something about their lifestyle. Larsen has been at the site since 2013, when he and other bioarchaeologists came to examine some of these human remains.

One of the most surprising things Larsen and his colleagues found in their research was the overall decline in human health. This may be due in part to the relatively cramped living conditions of Çatalhöyük compared to more nomadic societies. In the most extreme cases, some of these negative health effects are caused by violence from other people.

The team, led by Larsen and Christopher Knuessel, discovered a number of remains with indented skull fractures. Many of these injuries were not fatal due to signs of bone healing. Larsen says the injuries likely resulted from attacks by others — including being hit on the head with a rock. He says the team believes the increasing pressures of crowded city life at the time may have led to heated interpersonal conflicts.

At its peak between approximately 6800 and 6600 BC, Çatalhöyük was particularly densely populated with up to 8,000 people living in an urban area estimated to be about four football fields in size. Homes were built right next to each other, sharing walls somewhat like row houses today, while the farms and livestock that supported the settlement were in the surrounding fields.

“These houses are not spaced out like what we see in cities today,” says Larsen. “They practically live on top of each other.”

The pressure of living in close quarters may have increased psychological and social stress due to competition for resources or personal problems. All these factors may have caused an increase in violence.

This increase in violence among proto-city residents was paralleled by a collective decline in oral health. Larsen says his team’s research examined hundreds of teeth found during excavations at Çatalhöyük. They noted an overall average deterioration in the dental condition of people in Çatalhöyük as the city developed over the centuries.

This finding is not necessarily a surprise to the researchers. “This kind of decline in oral health is global,” says Larsen.

Bioarchaeologists usually attribute this reduction of healthy teeth to the increase in carbohydrates in the human diet as we became more reliant on domesticated grains. In the case of Çatalhöyük, these include wheat, rye and barley. Some of the oral bacteria that normally live all over our mouths and help digest things like grains increase out of proportion when you eat a lot of them. Larsen says that when bacteria digest these trace materials in your mouth, it creates acids that can eat away at your teeth faster than they would on low-carb diets among hunter-gatherers.

Although the high proportion of carbohydrates does not affect people’s teeth as much today thanks to modern oral hygiene practices, it has certainly had an effect on humans beginning with agricultural revolution during the Neolithic era.

Other changes in the remains reveal that during the period when people lived at Çatalhöyük, lifestyles changed. For example, changes in the femur bones of people buried in houses revealed that residents moved more as the city grew—perhaps as a result of having to travel farther to reach crops or livestock. says Larsen. Also, they may have had to travel farther to collect the clay that they made into bricks for their homes.

“They’ve depleted resources farther and farther from the site over time,” Larsen says.

Disappearance of an ancient city

Although it may seem quaint compared to today’s metropolises, Çatalhöyük was a resilient urban center. It lasted from 7100 to 6000 BC—more than a millennium. But the depletion of resources may have heralded its eventual demise. By 6000 BC, the population was relatively small, with only a few families living in Çatalhöyük. But some of the people may have moved to a place relatively nearby called West Moundwhich shows evidence of habitation from approximately 5900 to 5600 BC. It is also possible that the changed course of the Charshamba River at that time forced people to move to the Western Mound.

In any case, archaeologists have really only scratched the surface of the site’s remains. Larsen estimates that Hodder and previous excavations have revealed only a relatively small percentage of the total area at Çatalhöyük. A Turkish archaeological team continues to make new finds at the site and will undoubtedly reveal more about how these people lived at the dawn of agriculture and urban life.