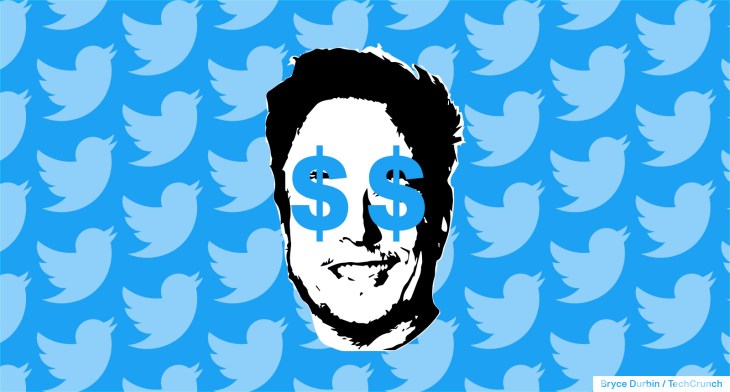 Update: Looks like the launch may have been premature. According to per a tweet from Esther Crawford, product lead at Twitter, the new Twitter Blue plan isn’t live yet, but some users are seeing notifications as part of a live test.

Just days after Twitter’s newly minted CEO Elon Musk surfaced changes to Twitter’s system for verifying user accounts, including charging $8 a month for the privilege, it appears that Twitter has begun rolling out a new tier of Twitter Blue, its premium subscription service, that reflects some of the changes proposed by Musk.

According to a notice in the iOS app reviewed by TechCrunch, the upgraded Twitter Blue, starting at $7.99 per month, will add the blue verification checkmark previously reserved for accounts that applied through Twitter’s free verification process. Other benefits include “half the ads” seen by non-paying Twitter users, as well as seemingly “twice as relevant” ads and the ability to post longer videos to Twitter (though it’s unclear exactly how long; the notice does not specify ).

What’s not clear is whether currently verified Twitter users will lose their blue check if they don’t give more than $7.99 a month. The language in the notice suggests that this will not be the case, but reporting from The Verge indicated that Twitter is considering removing verification badges from accounts that don’t pay for Twitter Blue within 90 days of the new plan’s launch.

In any case, the new, more expensive Twitter Blue also offers priority ranking for “quality content” — promising to increase subscribers’ visibility in replies, mentions and search. Twitter claims this will help “reduce the visibility of fraud, spam and bots”, but time will tell if this is actually the case.

Musk previously stated that Twitter, which recently ended support for the ad-free articles offered under Blue, will create a new paywall bypass program for publishers willing to work with the company. But if Musk intends to follow through on the proposal, the program doesn’t seem to have made it to the new Blue — at least not at launch.

Available in the US, Canada, Australia, New Zealand and the UK on iOS to begin with, the new Twitter Blue arrives after mass redundancies at Twitter, affecting roughly half of the company’s staff, including employees of key human rights, accessibility, AI ethics and curatorial teams. Musk has argued that the layoffs — along with the introduction of new paid features — are necessary to bring Twitter to profitability as the company faces about $1 billion a year in interest payments on $13 billion in debt.

It’s likely to be an uphill battle. Data from analytics firm Sensor Tower suggests that Twitter’s app generated only $6.4 million in in-app purchases to date, with Blue being the most popular purchase. and a survey by investor Jason Calakanis — though hardly scientific — had a majority of respondents who said no to paying any amount for a check.

However, Musk’s stewardship of Twitter doesn’t seem to have inspired much confidence in the big advertisers, many of which have paused campaigns on the platform. In a tweet on Friday, Musk blamed the “massive drop” in Twitter revenue on “activist groups putting pressure on advertisers,” possibly referring to open letter sent Tuesday by civil society organizations calling on Twitter advertisers to stop their ads if Musk doesn’t commit to enforcing safety standards and community guidelines.