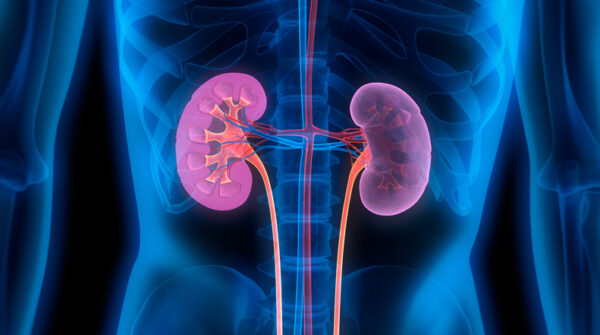 Vera Therapeutics has data from a mid-stage trial showing that the lead drug led to statistically significant reductions in proteins associated with a rare kidney disease that has few treatment options. Based on these early results, Vera plans to advance its molecule to a pivotal test, allowing the biotech to keep pace with a growing field of competitors.

Vera’s drug, atacicept, is in development as a treatment for immunoglobulin A nephropathy (IgAN), a disease characterized by a buildup of an antibody called immunoglobulin A, which in turn leads to inflammation that damages the kidney. Atacicept is a fusion protein designed to block B lymphocyte stimulator (BLyS) and proliferation-inducing ligand (APRIL), two proteins that stimulate the production of autoantibodies that contribute to some autoimmune diseases. The drug Vera is given as a subcutaneous injection once a week.

The primary objective of the placebo-controlled phase 2b clinical trial with 116 patients was to show a reduction in proteinuria, or high levels of protein in the urine, that are associated with IgAN. According to preliminary data released after the market closed on Tuesday, of the three doses tested, the high dose of 150 mg was the best, meeting the primary goal and leading to an average 33% reduction in proteinuria from baseline after 24 weeks of treatment. Baseline levels of study patients were not reported.

Vera, based in South San Francisco, added that preliminary results suggest a continued trend of the drug’s effect, with a reduction in proteinuria seen at week 36. Regarding safety measures, Vera said atacicept was well tolerated by patients. Serious adverse events occurred in 2% of patients in all atacicept arms and in 9% of those in the placebo group. Vera plans to present the full data set at a future medical meeting.

“Atacicept could be a transformative treatment for patients with IgAN who currently have limited treatment options,” Vera CEO Marshall Fordyce said in a prepared statement. “We look forward to the rapid progression of the 150 mg dose in our planned Phase 3 pivotal trial.”

The FDA approved the first IgAN therapy just over a year ago. Che Medicine Calliditas Therapeutics, Tarpeyo, is a steroid whose immunosuppressive effect is broad. Companies developing therapies for this disease are trying to offer a more targeted effect.

In a note sent to investors, William Blair analyst Matt Phipps wrote that data from Vera continued to support the guidance for APRIL. But the 33% reduction shown by atacicept was less than the 50% reduction reported for BION-1301, an APRIL-blocker an antibody drug that Chinook Therapeutics added to its pipeline through a 2020 merger with Aduro Therapeutics. Chinook presented updated data from Phase 1/2 in November during the annual meeting of the American Society of Nephrology. The usual caveats about between-trial comparisons apply. Additionally, Phipps noted that the Chinook trial did not include a placebo arm and the number of patients in both trials was small. Still, Phipps said the BION-1301 results solidify the Chinook drug’s position as a potential best-in-class APRIL-blocking drug.

Other contenders for IgAN include Novartis with iptacopan, a small molecule designed to block a complement system protein called factor B. Startup companies are also joining the mix. Last fall, Human Immunology Biosciences disclosed $120 million in funding, some of which will be used to support the clinical development of a drug candidate that depletes plasma cells that produce antibodies that underlie autoimmune diseases. IgAN is one of the disease targets for HI-Bio, which licenses its lead drug felzartamab from MorphoSys.

Vera said a phase 3 trial of atacicept, which is licensed by Merck Serono, is expected to begin in the first half of this year. Here’s more about Vera, which went public in 2021.