What psilocybin psychedelic mushrooms teach us about human consciousness 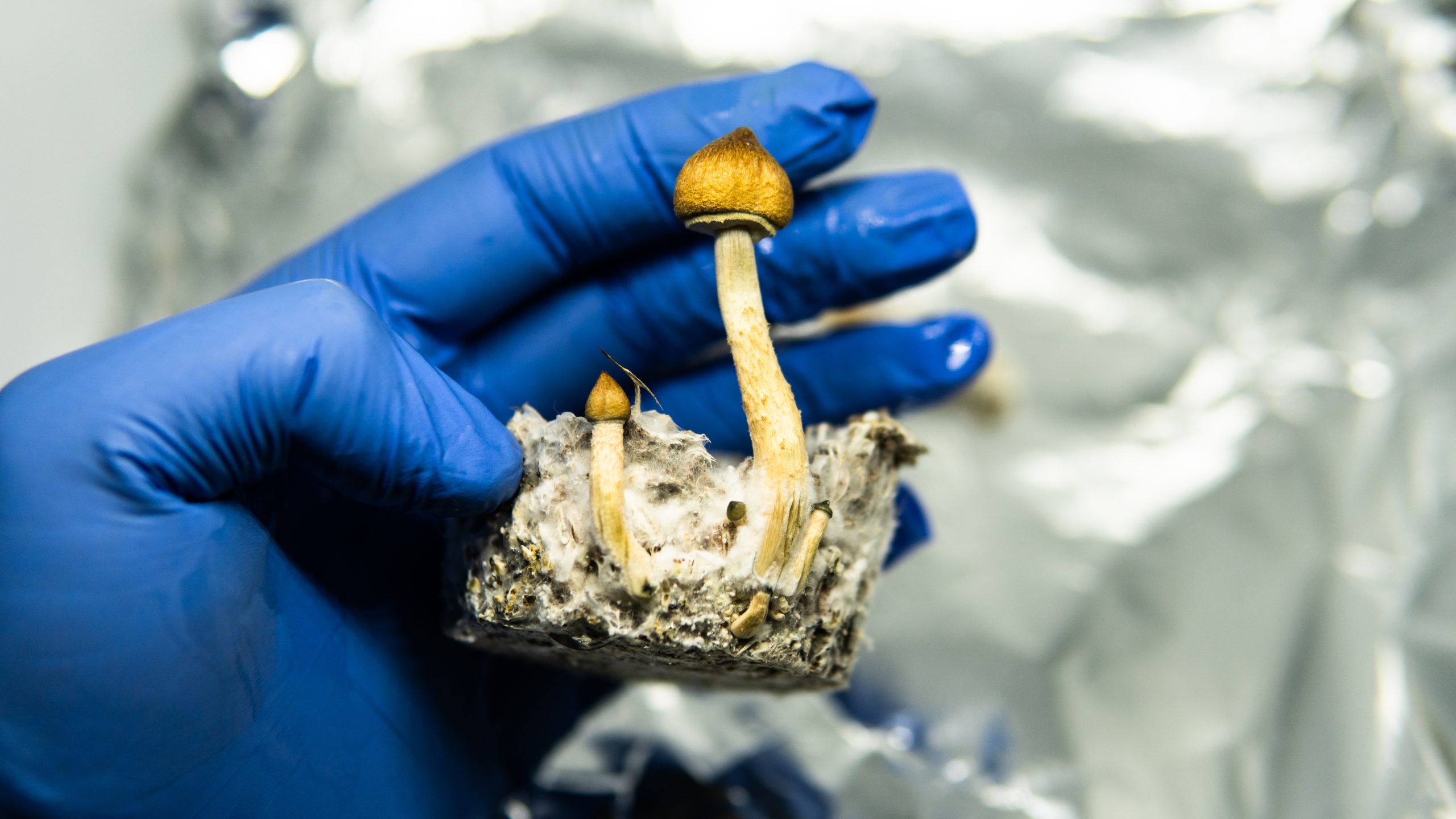 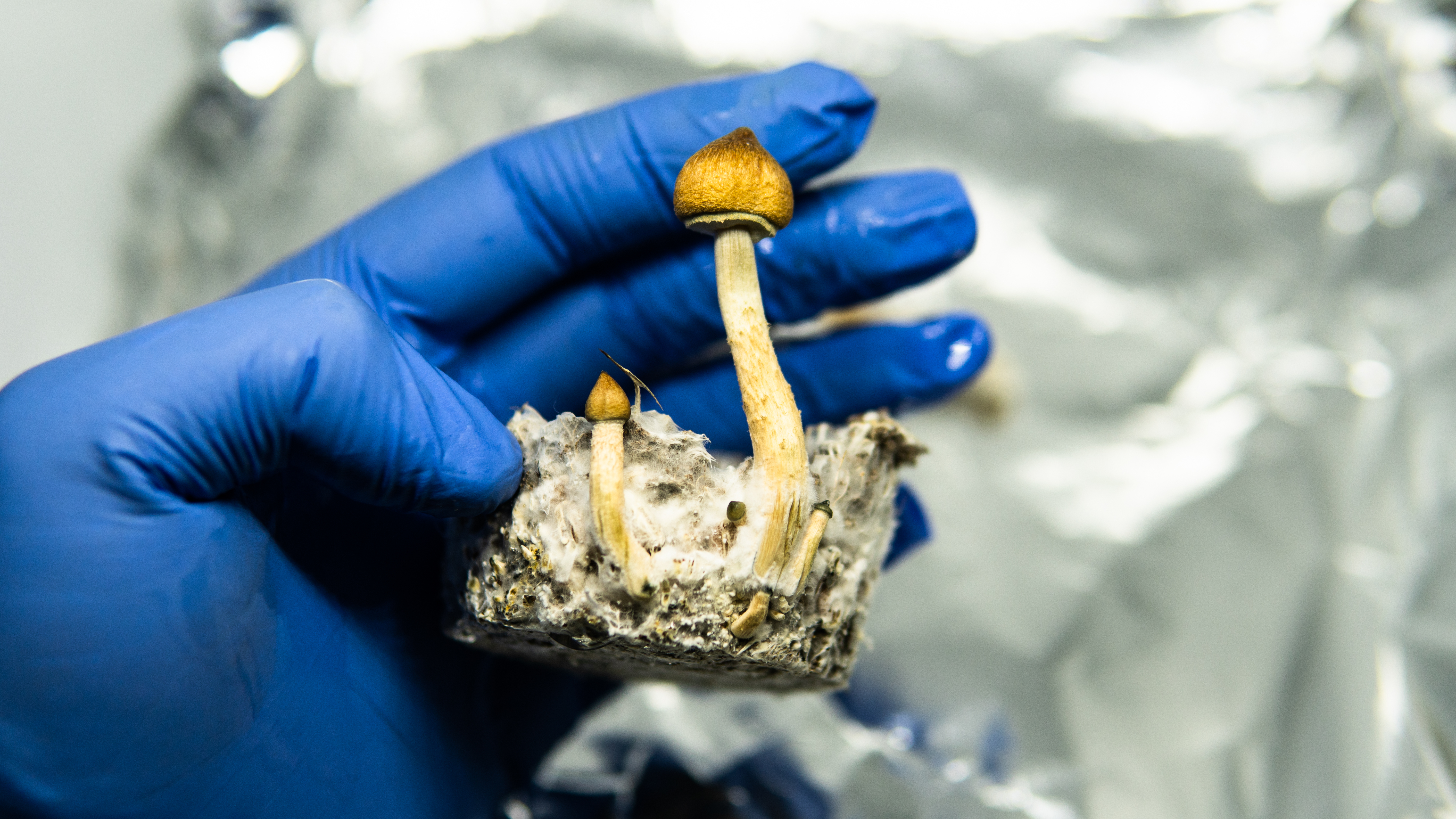 This article was originally published on October 9, 2020.

The scientific world is in the midst of a decade psychedelic renaissance. This revolution expands our understanding of one of the most fascinating scientific puzzles: human consciousness. Multiple fields of research are revealing new insights into how psychedelics affect the brain and which neural processes underlie consciousness.

Multiple studies testing psychedelic drugs for treatment of mental illness provide compelling evidence for their therapeutic benefit. Disorders treated include depression, anxiety, post-traumatic stress disorder, anorexia, obsessive-compulsive disorder and addiction. Dozens of clinical trials are underway, most of them investigating the therapeutic effect of psilocybin, the active ingredient in so-called magic mushrooms. This natural compound belongs to the class of serotonergic psychedelics – those that activate serotonin (type 2A) receptors.

Researchers are studying the distribution of serotonin 2A receptors to help determine the brain areas affected by psychedelics. According to a study published in Neuropsychopharmacology. Knowing this helps us understand how psychedelics exert their positive therapeutic effect, as well as which areas of the brain are involved in different states of consciousness.

How do psychedelic drugs affect the brain?

The claustrum is one of several areas of the brain that is rich in serotonin 2A receptors and organizes brain activity. Cognitive neuroscientist Frederick Barrett and his colleagues at the Johns Hopkins Center for Psychedelic Studies and the Study of Consciousness recently studied how psilocybin affects neural activity in the claustrum.

Posted in NeuroImagetheir breakthrough study used real-time brain scans in humans to show this psilocybin reduces claustrum activity by up to 30 percent. This coincides with people’s subjective feelings of ego disintegration and oneness with the environment while under the influence of the drug. The less active the claustrum, the stronger the psychedelic effect reported by participants, including mystical and emotional experiences and reduced self-esteem. The authors wrote that the work “supports the possible role of the claustrum in the subjective and therapeutic effects of psilocybin.”

In this mysterious part of the brain, a thin sheet of neurons sends and receives signals to and from other areas of the brain. Growing evidence suggests that the claustrum guides consciousness—collecting, sending, and integrating information from nearly every area of ​​the brain. Some, like neuroscientist Christoph Koch, believe that the sense of self and the ego rest here.

A few years ago, Koch and colleagues at the Allen Institute for Brain Sciences found anatomical evidence in mice to support this idea. They identified several large neurons protruding from the claustrum, with one wrapping around the circumference of the brain. Around the same time, they published an article in Journal of Comparative Neurology descriptive massive connections between the claustrum and different brain regions in mice.

Read more: This is your magic mushroom brain

Barrett says that “while the claustrum has received attention as a potential mediator of consciousness as well as psychedelic experience, our current thinking is that the claustrum helps integrate and orchestrate the coherence of brain networks as they support perception and cognition.”

How psychedelic drugs work on the human mind

Variations in claustrum activity levels are associated with different states of consciousness. For example, the claustrum coordinates synchronized slow wave activity in the brain. This particular state of consciousness is characteristic of certain stages of deep sleep, during which the brain maintains synapses and consolidates memories. Neuroscientist Yoshihiro Yoshihara and colleagues at the RIKEN Brain Science Center recently published a compelling study in Nature Neurology. They showed in mice that increased neuronal activity in the claustrum mediates global silencing of brain activity by slow waves in the resting state.

Psilocybin probably suppresses the so-called gatekeeper function of the claustrum, causing a loss of organized, limited brain activity, According to neurologists Robin Carhart-Harris and Carl Friston. Such desynchronization increases connectivity between areas of the brain that are not otherwise engaged with each other, resulting in a shift in consciousness.

Combined with supportive psychotherapy, such expansive, unrestricted cross-talk between brain regions is believed to help disrupt habitual patterns of thought and behavior, resulting in psychological breakthroughs. This mechanism may also explain how psilocybin can effect positive change in such a wide variety of psychiatric conditions. Neuropsychopharmacologist David Nutt and colleagues at the Center for Psychedelic Research at Imperial College London discuss these ideas in document published in cell.

Although anecdotal, Albert Einstein believed that his deepest scientific breakthroughs happen because he plays the violin. He said this practice encouraged communication between different parts of his brain in unique ways that were otherwise unavailable to his mind. Could it be that Einstein was describing a state of consciousness induced by creative pursuits that mimics, albeit to a much lesser degree, the effect of psychedelics on the brain?

Barrett believes that listening to and playing music requires a similar presence of mind as deep meditation—a connection to the here and now. Barrett says that “one of the unique anecdotal effects of psychedelics is said to be complete absorption in the present moment, and to that extent I truly believe that musical experiences can involve similar states of consciousness (albeit to a much lesser degree) like those of the effects of psychedelics.”

Evolution of human consciousness away from drugs

Psychedelic experiences and altered states of consciousness can occur in the absence of mind-altering drugs. For example, sensory deprivation is known to cause hallucinations. In fact, sensory deprivation therapy can help treat some of the same psychological disorders as psychedelic therapy, such as depression and anxiety. Given the claustrum’s role in integrating multisensory inputs, investigating its function in drug-free psychedelic-like experiences may answer some intriguing questions about human consciousness in the future.

Barrett suggests that the claustrum likely plays a fundamental but different role in all of these experiences: “The lack of sensory input may indeed lead to an imbalance or disruption of the typical networks and circuits involved in claustrum function, but the mechanism is not clear by what way this can happen.

While we have not yet cracked the code of human consciousness, incremental discoveries from various disciplines can stimulate scientific creativity and enable continued progress. Perhaps it is precisely such expansive, unrestricted communication between research fields that will lead us to our deepest breakthroughs.