What science says about the potential healing effects of essential oils 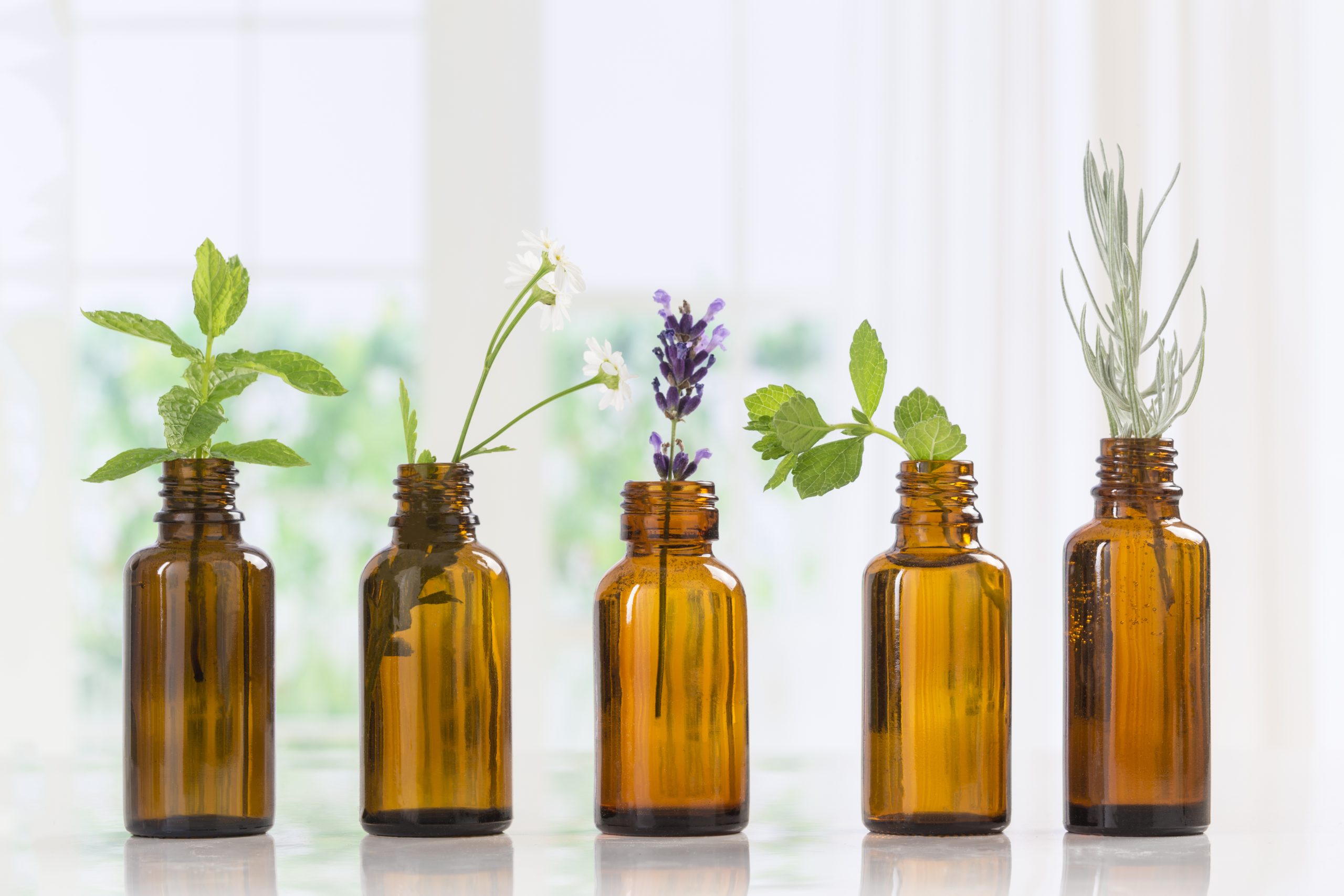 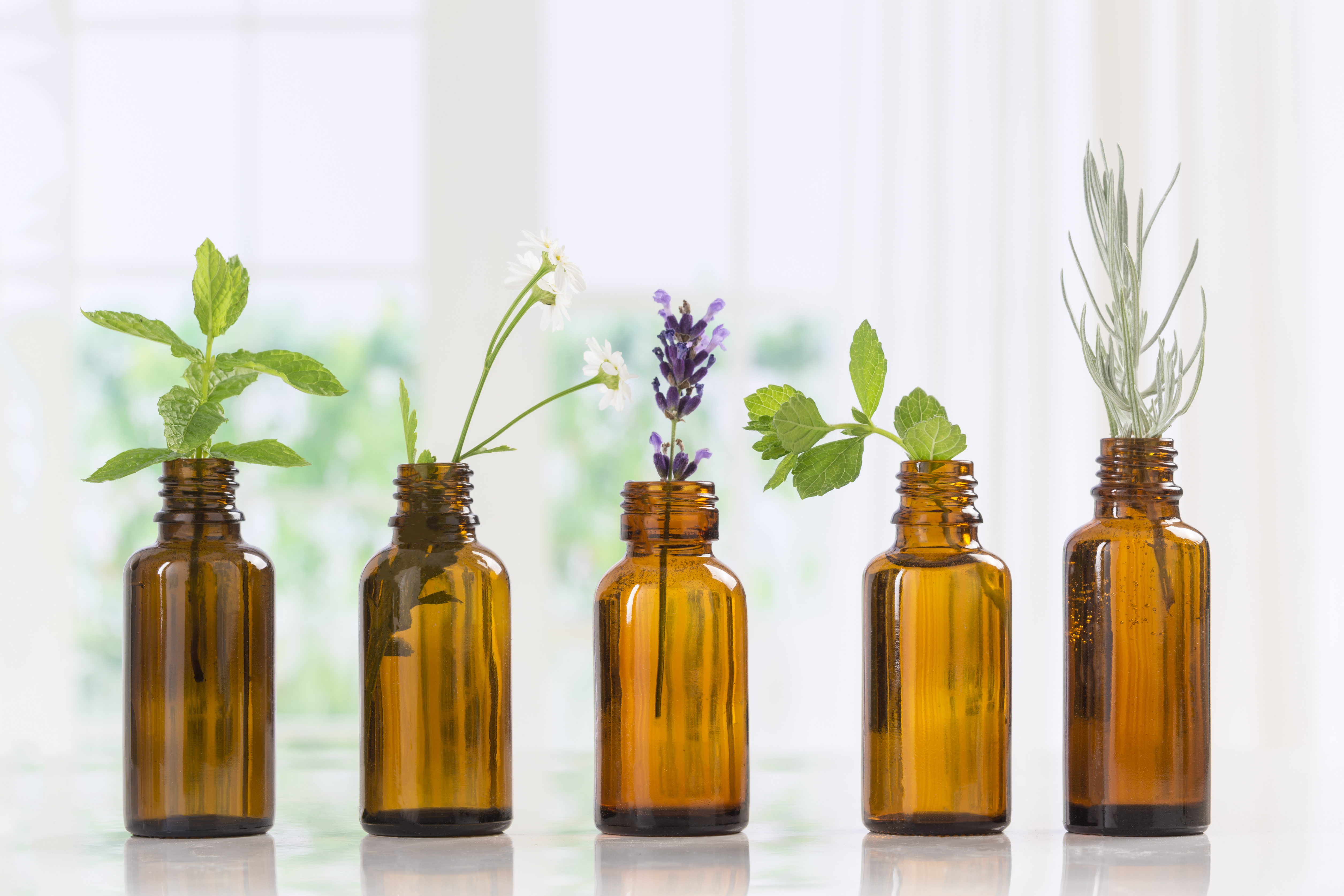 This article was originally published on February 18, 2020.

Since the dawn of civilization, people have turned to the power of plants for healing purposes. But one folk remedy in particular seems more popular than ever: essential oils.

Today, there is a renewed interest in using essential oils to improve physical or mental well-being. A poll found that one-third of Americans believe in the health benefits of essential oils and aromatherapy. No longer niche, these little vials of plant essence are a billion-dollar industry. favored by Gwyneth Paltrow and grandmas too.

With about 90 essential oils on the market—each with its own purported healing properties—there is a so-called “cure” for almost everything. Lavender, sandalwood and bergamot are popular essential oils to relieve stress. Varieties such as ylang-ylang and jasmine are believed to increase libido. Some, like lemon oil, are thought to address a whole list of conditions: morning sickness, pain, and acne, to name a few. But there’s a problem with the claims made about essential oils: Science hasn’t caught up with their popularity. There simply haven’t been enough large-scale, peer-reviewed human studies to prove whether essential oils can actually improve health or mood, or to support other oft-touted health benefits of essential oils.

With that in mind, let’s break down what essential oils are, how they’re thought to work, and what research says about them.

What’s in Your Oils: Are Essential Oils Safe?

Essential oils are highly concentrated extracts of plant material – such as seeds, flowers, stems or roots.

But it can often be difficult for consumers to know what they are really buying. The market is unregulated, so there tends to be a lot of variation between essential oils—even among those that come from the same brand.

“The composition of essential oils will vary from batch to batch because they are extracted from plants that vary from country to country, field to field, and even in the same plant from morning to night,” says Mark Moss, a psychologist who studies essential oils at Northumbria University in the UK, in an email to Find out. “The main components will always be there, but the relative concentration will vary.”

Another important thing to keep in mind is that essential oils have not gone through the rigorous testing and approval of the FDA like the over-the-counter medications available at the neighborhood drugstore. So what essential oils do for health, if anything, is still pretty nebulous.

“Essential oils are neither drugs nor medicines, as the effects have not yet been fully evaluated from a scientific perspective,” Hideki Kashiwadani, a physiology researcher at Kagoshima University in Japan, said in an email to Find out.

However, essential oils are widely popular, especially among people who have dissatisfied with modern Western medicine. And this alternative therapy shows no signs of slowing down.

How essential oils are used

Most essential oils are inhaled by diffusion or applied topically to the skin after mixing with a carrier oil. Other essential oils are supposed to be taken, but medical professionals and health authorities generally warn about the safety of this method.

When essential oils are inhaled through aromatherapy, the compounds are absorbed through receptors in our nose, which send messages to our olfactory system, the part of the brain responsible for our sense of smell. Eventually, these messages reach other areas of the brain, such as the limbic system, which plays a role in our emotions.

Read more: The human sense of smell is more powerful than we think

When essential oils are applied topically for cosmetic reasons or to treat pain, the compounds are absorbed into the skin and eventually enter the bloodstream before being metabolized by the liver.

But beyond that, even scientists have a hard time figuring out what different ones essential oils really do. Because there are no accepted standards for essential oils, Kashiwadani explains that scientists often find it challenging to replicate another scientist’s experiment.

“One of the problems with essential oils and the lack of standardization is that you can’t tell if two researchers are actually testing the same essential oil,” says Moss.

But other problems—which are surprisingly common in scientific research—further complicate matters. For example, human studies on essential oils are few and far between. Of the research conducted on humans, many studies involve small numbers of participants who can skewed results. As a rule, reviews or meta-reviews that draw conclusions from a large number of similar studies tend to be the most reliable and comprehensive.

We must also remember that correlation does not equal causation. In other words, a mere association between two things is not enough to prove direct causation. So even if a study found that people who smelled the scent of lavender felt less anxious, something else could be responsible for the effect (like controlled breathing).

Furthermore, research results can sometimes be misinterpreted or exaggerated. When scientists study treatments, they look for changes that are “statistically significant.” All of this means that the results cannot be explained by chance alone. So the effects of an essential oil may be scientifically significant, but fall far short of what we might consider significant.

In light of the lack of research on essential oils, much of the information regarding the health benefits of essential oils is generally anecdotal or rooted in folklore. And their safety has not been fully verified. So it’s important for people to remember that natural or organic doesn’t directly mean “safe” or “healthy.” Plant compounds – especially in high doses – may be toxic, irritating or may cause allergic reactions or drug interactions.

What are the health benefits of essential oils?

But essential oils may not be completely useless. Based on his own work, Moss said that rosemary, sage and peppermint oils can improve memory and cognition to some extent. He also says lavender is associated with improved sleep.

Just don’t expect essential oils to be magical elixirs. They are far from medicines and should not replace standard medical care.

“Effects of essential oils are small. They are not a panacea. They can provide small benefits to people and, in my view, should be seen as life-enhancing tools for self-care, not as a treatment as such,” Moss said.

If nothing else, many essential oils smell nice. So if spraying your pillow with lavender oil brings pleasure and relaxation – even through the placebo effect – is there really anything wrong with it?

“Don’t look for solutions to problems. Think about the potential to enjoy the experience. That in itself is a benefit,” Moss said.

Read more: The power of the placebo

Are essential oils safe and effective for certain medical conditions? The jury is still out, but Find out compiled some of the published work examining the effects of some popular essential oils in animals and humans. If you’re considering trying essential oils, check with your doctor first.

The woody aroma of rosemary can do more than liven up a roast chicken. A small study of 20 people by Moss’s research team at Northumbria University related rosemary to improve memory and cognitionespecially among older people.

Another small study by Moss’s team found that rosemary could improve test scores among school-age children. Children who took tests in rooms smelling of rosemary scored higher than children in unscented rooms.

Despite her research work on rosemary, Moss said she’s not necessarily in favor of promoting the use of essential oils, but she believes consumers should be able to make their own choices.

Lavender is one of the most popular aromas in aromatherapy. Studies in both mice and horses have found that the scent of lavender has a calming effect. Small human studies have found that it may have a moderate effect on anxiety.

A study of 100 people found this lavender slightly improves anxiety before surgery. However, the researchers caution that further research is needed before any conclusions can be drawn between the scent of lavender and anxiety.

Taking lavender oil capsules by mouth may also have some effect on anxiety. This shows a meta-analysis of five studies involving more than 500 people, which looked at how lavender capsules measured up to placebo and some anti-anxiety drugs. Although lavender capsules (also known as Silexan) help with anxiety, they also cause unpleasant side effects such as nausea, belching, and diarrhea in some people.

Lavender is also a common sleep aid. Completed review of studies that it may offer some small to moderate sleep-promoting benefits. However, the review called for larger and more rigorous studies that examine lavender and sleep.

Beyond that, lavender may have some prosocial benefits. A study involving 90 people found that the scent of lavender was more effective than a control at promoting feelings of trust among strangers.

But lavender oil might not be a good idea for everyone. It can be a hormone disruptor, and studies have linked regular exposure to lavender oil to abnormal breast growth in girls. Lavender (and tea tree oil) have also been found to cause abnormal growth of breast tissue in boys.

Peppermint oil, which may have pain-relieving properties, has been used for centuries for treatment of gastrointestinal problems. But unlike some other essential oils, there is pretty solid evidence to support these claims. Reviews of studies show that taking peppermint oil capsules can relief of symptoms of irritable bowel syndrome, such as gastrointestinal pain.

A small pilot study also found that peppermint oil capsules can be useful for people who have swallowing problems while eating or experiencing non-cardiac chest pain. Consuming peppermint tablets helped relieve discomfort in these patients, possibly because the compounds helped relax the smooth muscles in the lower esophagus.

Tea tree oil is often found in beauty products due to its purported antimicrobial and anti-inflammatory properties. When applied to the skin, tea tree oil can be an effective treatment for mild to moderate acne.

A review study found that tea tree oil was better than a placebo and as effective as benzoyl peroxide in stopping pimples. In addition to acne, several older studies show that tea tree oil may be helpful for: nail fungus and athlete’s foot