Why are we still so fascinated by Amelia Earhart? 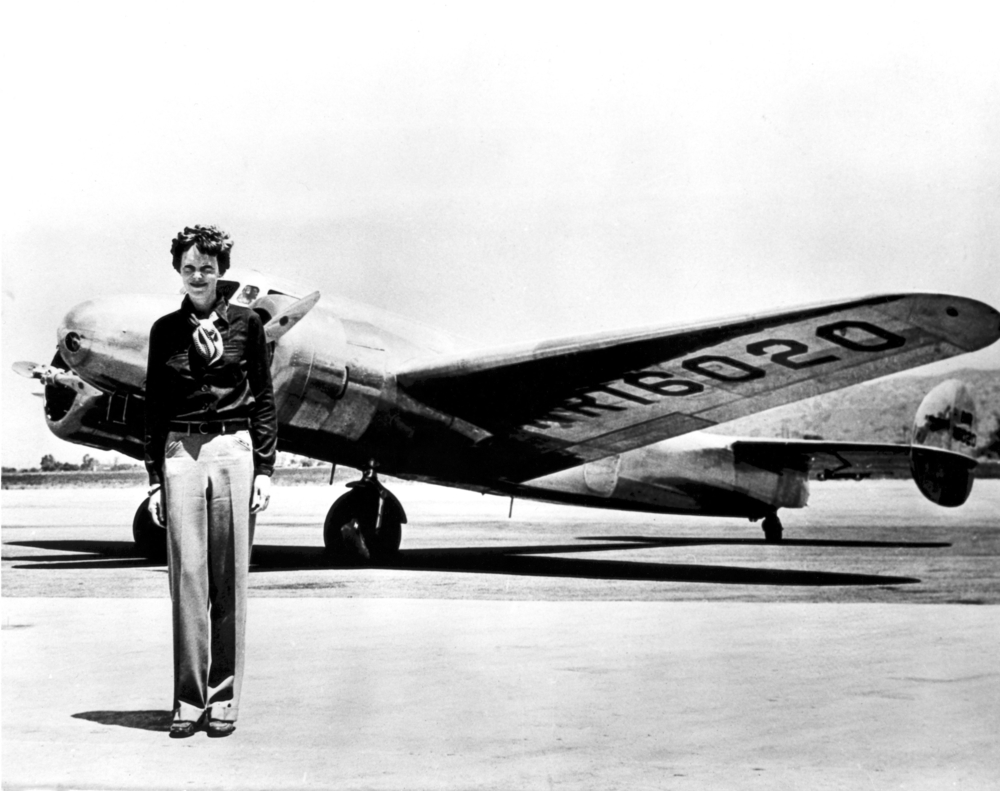 On July 2, 1937, distress signals were sent from Amelia Earhart’s plane. She had almost reached Howland Island, an uninhabited spit of land halfway between Hawaii and Australia, but she was low on fuel and running out of time. More distress calls followed throughout the day; then the line went silent. At this point, Earhart and her navigator, Fred Noonan, crashed Lockheed Model 10-E Electra into the Pacific Ocean, never to be seen again.

Since then, we’ve remained compelled by the mystery surrounding Earhart’s death — and her life in general. Earhart was both an inspiration for aviation in general and for women who wanted to live outside the societal norms of the time. Last month she was recognized with a a stunning bronze statue on Capitol Hilla new addition to the National Statue Hall Collection.

According to Dorothy Cochrane, curator in the aeronautics department at the National Air and Space Museum, the honor doesn’t come too soon. “She was a pioneering aviator who made the first solo flight by a woman across the Atlantic Ocean, but she was also a role model for women, showing them they could do the same things as men,” says Cochrane. “She was willing to get out there on newsreels and on the radio to engage the public and do what was needed both for aviation and for the advancement of women.”

Her personality made her extremely popular

During her lifetime, Earhart was incredibly popular because of her personality, Cochrane says — and that popularity continued after her untimely death at age 39. Although she was a private person who wanted to keep many aspects of herself out of the limelight, Earhart was willing to play the game to make her dreams come true. And along the way, people came to love her. “She had charisma and knew the media. She was also practical, fair and honest,” says Cochrane.

The public liked Earhart for her “Midwestern personality.” But at the same time, they were also inspired by her independent thinking. She always knew she wanted to do something different and that the traditional life of a wife and mother was not for her. In the early 20th century, there was almost no way for women aviators, and for women in general, to have any path outside the home. But it was her courage that stole the show. “Earhart was tenacious and courageous at a time when most people who attempted transatlantic flights were not successful,” says Cochrane. “They either had to be saved or they were going to perish at sea.”

The mystery behind her death

Earhart eventually perished, as did many aviators before her. She went from international celebrity to disappearing into the ocean, creating an instant level of intrigue that’s hard to match. “Everybody knew she was on a world flight. And then, suddenly, she’s gone,” says Cochrane.

The public mourned her death, but Earhart eventually retreated from the limelight—until the 1950s, when people began pushing “alternative theories” surrounding her disappearance, such as that Earhart and Noonan landed on Japanese controlled Marshall Islandswhere they are taken hostage as American spies.

Still, Cochrane is not convinced. She says there is no indication that Earhart made it to other islands and that reported sightings of her are a myth. “She was on course for Howland Island where the Coast Guard was getting loud voice messages from her,” she says.

But she never made it. Eventually the plane ran out of fuel and Earhart and Noonan went to the Pacific with it. Experts suspect the tragedy was likely the result of a faulty communication system between the Coast Guard and Earhart, part of the reason the plane was never found.

Yet today, people are as fascinated by who Earhart was—and what she stood for—as they are by her disappearance, and so she remains an important figure. “She was someone who followed her dreams and was able to make something of herself as a result,” says Cochrane. “That makes her a powerful symbol even today.”