Why you should care about preparing the planet for disasters 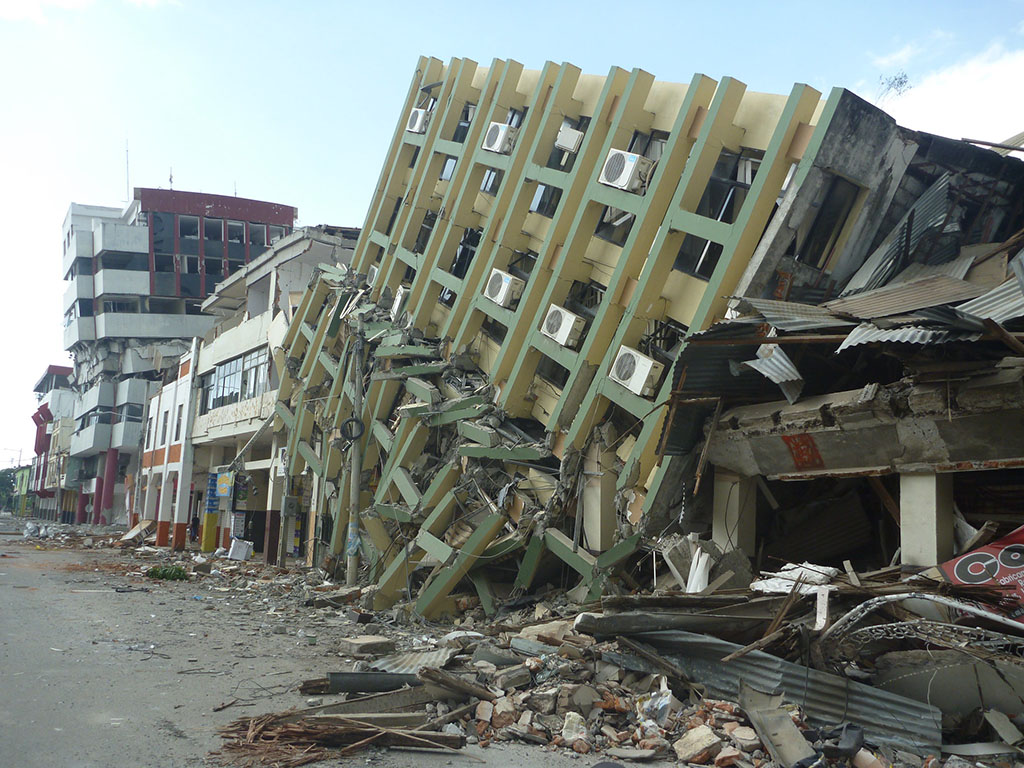 We hear about disasters almost instantly today. If there’s a major earthquake, eruption, or typhoon, we learn about it almost in real time, with journalists on the ground, government agencies posting information, and social media (for better or worse) tweets and the like quickly spreading images and videos.

Yet, with all this rapid spread of news, we still exist in a world where catastrophic events on the other side of the planet (or even the other side of the country) can seem detached from your own life. This is a perfectly normal human reaction because the perception is that it is the local that will have the greatest impact on your existence. This may be true for many things, but in our increasingly interconnected world, it is no longer that simple.

If we want to think about the impact of disasters and how we perceive them, we must first think about the time scales and scales of natural disasters. Not all hazards are the same in terms of how much of the area they affect (length scale) and how often they can have a significant negative impact (time scale).

The time scale of the disaster

Just by watching the news, you can get an idea of ​​the graphs of various disasters. Most weather-related events—tornadoes, hurricanes, droughts, floods—occur every year, probably several times. If we extend this to events such as anthropogenic climate change, then we are looking at disasters that unfold on a time scale of years to centuries. Take this even further than global ice age cycles, we’re talking millennial time scales.

Geological events such as earthquakes and volcanic eruptions that are large enough to become disasters typically occur on a time scale of years to centuries. We tend to see destructive earthquakes every year with truly catastrophic ones on a decade or half-decade time scale. We can lump tsunamis in with this as well, although really damaging tsunamis can occur every decade or few decades. Landslides occur on time scales that may be only weeks to months between destructive events.

Eruptions may be the same, but with volcanoes we can also consider very large eruptions that can occur globally every few centuries to every 10,000 years. We can even consider adding changes in the Earth’s magnetic field on millennial or longer time scales to potential geological hazards.

Impacts by large comets or asteroids, especially those that could have a catastrophic outcome, appear to be on the time scale of thousands to millions of years. We’ve definitely had some significant impacts in the last 10,000 years, but not devastating ones. Other astronomical hazards like gamma ray burstssolar flares, local supernovae, and others occur on time scales that we simply haven’t constrained, but are likely in the range of hundreds of thousands to millions of years.

How large an area a natural hazard can affect varies widely. You can imagine the trail of a devastating tornado across a landscape where only a few hundred feet across are devastated, or a landslide taking out a row of houses at the bottom of a slope. Earthquakes and eruptions can completely destroy cities and areas covering hundreds of square miles. Hurricanes, typhoons, and tsunamis can devastate large tracts of land along the coast of a continent (and any islands off the coast).

On the other side of the spectrum, a massive asteroid impact could create a shock winter that affects the entire planet. The same could be true of changes in Earth’s magnetic field or gamma ray bursts that would bathe the entire planet in radiation.

This vastly different range of length scales—local, regional, global—can lead people to say that living somewhere means you “ask about it”. Damaged by an earthquake when you live in Los Angeles? He knew it would happen. A house blown away by a hurricane on Cape Hatteras? You should have seen it. This leaves many in places where disasters are less common with a sense of “disaster superiority”, leading to less empathy for those directly affected.

Yet if the COVID-19 pandemic (another kind of disaster) has taught us anything, it’s that events in far-flung areas will have an impact even on people who aren’t in the line of fire, so to speak. The dramatic shutdown of industrial production in China due to the pandemic engulfing the planet’s supply chains. When hurricanes hit the Gulf Coast of the United States, gasoline prices go up refining ability is affected. The 2010 eruption of Eyjafjallajökull caused chaos in air transport in much of the Northern Hemisphere, even though the volcano was in the middle of the North Atlantic and far from the population.

We have developed a world where major disasters that are far away are not as “far away” as they once were. The the eruption of Tambora in 1815 may have caused the “year without a summer” leading to crop failure, disease and potential revolution, but many people didn’t hear about the eruption for months (or more) afterwards. They would feel the results sooner than they would know what caused them. Now, 200+ years since this eruption, imagine the impact of such an event on a planet where crops in one region feed a large portion of the population… and how quickly we will all learn of this dramatic event unfolding.

How we think about disaster

So what should we do about it? Natural hazards like these are not really events that we can stop from happening. We’re not going to “detonate” a hurricane with a nuclear weapon or drill to release pressure from a volcano. Maybe we’ll be able to deflect an asteroid in the next century, but that’s still in the realm of science fiction. If the danger is large enough, the global impact is clear, but we are still behind in preparing for such an event (see: COVID-19).

Yet even the smaller, more frequent, more local events need our attention. You might say that someone in Ohio shouldn’t worry about disaster preparedness in California because A “big one” that could rip the Bay Area apart it will not be felt in the Midwest. Still, knocking out that part of the country for weeks or more will quickly feel the economic impact.

Or leave low-lying countries to fend for themselves in the face of climate change — rising sea levels or bigger typhoons — and see what happens. The influx of refugees from these areas can drastically and permanently change areas … leaving some people to resent these victims of natural hazards. The average Ohioan will never need to worry about the Atlantic Ocean flooding their home, but many people who see their homes destroyed could move there to escape the merciless seas.

What it comes down to is the need to build disaster resilience at local, regional and global scales. All citizens of the Earth, especially in rich countries, must realize that disasters are no longer distant events and that we must prepare ourselves and those far away from these events. Continuing to act as if only we can compartmentalize preparedness for what you have direct contact with will lead us to more disasters like COVID-19 or much, much worse.